When it opens next month in One Bellevue Place, the Nashville Predators’ new ice facility figures to be a major catalyst to Bellevue’s economy.

(BELLEVUE, September 6) – Members of the Bellevue-Harpeth Chamber of Commerce were treated to a tour of the Ford Ice Center on Friday afternoon. It was an opportunity for area business leaders to get a “sneak peek” of the new facility in advance of its first event, the CCM Nashville World Invite, October 4-6. More than 50 teams are expected to compete. The public Grand Opening is slated for October 12. 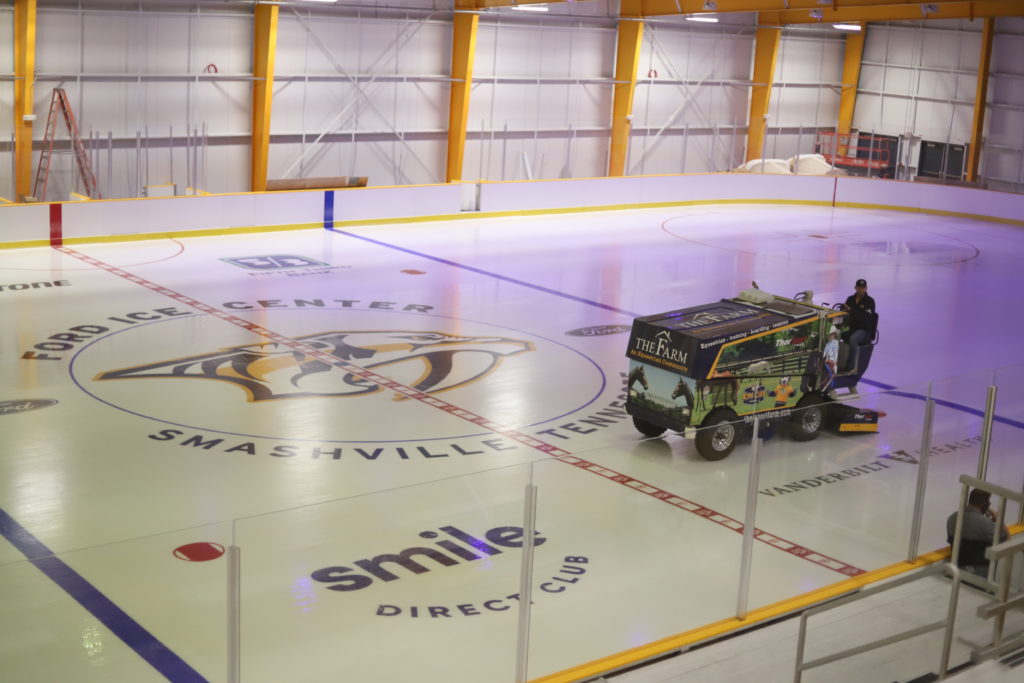 Key stakeholders include the teams and leagues that use the facility, the Predators and the Bellevue community. For the Predators, it’s an opportunity to grow the game and their fan base by providing more ice time for local players of all ages. And as a destination facility, the Ford Ice Center will drive visitors to Bellevue-area restaurants, hotels and retail outlets. 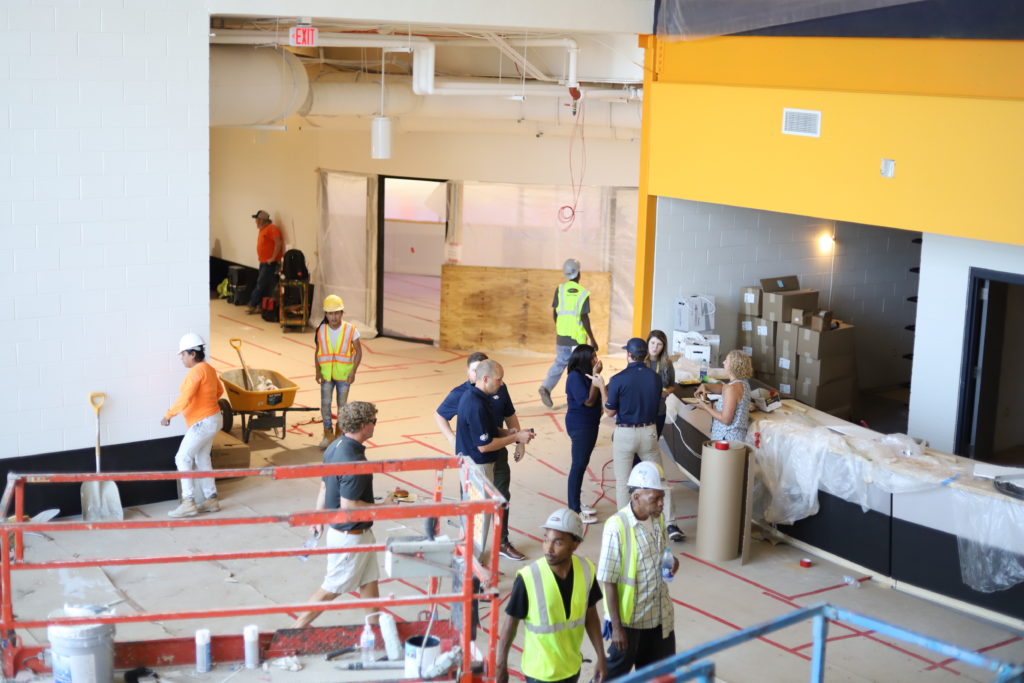 Workers and staff oversee interior construction of the Ford Ice Center at One Bellevue Place.

This will be the second Ford Ice Center that the Predators have opened in Davidson County. A companion facility is located in Antioch. The Bellevue location will be 20,000 square feet larger and will feature two rinks (including one with seating for 1,000 spectators) a restaurant and bar, meeting space, and a new Bellevue Community Center. 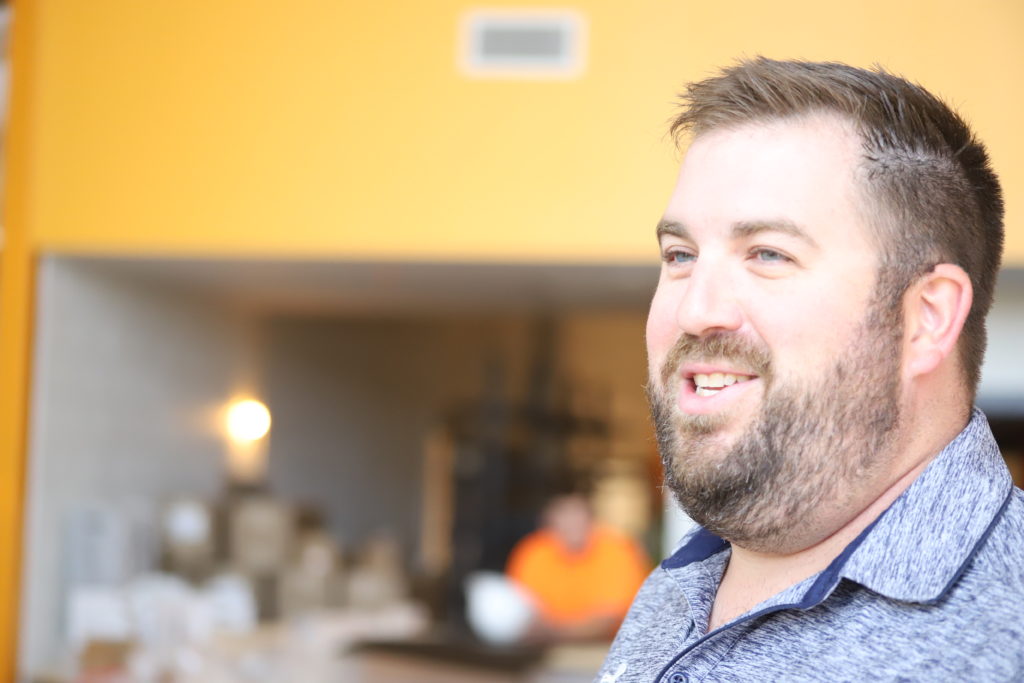 According to General Manager Danny Butler, the facility will host high school games, regional and national tournaments and rec leagues. It will also serve as home ice for the Vanderbilt Hockey Club and the Predators will conduct annual practices that will be open to the public.

The Ford Ice Center will be open virtually around the clock, only closing for cleaning and maintenance for a few hours in the wee hours of each morning. 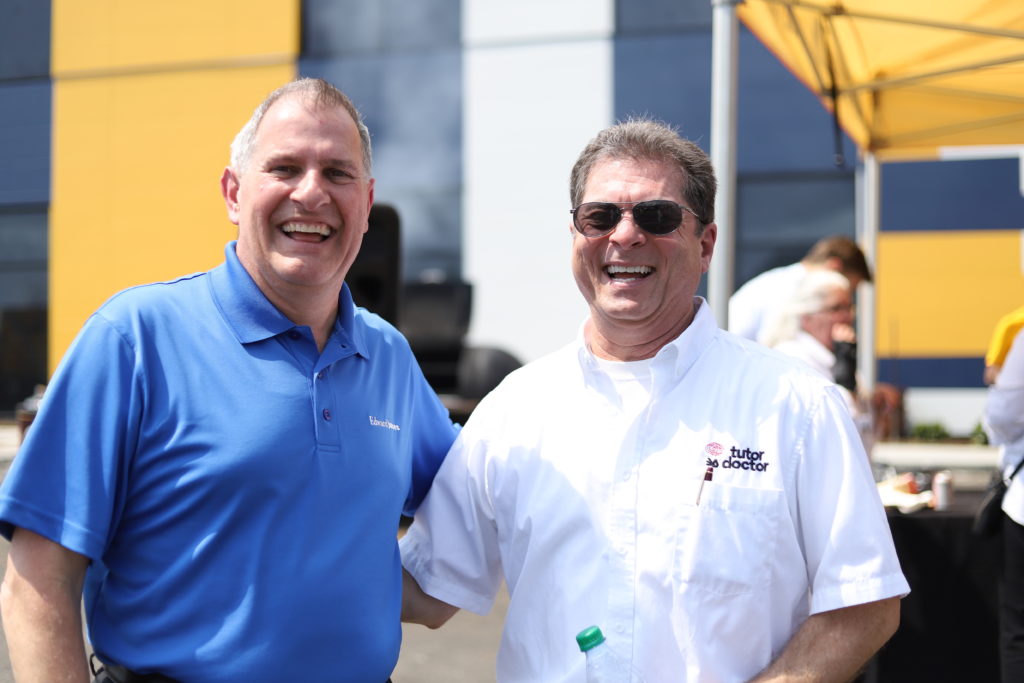