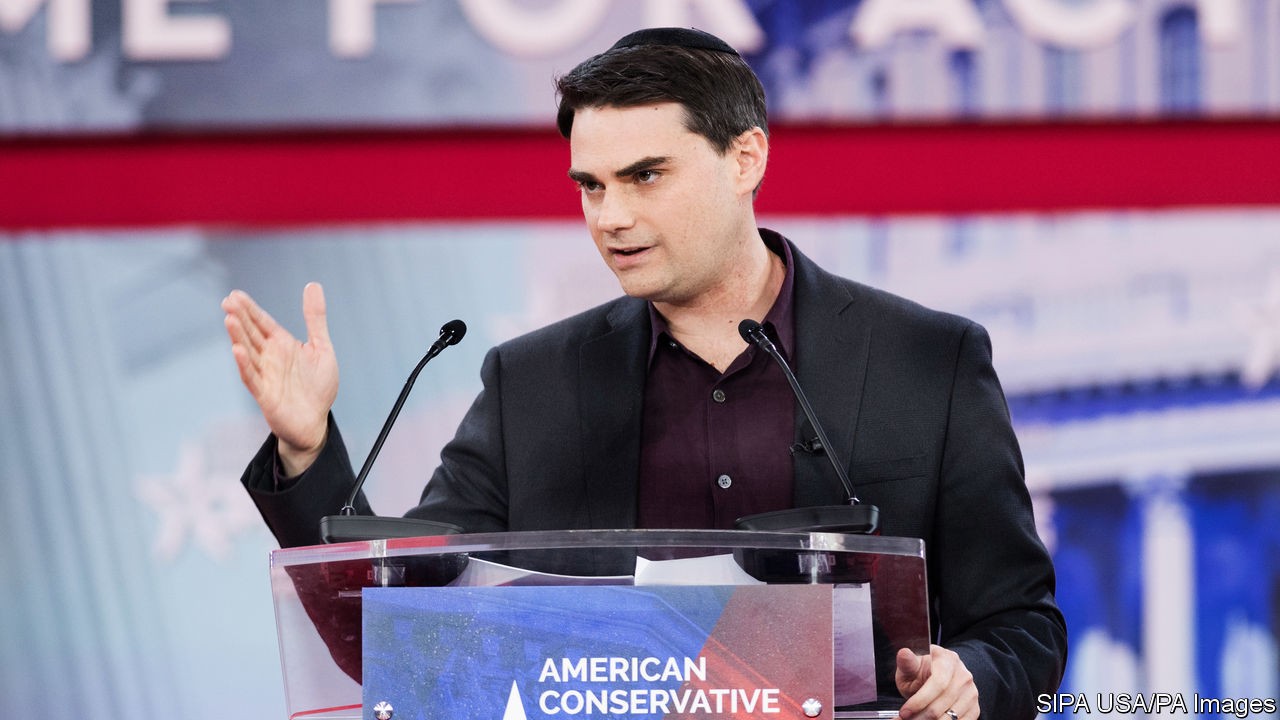 Ben Shapiro, a prominent conservative political voice and co-founder of The Daily Wire (DW), is leaving his home state of California and relocating to Nashville. He’ll bring DW’s operations and most of its 75-person staff along with him.

Shapiro announced the move recently along with DW co-founder Jeremy Boreing, citing deteriorating conditions in California that he blames on the state’s political class. “Terrible government has consequences,” Shapiro posted on his Twitter account. 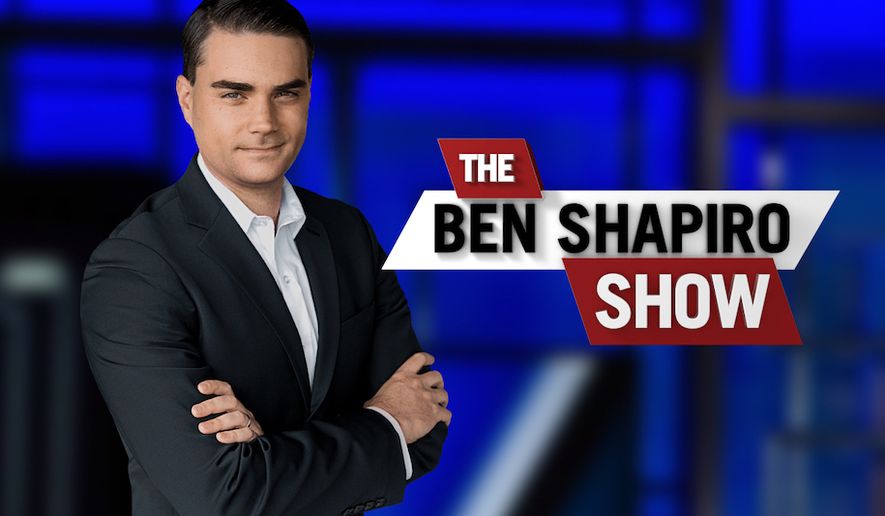 According to Boreing, Nashville was selected because it “offers the creative talent we need to keep growing the business.” An official timetable for the move and selection of the company’s headquarters has yet to be announced, although Boreing has stated that he will move to Nashville in November.

Known for his dry wit, fearless opinions and rapid-fire pattern of speech, Shapiro is a best-selling author, columnist and frequent guest on cable newscasts and talk radio. He has 3.2 million Twitter followers and is host of The Ben Shapiro Show, one of the nation’s top ten podcasts.

Grand Hyatt Nashville, the city’s newest luxury hotel, opened October 1 at 1000 Broadway. The 25-floor, 591-room property is the first pillar of the highly anticipated 18-acre Nashville Yards development. Adjacent to The Gulch and Downtown, Nashville Yards eventually will feature residential apartments and condos, a dining and entertainment district and new headquarters for Amazon.

Grand Hyatt Nashville is home to one of the tallest outdoor rooftop lounges in Nashville, a fifth-floor pool deck overlooking downtown, world-class spa R+R Wellness, and seven culinary experiences – including a new concept offering reimagined American classics from James Beard Award-winning chef, Sean Brock, at The Continental. The hotel is within walking distance to many of Nashville’s most popular attractions, including the Nashville Convention Center, Country Music Hall of Fame, and Bridgestone Arena. Locally it will compete with JW Marriott Nashville at 201 8th Avenue South. 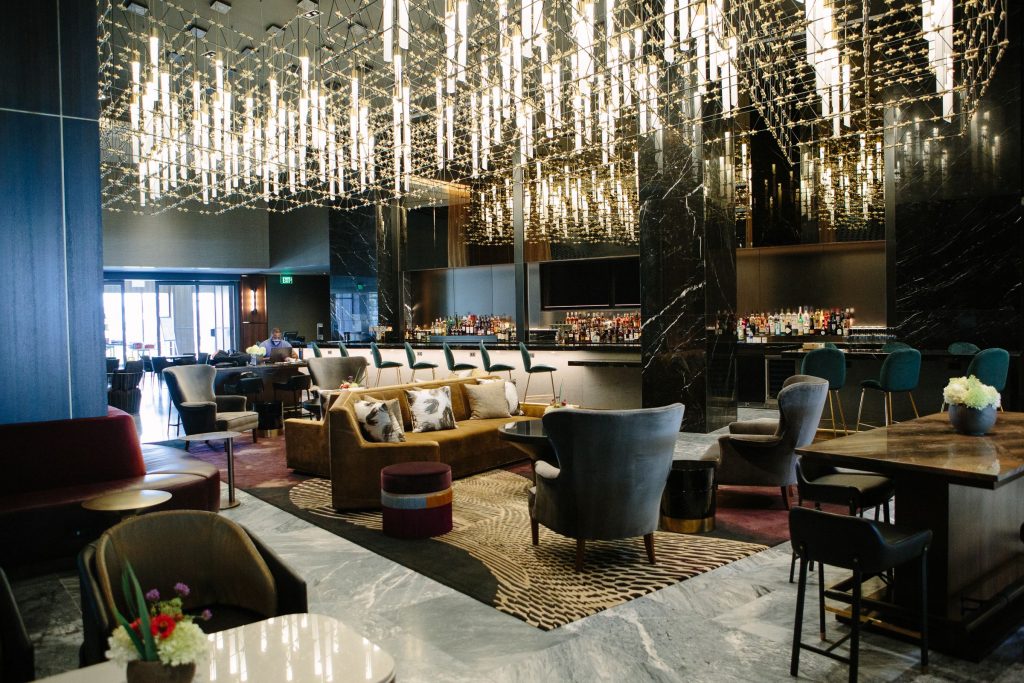 “We are delighted to celebrate the grand opening of Grand Hyatt Nashville, a truly exceptional hotel located in the heart of downtown Music City and the very first project to open its doors within the Nashville Yards development,” said Cary Mack, co-managing partner of Southwest Value Partners, the owner and developer of Nashville Yards. “I’m incredibly proud of the work that’s gone into creating such an extraordinary property that blends Nashville’s history and culture with outstanding amenities, stunning design, and industry-leading customer service.”

“Grand Hyatt Nashville embodies the brilliant and captivating spirit of the Nashville Yards with thoughtful architecture and design,” said Grand Hyatt Nashville General Manager John D’Angelo. “We are thrilled … to deliver a personalized guest experience that is authentic to Music City and serve as a social hub that entertains and delights locals and visitors.”

For over 100 years, the site of the hotel and its parent campus, Nashville Yards, served as the home to a transportation hub and rail yard (it’s directly across Broadway from Union Station Hotel), lumberyard, brickyard and stone yard. The history of the site was defined by connections – connecting people, material, the community and Nashville to the surrounding regions of the country. The hotel design was inspired by the site’s history as it incorporates references to the rail lines in large art installations and creative lobby seating that pays homage to the lumberyard. 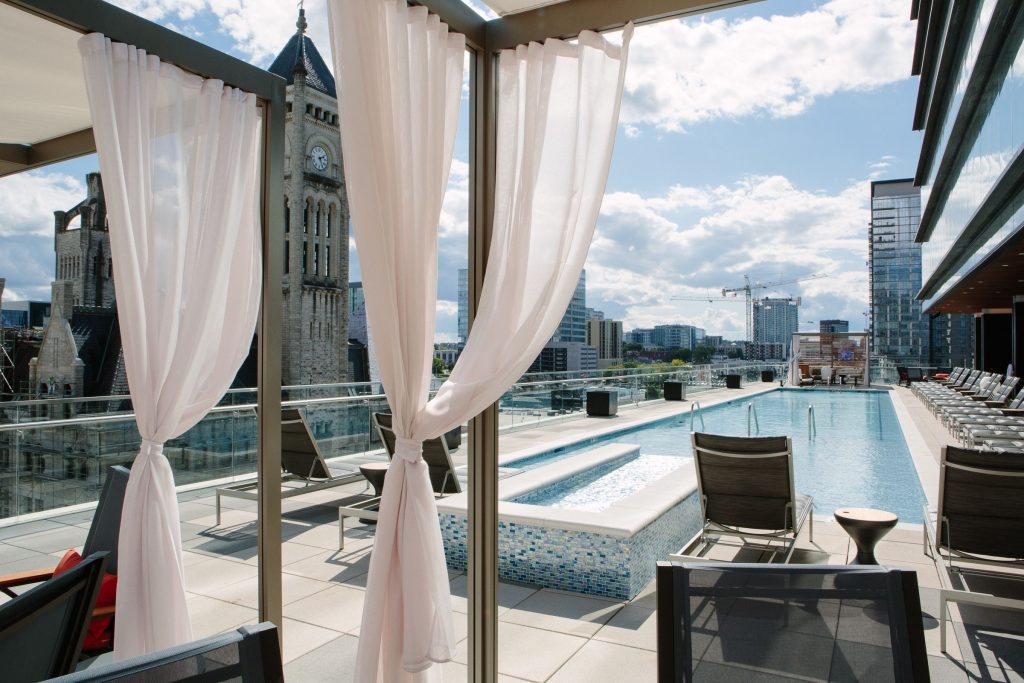 Grand Hyatt Nashville is one of only 14 Grand Hyatt properties in the United States. For more information or for room reservations visit  www.grandhyattnashville.com or call (615) 622-1234.

The Urban Land Institute (ULI) has recognized a West Nashville development for a 2020 ULI Nashville Excellence in Development Award. L&L Market on Charlotte Pike was selected for its transformation into a popular destination to eat, shop and exercise. It was one of three Nashville projects recognized in the small, private sector category.

L&L Market is a 55,000-square-foot retail, restaurant and office marketplace created out of a 100-year-old property that most recently housed a restaurant supply warehouse. The project’s vision was to create for Nashville an atmosphere akin to New York’s Chelsea Market or Napa’s Oxbow Market. Currently L&L is home to nearly 30 high-end, independent dining, retail and fitness establishments. 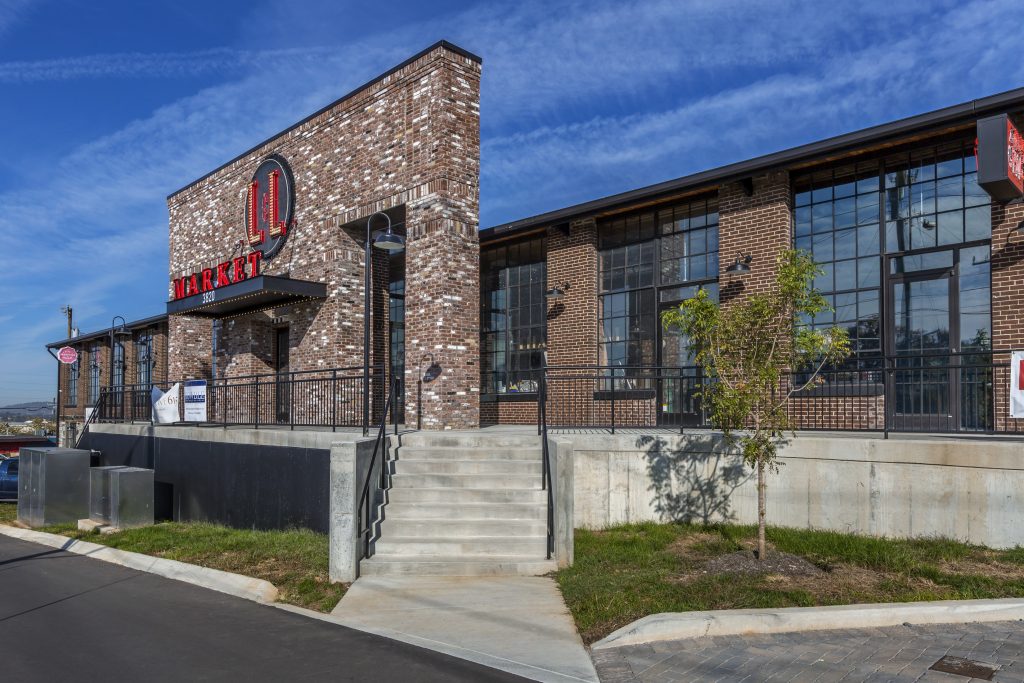 “My vision was to turn this old building into a mall, and it turned out beautifully,” said owner and developer, Tamay Ozari who set out “to give back something good to the neighborhood and greater Nashville area.” I decided to turn this place into the coolest mall in Nashville.”

The ULI Nashville Excellence in Development Awards program celebrates the creativity and vision in land use and real estate development, which reflects exemplary design, sustainability and commitment to community, among other criteria. The awards entries were judged on criteria that support ULI’s commitment to best practices in the use of land and leadership in creating and sustaining thriving communities worldwide.