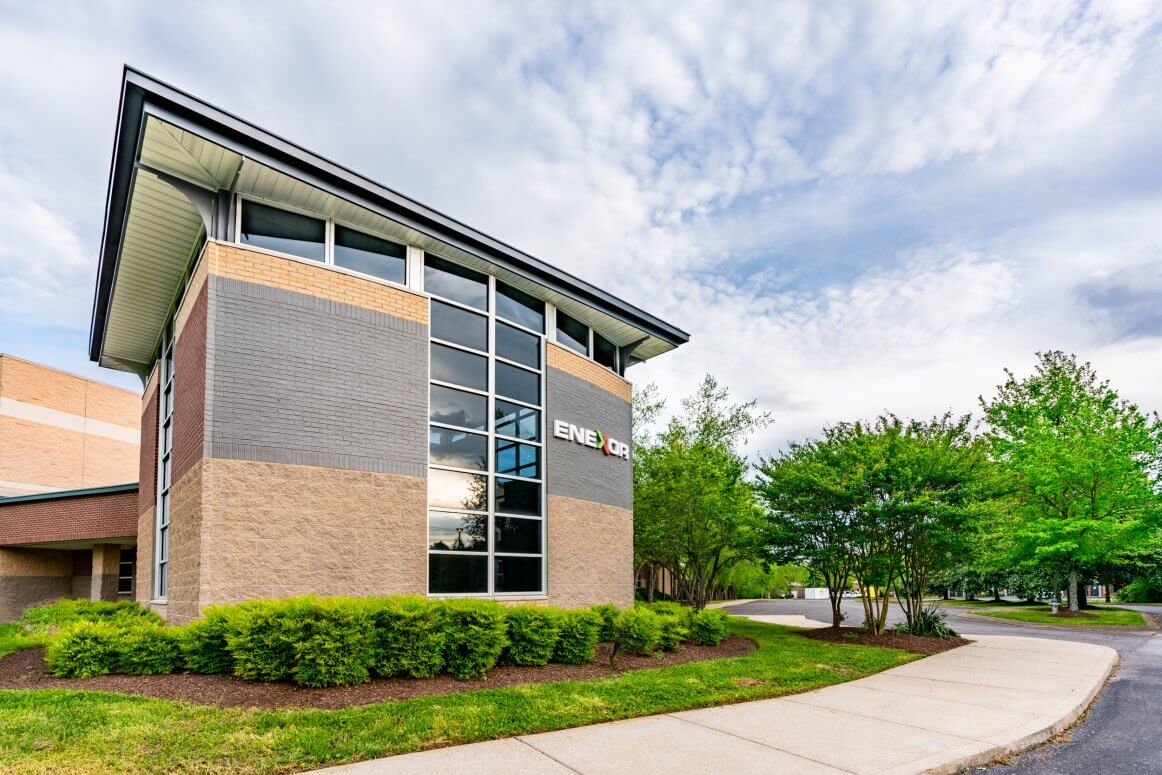 Franklin-based Enexor BioEnergy announced it has been selected as one of three companies to participate in the Halliburton Labs’ clean technology accelerator program where entrepreneurs, academics and investors come together in a collaborative environment to advance cleaner, affordable energy.

“We are seeing tremendous inbound customer demand for Enexor’s renewable energy solution from across the world,” said Lee Jestings, founder and CEO of Enexor BioEnergy. “We are honored to join Halliburton Labs. Their broad global network and deep manufacturing expertise will assist Enexor in meeting its significant worldwide demand while making a significantly positive environmental impact. This is a major step forward in our worldwide launch.” 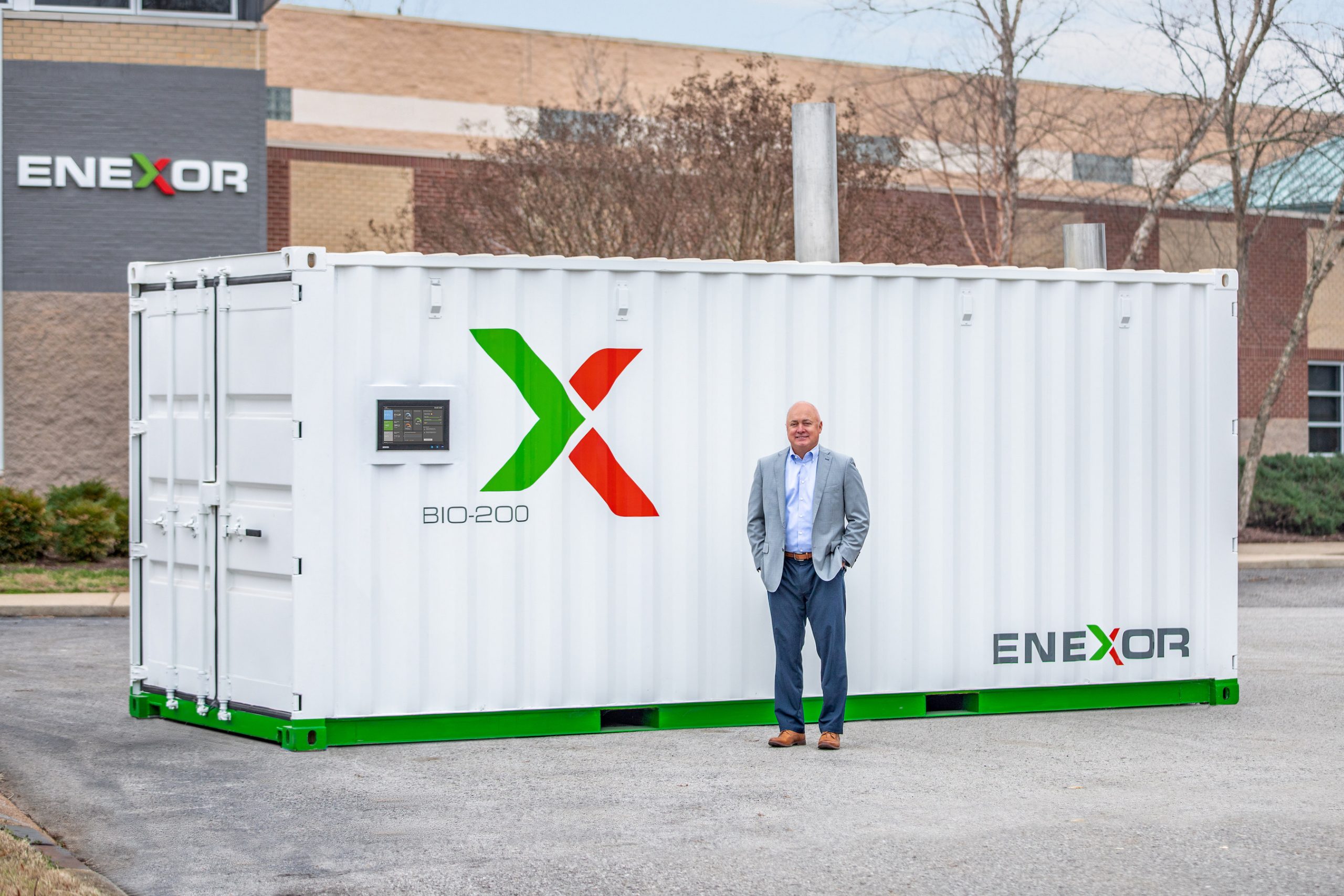 Lee Jestings, Enexor BioEnergy Founder and CEO, and the Bio-200 at Franklin headquarters.

Established in 2016, Enexor was the only company in the Southeast invited to join Halliburton Labs. Enexor’s product, the Bio-CHP system, is expected to go to market in the spring, with the first installations projected in Q2 of 2021.

Nashville’s stature as a rising international-class city received further validation from the professional community when K&L Gates, one of the world’s largest law firms, opened an office at 222 Second Avenue South earlier this month.

This is the firm’s 24th office in the United States and 45th worldwide. In a press release, K&L Gates said that Nashville provides access to one of the nation’s fastest-growing markets in areas such health care, technology and investment. The office is opening with 25 lawyers, including 18 from prominent Nashville firms, and is expected to expand in the months ahead. 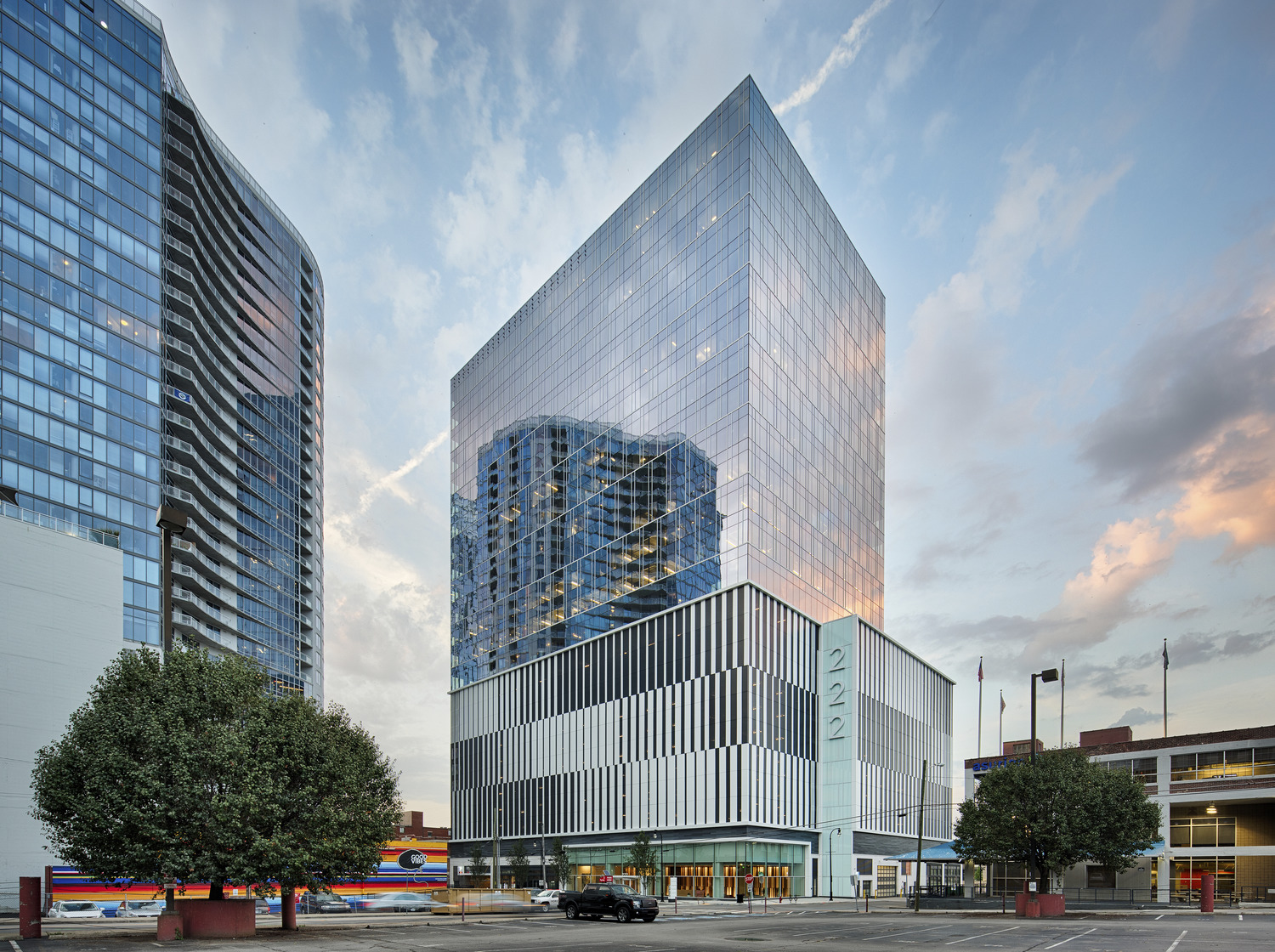 Mary Beth Johnston, Managing Partner of K&L Gates’ Nashville and Research Triangle Park (Raleigh-Durham) offices and co-leader of the firm’s health care and FDA practice, stated: “Nashville’s status as a leading center for the health care industry of course creates significant and strategic synergies with our national health care practice. In this regard, we are thrilled to have added premier health care transactional and regulatory lawyers to this office at the start.

“But the city’s strong growth in the technology, finance, construction, manufacturing, and related industries also provides many other outstanding opportunities for our firm, its clients, and the Nashville business community.”

Amy Napoli, who has served as CEO of the Bellevue Harpeth Chamber of Commerce since 2014, is leaving her post to become Economic Development Program Administrator for the Greater Nashville Regional Council (GNRC). Napoli begins her new position the GNRC in March.

“I’ve enjoyed my time with the Chamber immensely,” says Napoli. “I’ve developed relationships with people that have added value to my life. It’s been a positive and wonderful experience.

“But it’s been seven years and 2020 was extremely challenging so it was time to look for new opportunities.” 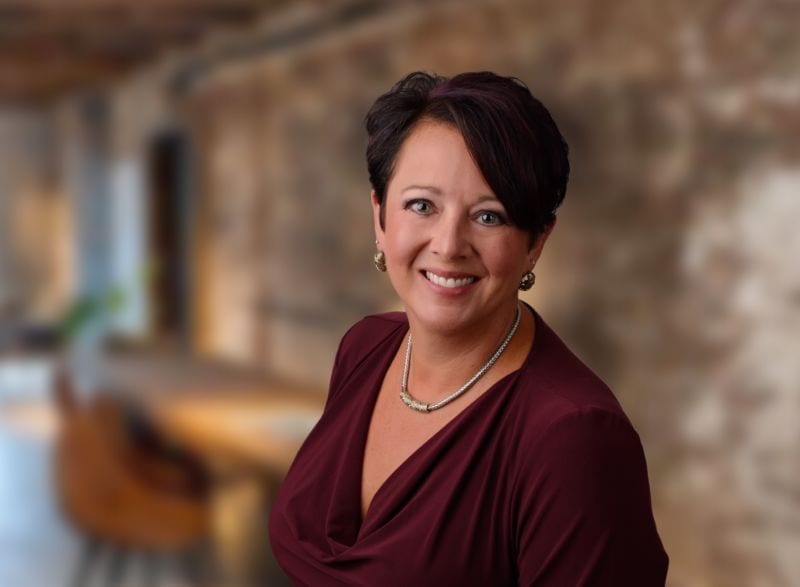 Upon her arrival, the chamber was in an operational state of disrepair where it was difficult to determine the actual number of members or where they were in terms of paying dues. Napoli initiated policies and procedures that grew the organization to approximately 300 members and leaves it in a healthy financial condition.

“We are so appreciate of the many years Amy has spent building the chamber into the strong organization it is today,” said chamber president Jim Plasko in a letter to members. “We hope you will join us in wishing her the best for her next career move.”

The chamber’s executive board is implementing a plan of action that will ensure the continuation of the organization’s programs and services during the transition.

The Hermitage Hotel announced a newly forged partnership with internationally acclaimed chef, restaurateur and culinary innovator Jean-Georges Vongerichten, who will oversee the direction of all culinary operations at the hotel. Celebrated for his Michelin-starred restaurants around the world, Vongerichten will introduce fresh, compelling and sophisticated culinary experiences for a new generation of Nashvillians and guests. The centerpiece of the partnership will be a new destination restaurant and café at The Hermitage. Construction is underway, and the new venues will make their debut in the fall of 2021.

“As I look ahead to my Nashville debut, I could not have asked for a more fitting locale than the city’s exquisite Grand Dame, The Hermitage Hotel,” said Vongerichten. “I am inspired by the bounty of the American South and look forward to honoring the recipes, flavors and traditions of the region, while also presenting a global perspective at this beloved and iconic Music City landmark.”

One of the world’s most notable culinary talents, Vongerichten is admired for his acumen as a chef, tastemaker and visionary. He his responsible for 39 acclaimed restaurants in cities such as New York, Miami, Las Vegas, London, Paris and Shanghai.

From concept, menu and interior design, to staff training and guest experience, Vongerichten is thoroughly involved in the development of the culinary program at The Hermitage Hotel, which began with his visit to Nashville in 2020.

“We can imagine no greater complement to The Hermitage Hotel than to welcome the inimitable Chef Jean-Georges Vongerichten to lead our culinary program,” said co-owners Robert and Molly Hardie. “As we usher in a new era, we are delighted that Jean-Georges has chosen The Hermitage to serve as his Nashville presence.”

Vongerichten’s new restaurant at The Hermitage will welcome guests with elevated, yet approachable cuisine showcasing the abundance of Tennessee’s regional produce, some of which will be sourced from the hotel’s own Garden at Glen Leven. Vongerichten will also oversee all food and beverage concepts for weddings, meetings and other high-profile events at The Hermitage.

A new, expanded restaurant entrance will be directly accessible from Sixth Avenue, underscoring the establishment as a dining destination unto itself.

Allegiant will begin operating four new nonstop routes to Nashville International Airport as well as a special limited route to Rapid City, S.D., affording convenient access to the City of Sturgis Motorcycle Rally. To celebrate, the company is offering one-way fares on the new routes as low as $49.

“We appreciate Allegiant’s ongoing commitment to expanding travel opportunities in our area and look forward to this new service,” said Doug Kreulen, president and CEO of Nashville International Airport. “As we emerge from the pandemic, we anticipate more airport activity and increased air travel that will help lead the economic recovery.”

The new nonstop routes will operate twice-weekly, bringing thousands of passengers to the Nashville area, contributing to visitor spending in the local economy. Flight days, times and the lowest fares can be found at Allegiant.com.

This brings to seven the number of new Nashville routes that Allegiant has added this year. In January the airline announced that it would begin nonstop service to Key West and Greensboro.