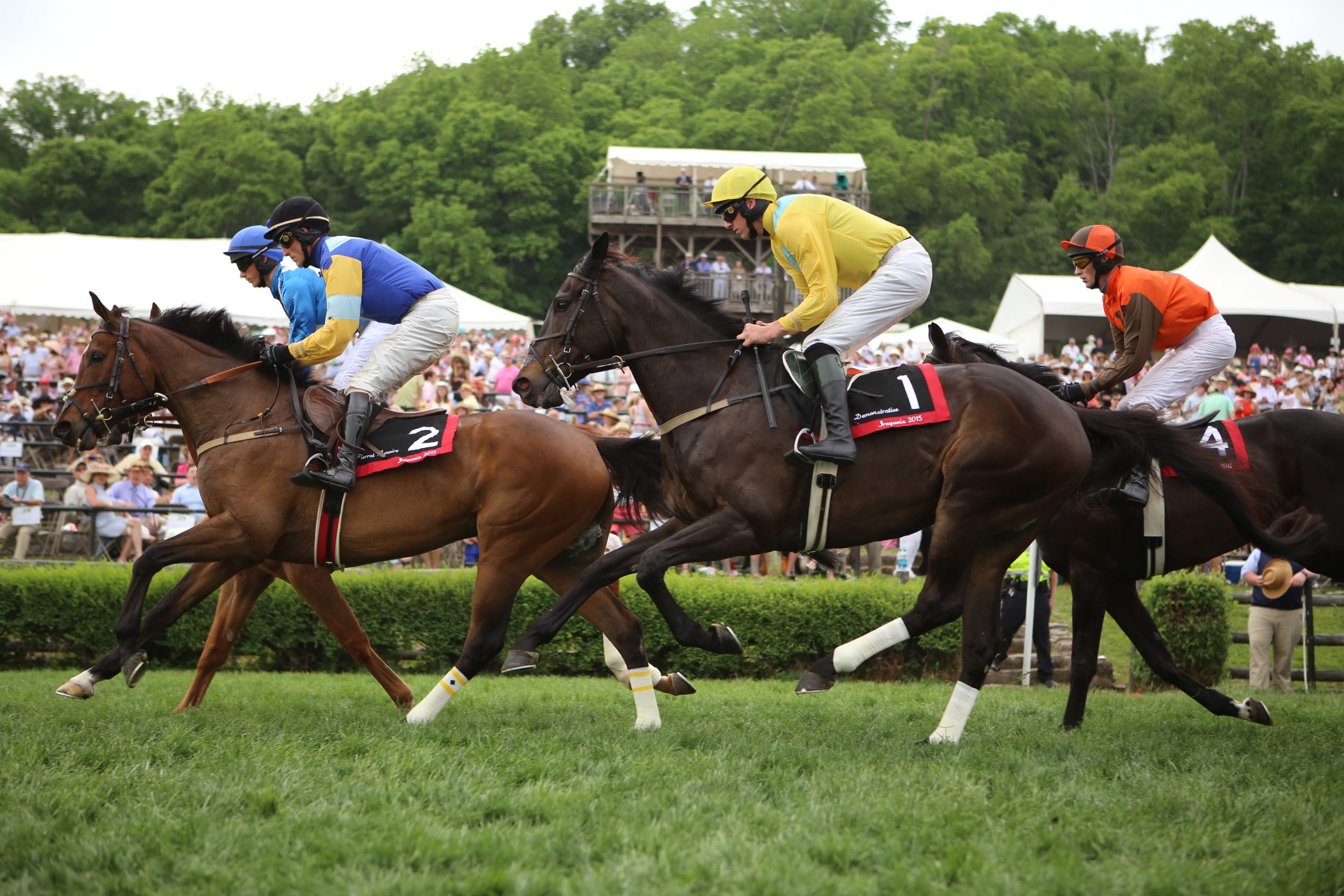 After a one-year absence due to the pandemic, The Iroquois Steeplechase returns to Percy Warner Park this Saturday. Gates open at 8:30 a.m. Post time for the seven-race card is 1 p.m. with the featured $100,000 Iroquois closing the program at 4:30 p.m.

Individual ticket prices begin at $50 and are available online at IroquoisSteeplechase.org. 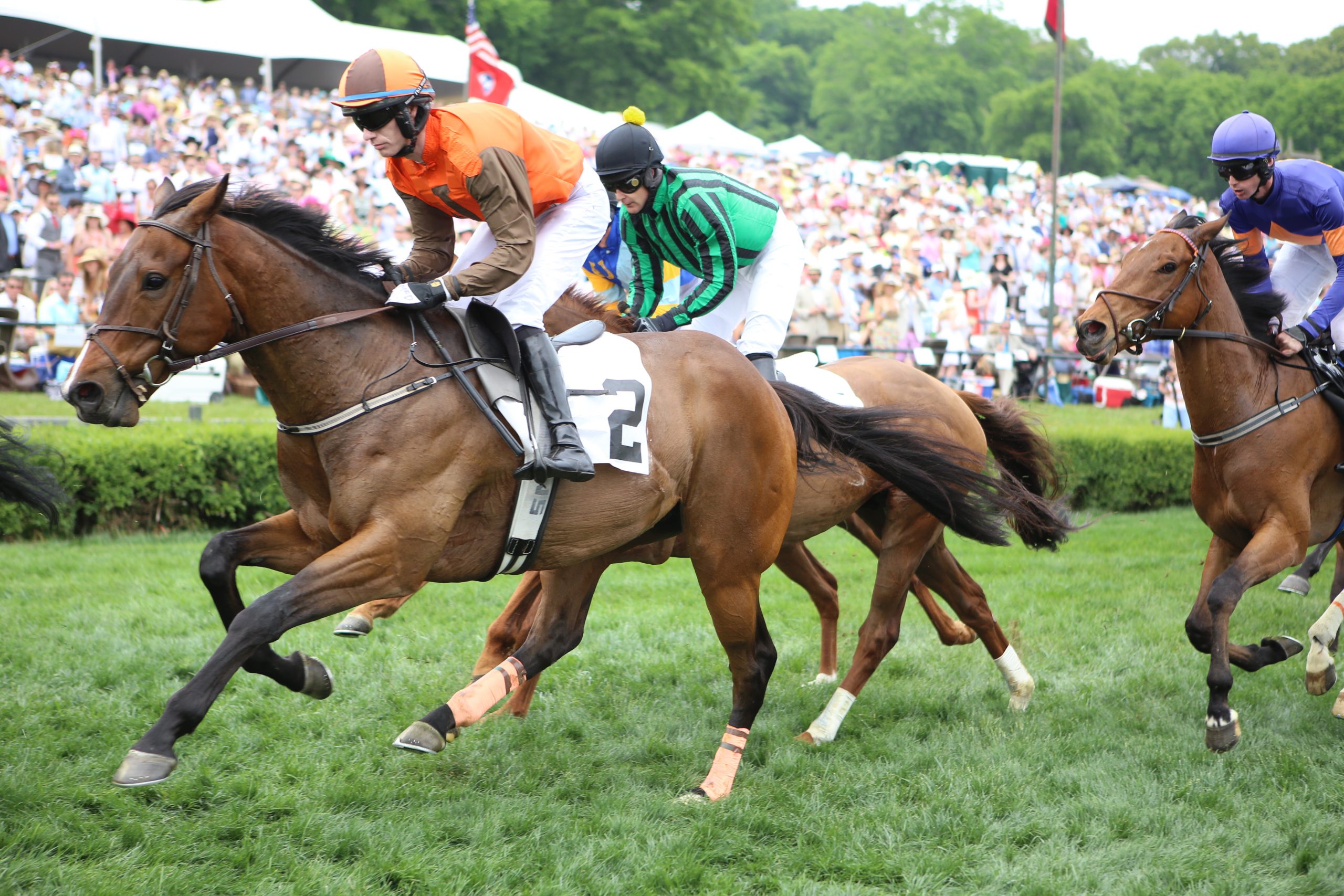 Seven horses are entered for the 79th running of the 2.75-mile Iroquois. In recent years the race has been dominated by owner Bruton Street, trainer Jack Fisher and rider Sean McDermott. The trio combined to win the 2017 and 2019 races with Scorpiancer and figures to be in the thick of things Saturday, though not as a team.

Fisher will saddle three horses in The Iroquois including Footpad with McDermott aboard and the Street-owned Snap Decision who will be ridden by Graham Watters.

The Iroquois was first contested in 1941 and, with the exceptions of 1945 and 2020, has been held every year since. Due to ongoing concerns about the pandemic, the 2021 event was moved from its traditional date of the second Saturday in May to June 26. There will be no restrictions in place for those in attendance. 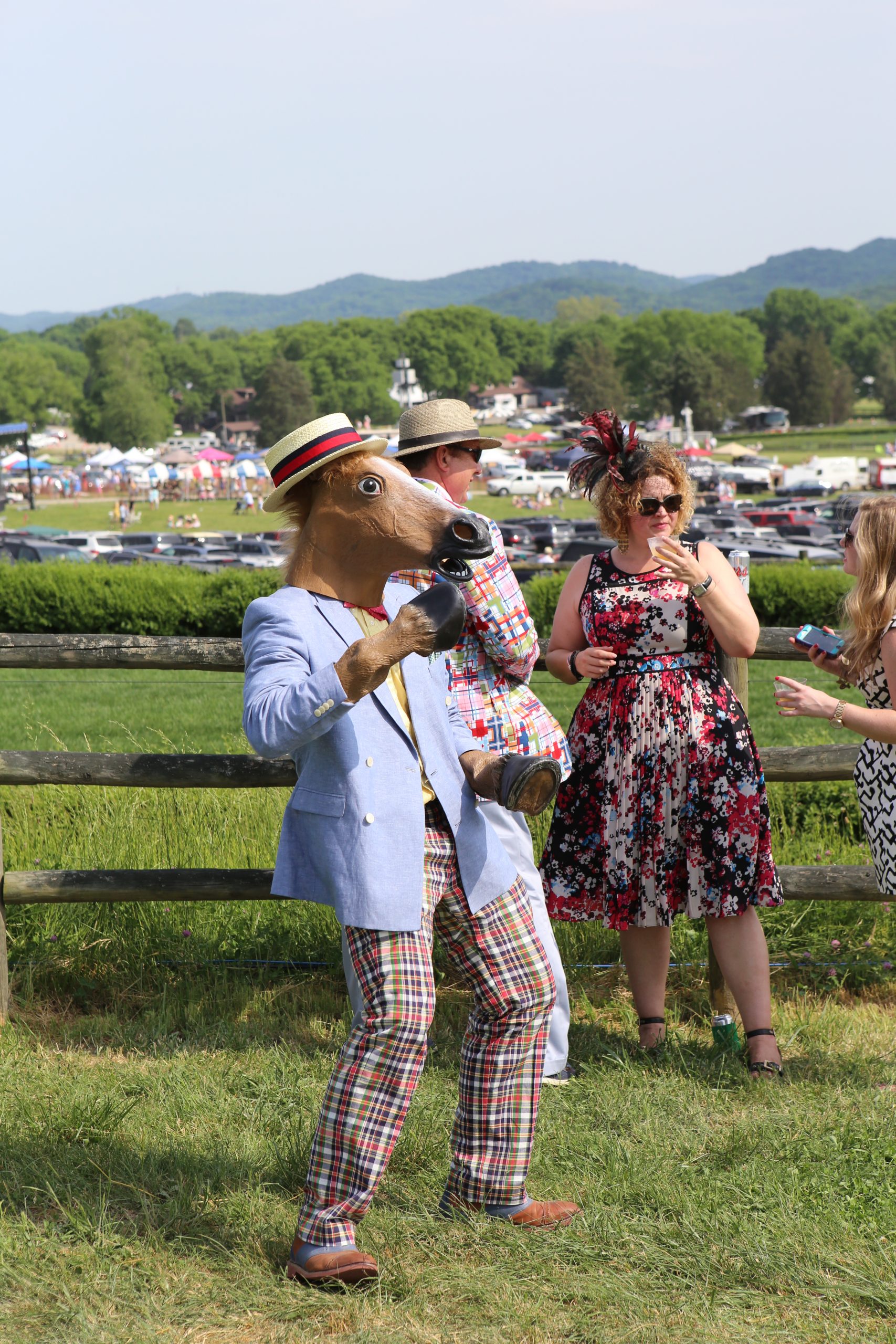 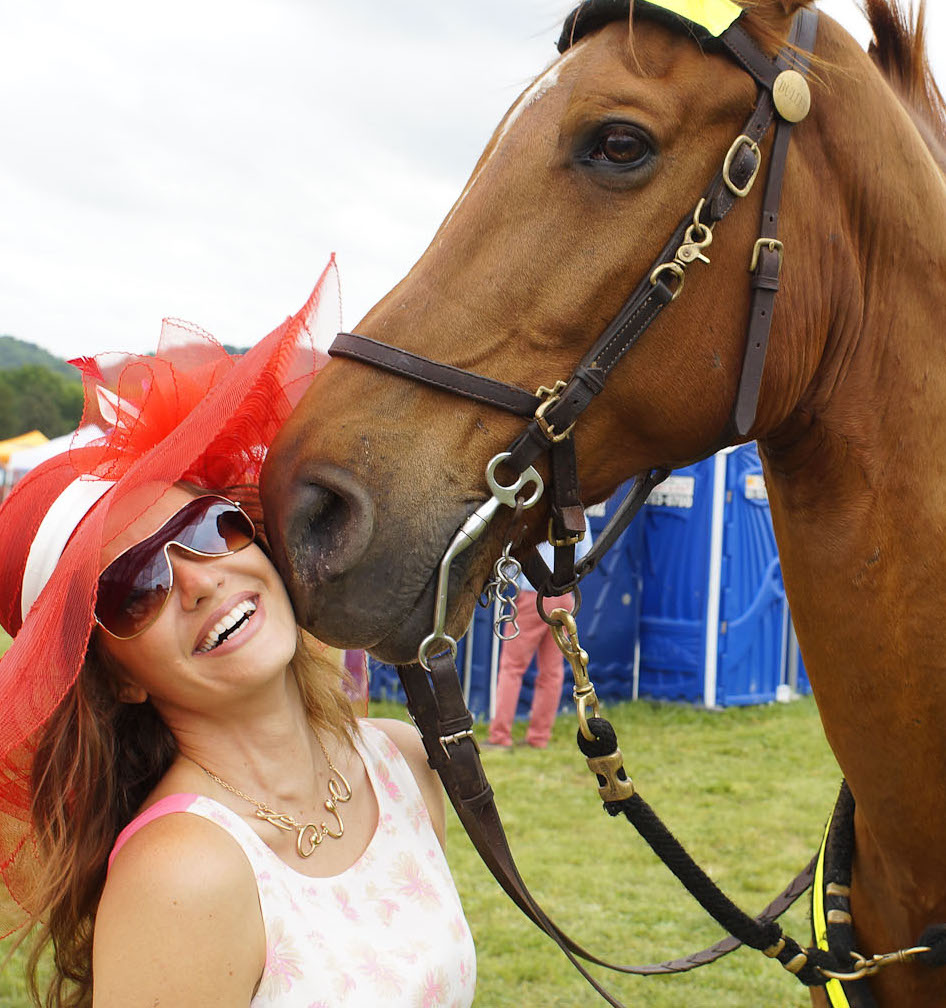 The primary beneficiary of The Iroquois Steeplechase is Monroe Carell Jr. Children’s Hospital at Vanderbilt. Since 1981 The Volunteer State Horsemen’s Foundation has donated more than $10 million of Steeplechase proceeds to the hospital.

NASCAR’s long-awaited return to Middle Tennessee turned out to be a huge success as more than 75,000 racing fans attended three events at Nashville Superspeedway (NSS) over Father’s Day Weekend.

A sellout crowd of more than 40,000, the largest in NSS history, was on hand for Sunday’s headliner, the Ally 400 for the NASCAR Cup Series. It was NASCAR’s first full-capacity sellout since before the pandemic. While significantly lower, attendance for Camping World Truck Series and Xfinity Series races on Friday and Saturday respectively was similar to events held previously at the track that straddles the Wilson-Rutherford County line in Gladeville. 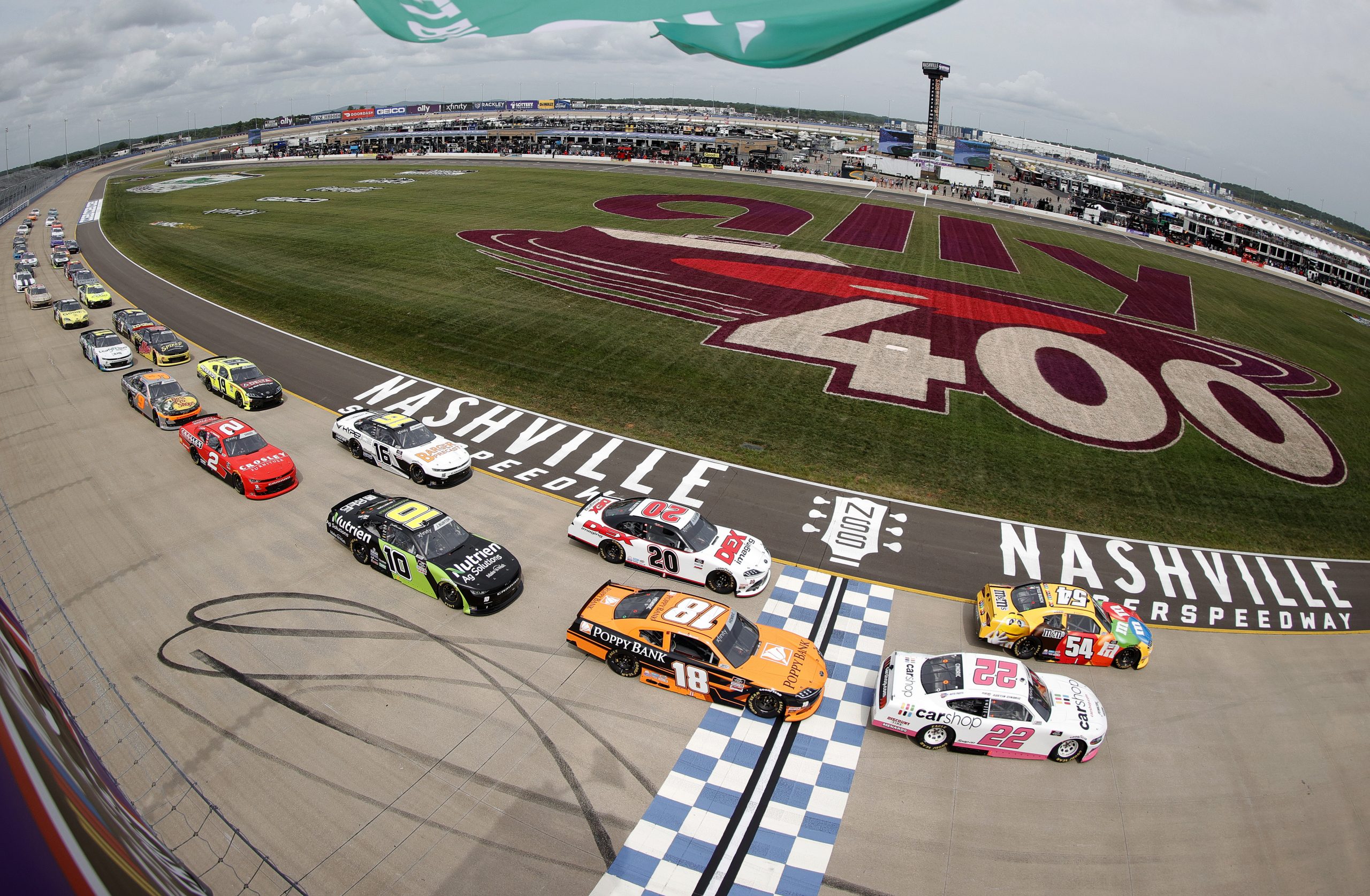 “The amenities, I think, they really updated and there looks like there is a lot of fun stuff out there,” said Cup Series points leader Denny Hamlin. “It’s really good. They did a good job at getting this place caught up to speed.” 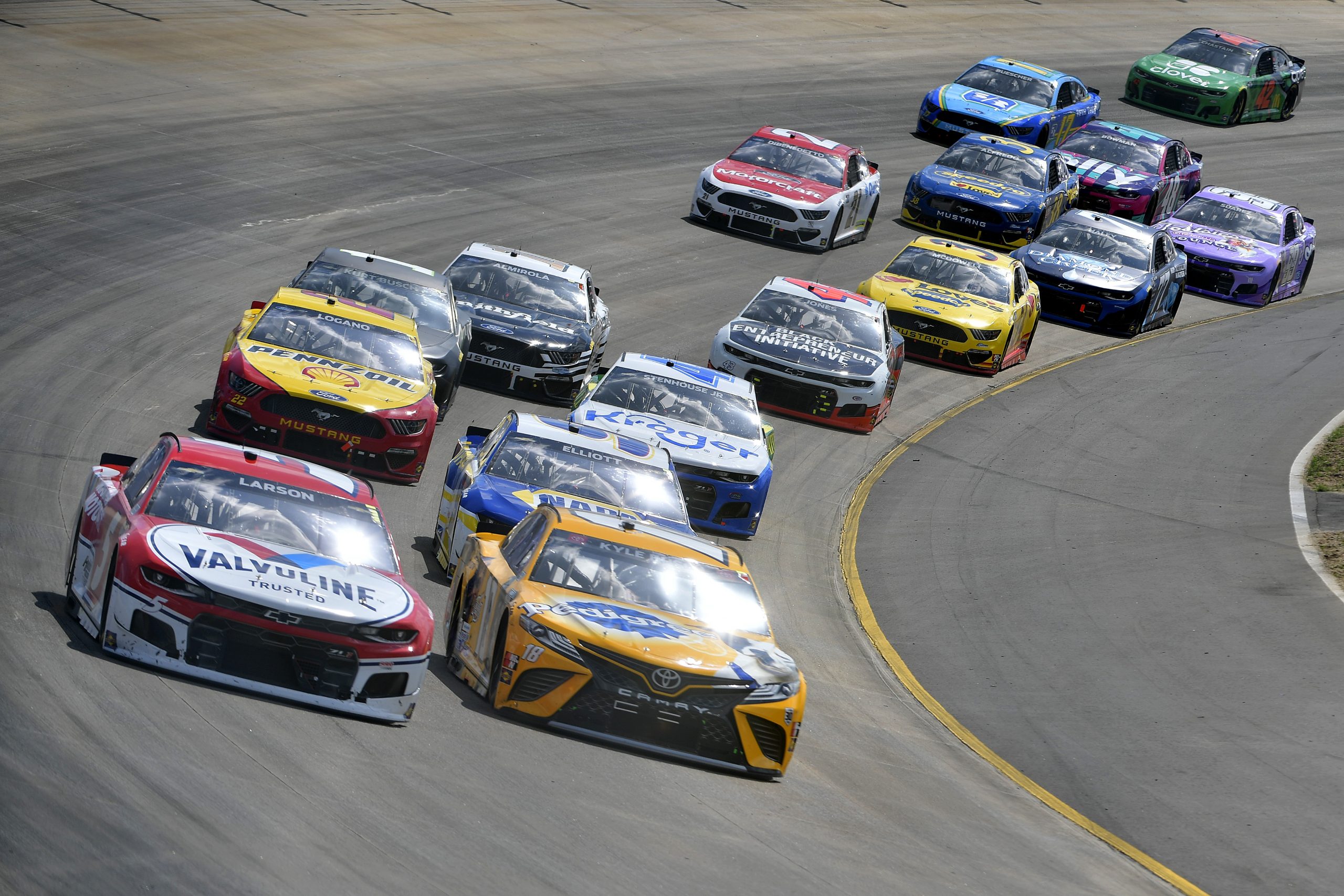 LEBANON, TENNESSEE – JUNE 20: Kyle Larson, driver of the #5 Valvoline Chevrolet, and Kyle Busch, driver of the #18 Pedigree Toyota, lead the field during the NASCAR Cup Series Ally 400 at Nashville Superspeedway on June 20, 2021 in Lebanon, Tennessee. (Photo by Logan Riely/Getty Images)

Cup Series standout Alex Bowman was taken aback. “I walked in and was shocked,’ said Bowman, a two-time Cup Series winner this season. “I had tested here, I think in 2014 a little bit. To see where this place is at now is amazing. Hats off to everybody that was a part of that.”

On the track, Kyle Larsen extended his winning streak to three with a victory in the Ally 400. NASCAR standout Kyle Busch posted his 100th career victory in the Xfinity Series in Saturday’s Tennessee Lottery 250 and on Friday Ryan Preece celebrated his Camping World Truck Series debut by winning the Rackley Roofing 200. 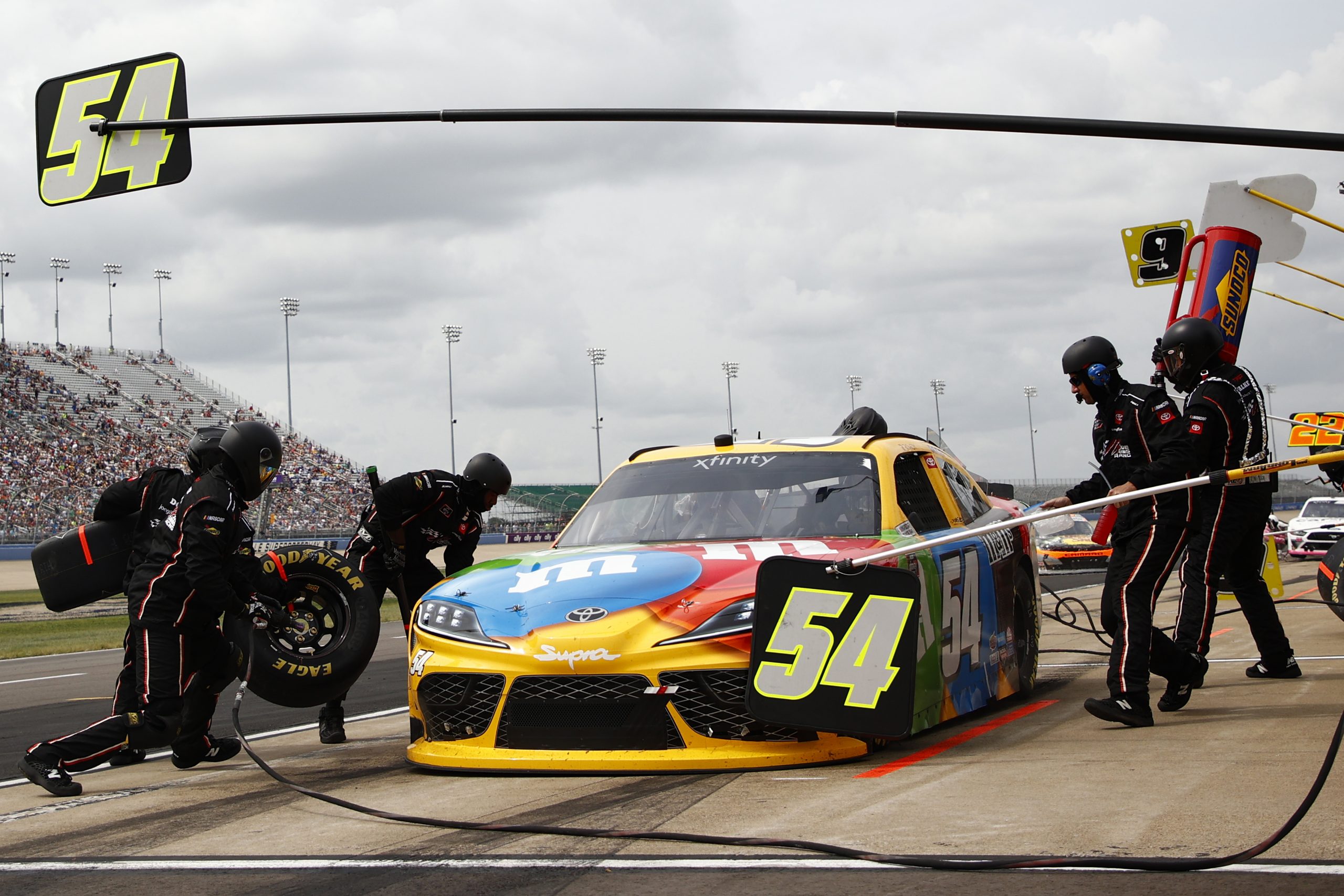 Steelhead Building Group, along with Dryden Architecture + Design, won a Metropolitan Historical Commission Preservation Award for their work transforming a Sylvan Park neighborhood landmark into Hathorne restaurant. The renovation of Fellowship/Memorial Hall, located at 4708 Charlotte Avenue in Nashville, is one of only three projects honored in the Commercial category. 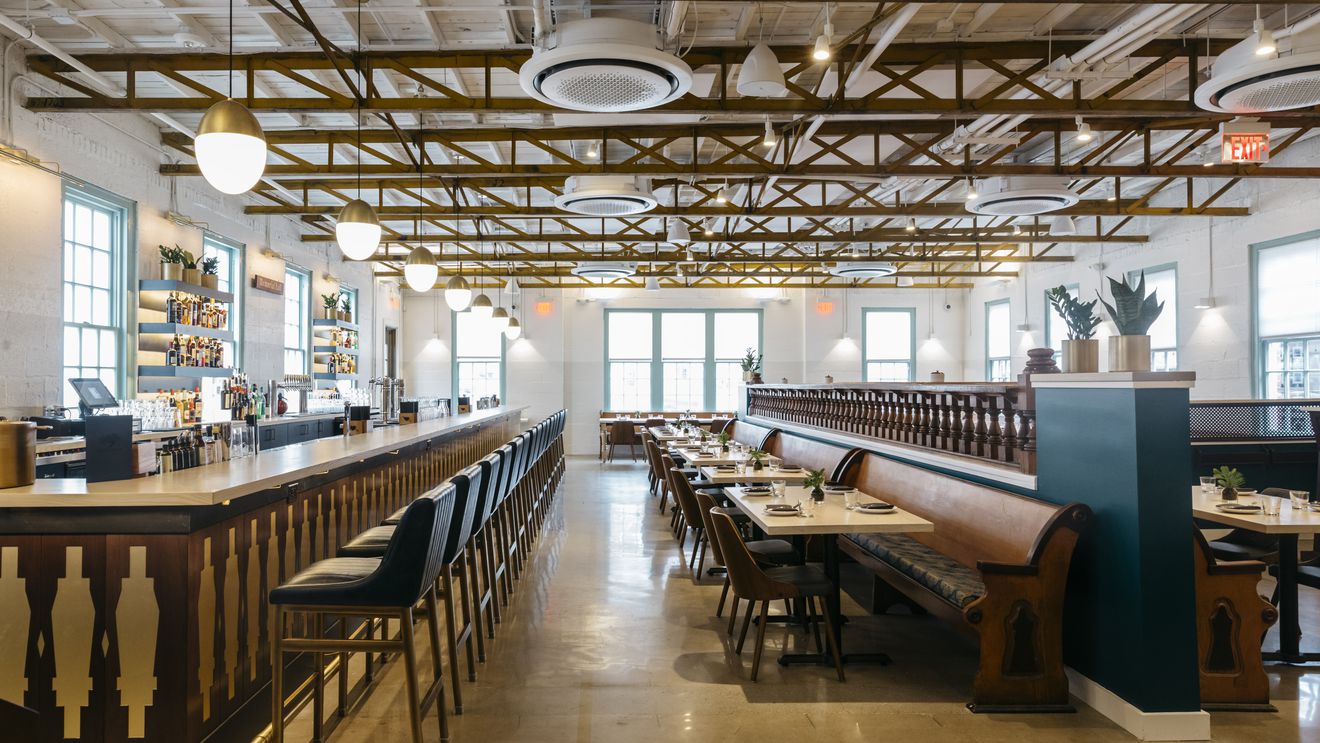 Hathorne was originally constructed in 1948 as a community meeting center with a tower, known as Fellowship/Memorial Hall. On the interior, two dropped ceilings were added in the 1950s and two in the 1960s. At the time Hathorne chef and owner John Stephenson purchased the building in 2017, it was still attached to West Nashville United Methodist Church, which is now Clementine Hall. Hathorne construction was completed in November and the restaurant welcomed its first patron on Dec. 5, 2018.

“My vision was that the restaurant would serve the same historic purpose to the community as the original hall,” said Stephenson. “I named Hathorne after my grandmother, as it is truly a labor of love and a dream come true.” 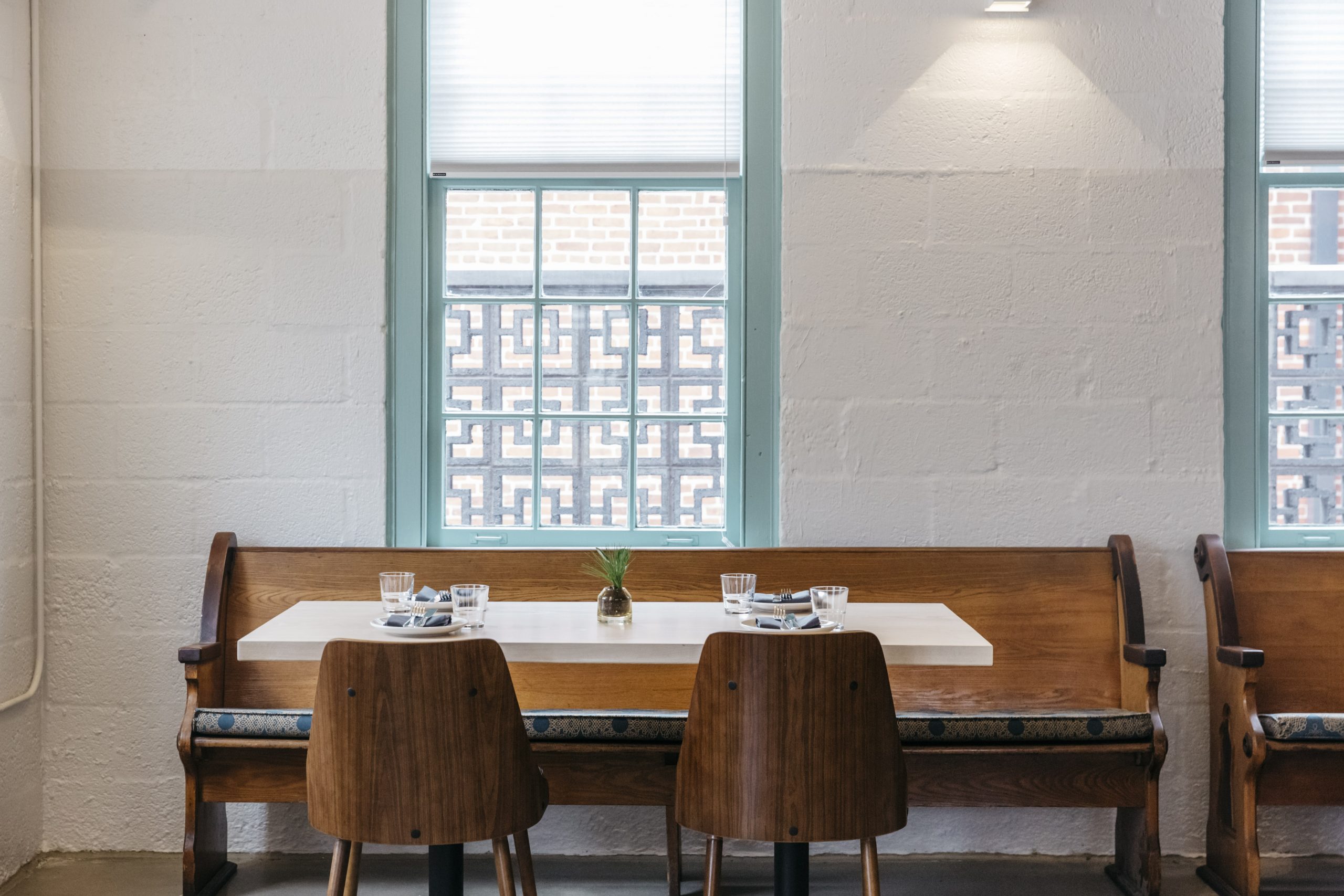 The judges noted that the rehabilitation and adaptive reuse of turning the former Fellowship/Memorial Hall property into a restaurant with an open dining room maintained the building’s spirit of community and fellowship, as well as featuring many details from the former church next door.

Architecturally, renovation plans retained this theme throughout the building. In addition to the open dining area with room for several family style tables, a separate room for private celebrations was constructed in the back. 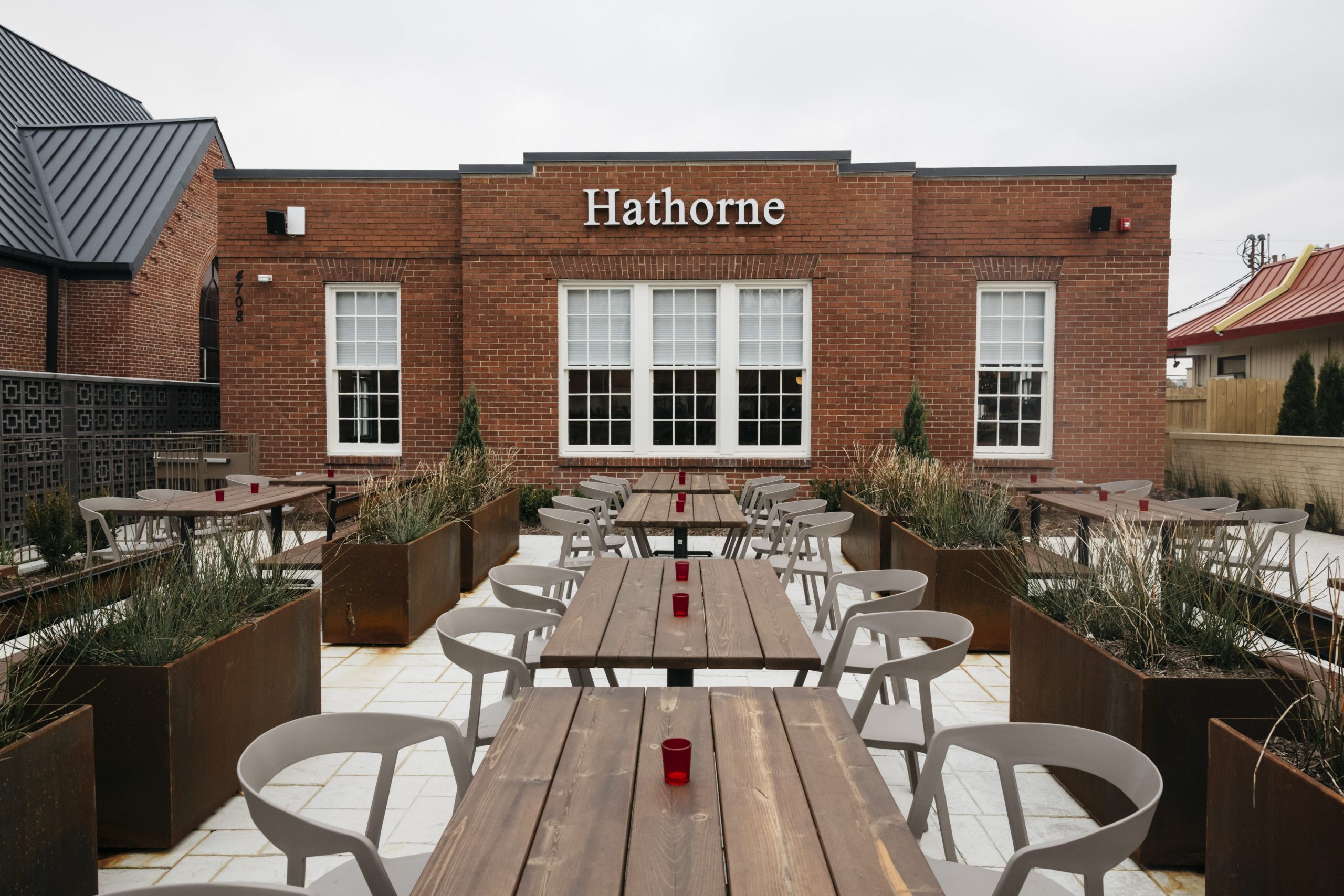 The extensive rehabilitation included a complete gut and rebuilding of the entire interior, as well as new utilities and services, including water, sewer, electric and fire protection.

In addition, existing historic wood doors and hardware were reused, refurbished and refitted. Hathorne’s interior includes a chair rail where church members used to kneel to take communion. At 30 feet long and weighing approximately 1000 lbs., it took 15 people to lift and restore.

The space had dropped ceilings that were pulled down to expose beautiful hand built steel trusses that run the length of the building inside in a gold patina color. The white paint on the bricks in the bright dining room contrasted well with steel trusses and wooden ceiling.

The restored Fellowship/Memorial Hall is a fitting setting for Hathorne, now a warm and inviting gathering space that serves the neighborhood and welcomes all, with everyday food inspired by the South and influenced by the ethnic flavors woven throughout American culture. To learn more or to make a reservation, visit HathorneNashville.com. 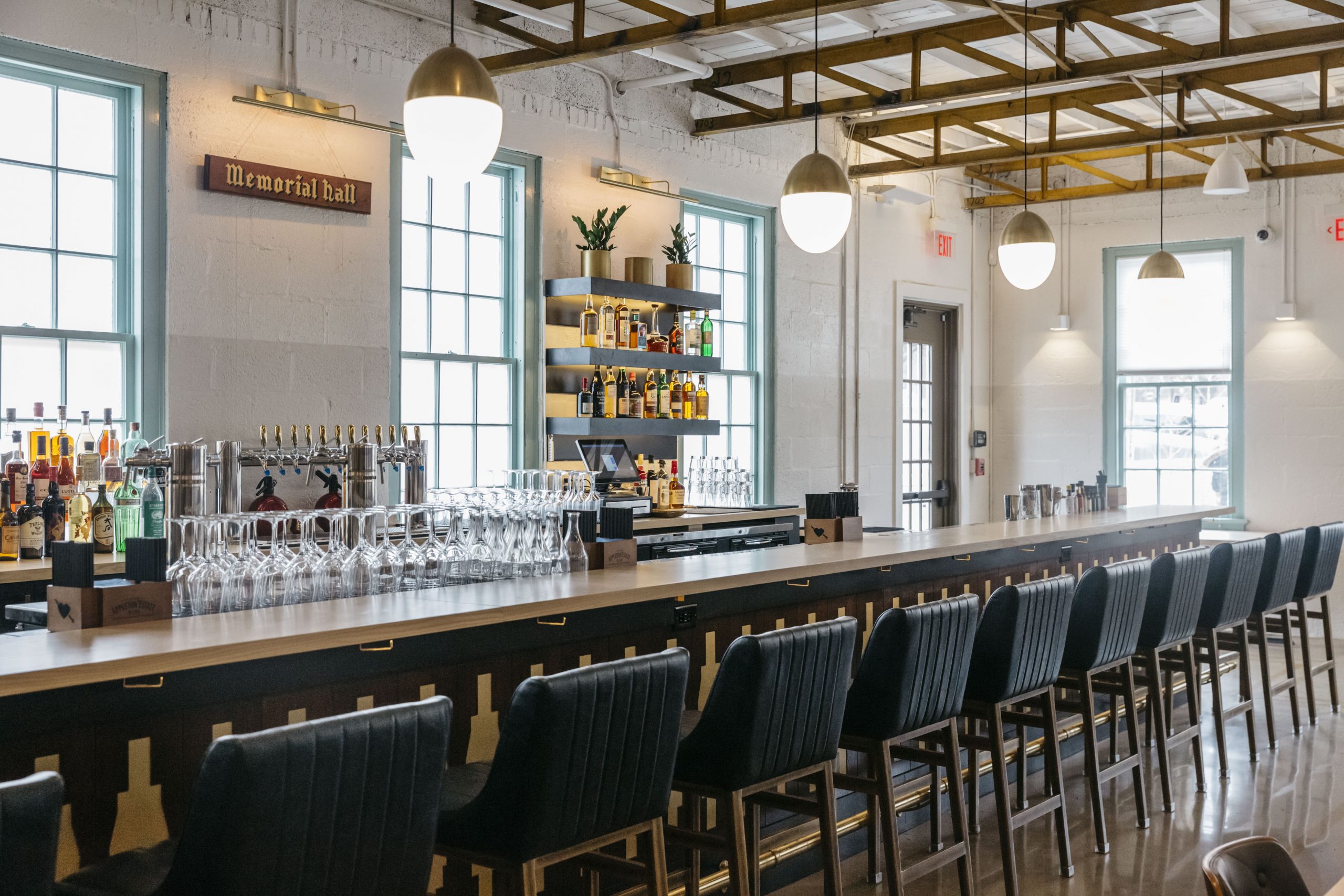