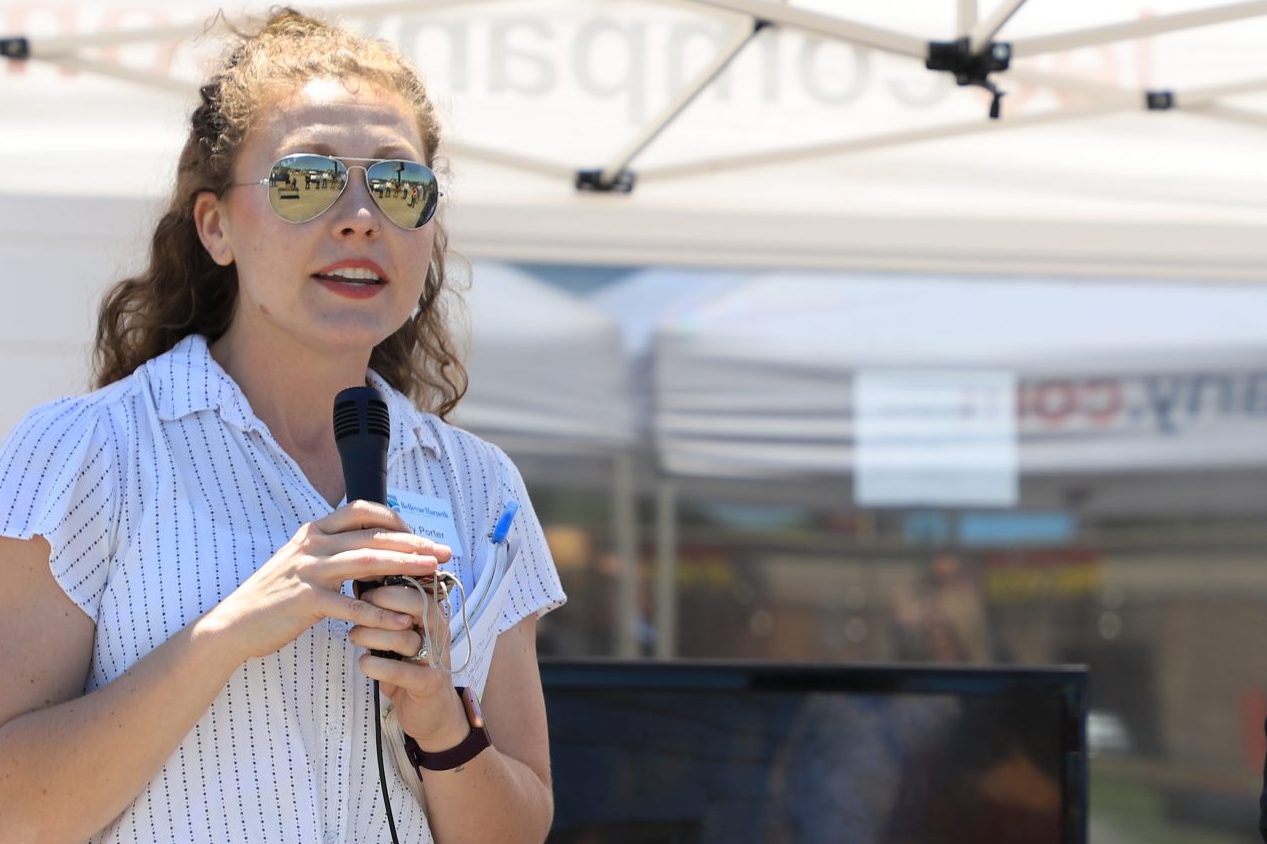 ​Whether it was as marketing director for The Lodge at Natchez Trace or as the founder and lead instructor for Barre Roots, Kelly Porter has been a familiar face in Bellevue’s business community since moving here five years ago.

With her expertise in event planning, she volunteered and participated in the production of many of the community’s high-profile events, as well as others that are lesser known. She became active in the Bellevue Harpeth Chamber of Commerce where she served on the Member Relations Committee.

The native of Chesterbrook, Pa. on the outskirts of Philadelphia settled into her adopted hometown in no time. 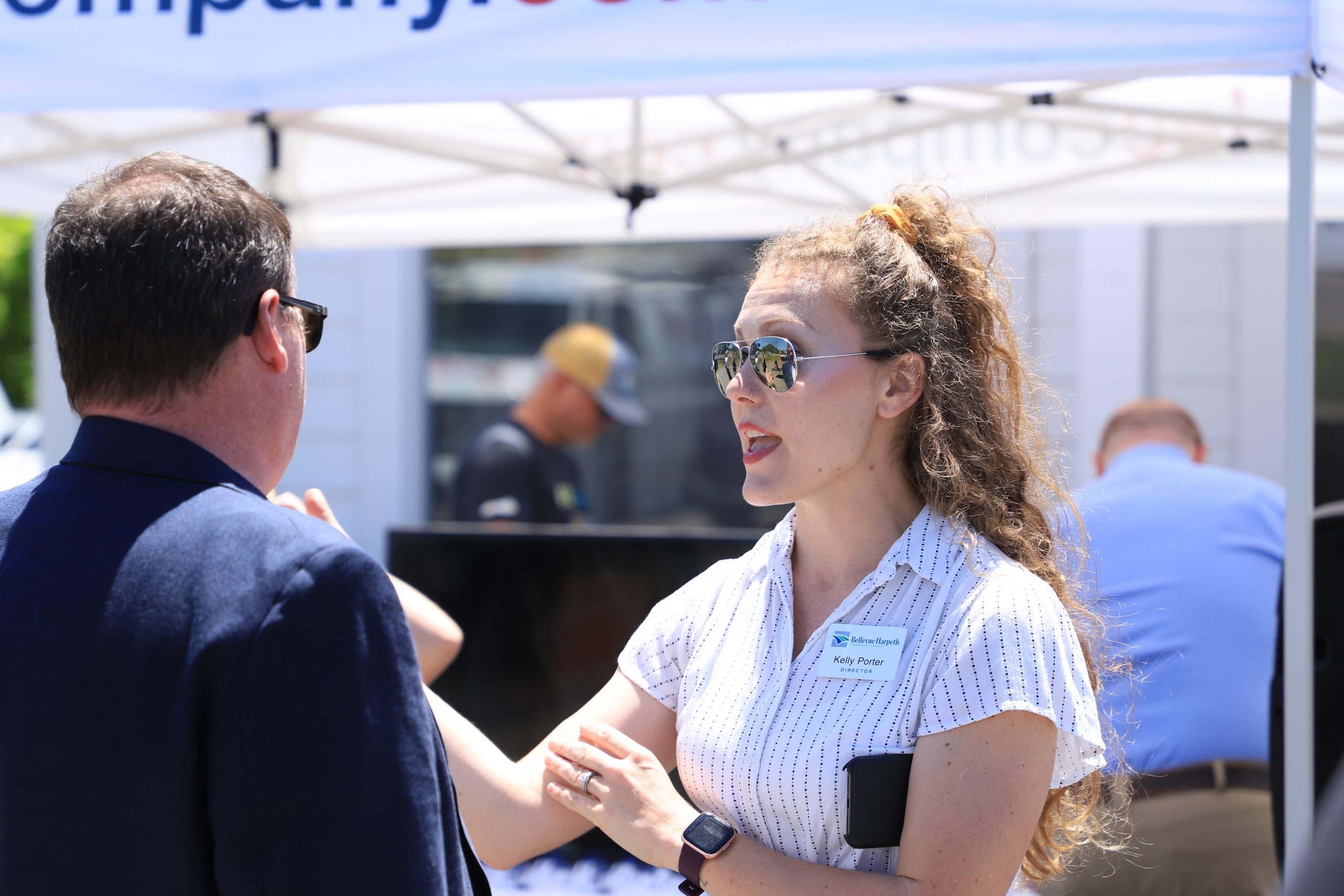 “I admit it. I drank the Bellevue Kool-Aid,” she says.

So earlier this year, when the Chamber found itself in a search for a new director, it came as no surprise that Porter would emerge as a leading candidate, and on March 1 she was hired to fill that role.

“Kelly brings passion and enthusiasm to the Chamber,” says Chamber president, Jim Plasko. “She was the standout of all the candidates we interviewed. We’re very fortunate that, having run her own business, she knows organization and leadership. She’s absolutely phenomenal at listening to people, understanding what their needs are and delivering.”

But leading the Chamber was not an idea that she gravitated to immediately. 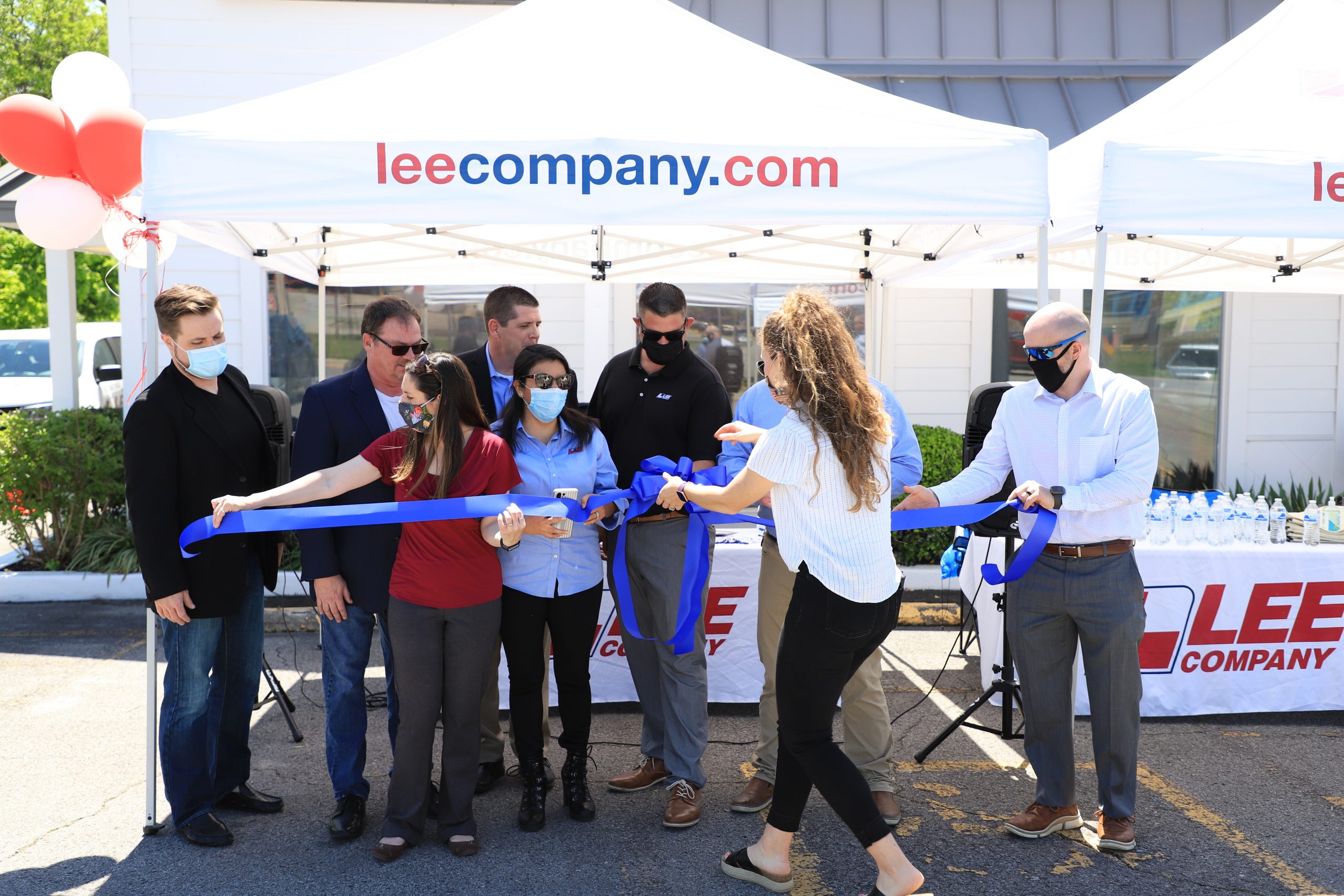 Bellevue Harpeth Chamber of Commerce Director Kelly Porter (back to camera) is on hand – and hands on – for all local events, including the recent ribbon cutting ceremony for Lee Company.

“I wasn’t looking for this or any other job,” she says. “I own Barre Roots and the world shut down less than a year after I opened the business. So I found myself as a stay-at-home mom and had to find a way to get creative with my Barre classes.”

She made the decision to lead classes virtually, which afforded her more time to be with her 3-year-old son, Henry. She eased into her ‘new normal’ seamlessly, much as she did when she and her husband, Jason, moved here in 2016.

But soon the conversations about leading the Chamber became more serious. “The further it moved along, the more I thought, ‘I’m going to do this.’” 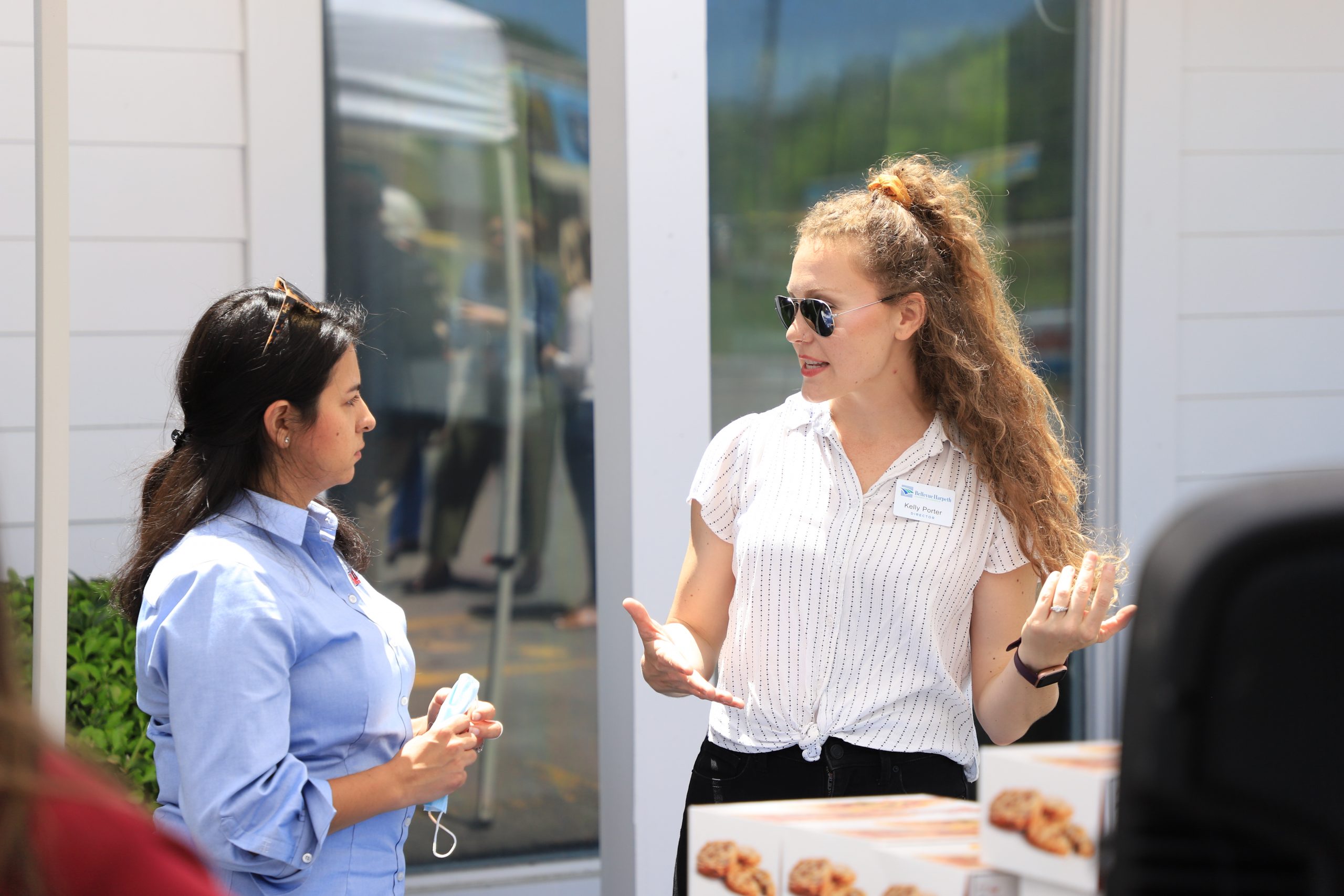 Porter wants the Chamber to work for all of its members as it did for her. But she understands that not all Chamber members are alike.

“I consider myself to be rather outgoing but that’s not in everyone’s nature,” says Porter. “For the Chamber to be successful, it has to support the entire community. The community is not here to support the Chamber. I want it to be approachable, so that you don’t have to be an extrovert to reap the benefits.

“I don’t want individuals or businesses, regardless of size, to feel like joining the Chamber is a formality. I want them to view the Chamber as an integral part of their marketing program.” 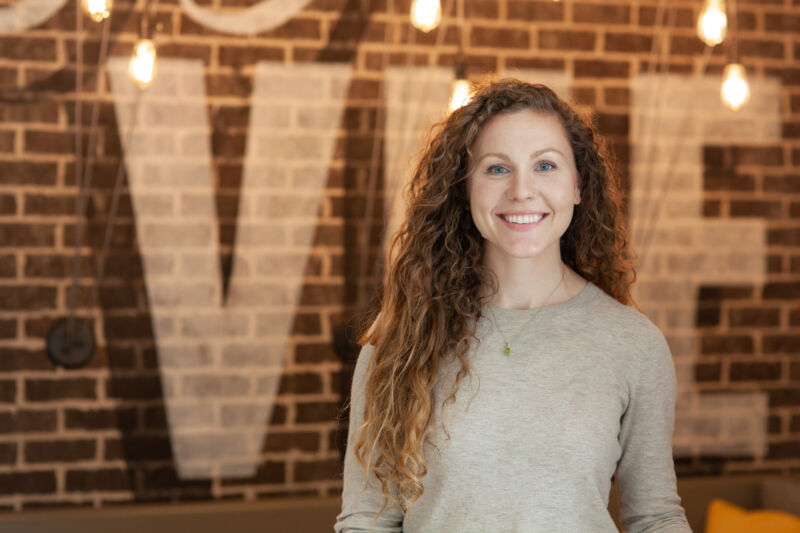 To that end, Porter says she envisions a Chamber that is “active and engaged.” She’s developing sponsorship opportunities that are geared toward smaller businesses. There will also be some major announcements regarding high profile events in the weeks to come.

Story and photos by Ed Atlas