The construction phase of The Hills Nashville church is underway at 120 Belle Forest Circle, site of the former Bellevue Theater. This will be the first permanent home for The Hills, which was founded in 2010 by pastors John and Kristin Ragsdale.

Interior demolition and structural work has been completed. Phase one of construction, which is targeted for completion by January 2021, involves a partial interior build-out in which 40 percent of the building’s space will be renovated, including the entrance, atrium, kid’s space and restrooms. A sanctuary will also be constructed.

In addition to the church, the 32,000 square-foot building will serve a dual purpose as a work-events space to be managed by Three One Three, a Nashville-based company that takes its name from the 313 days in a year that a church typically goes unused. Three One Three is owned by Brennon Mobley, a member of The Hills.

Dowdle Construction Group, a general contractor specializing in both public and private sector commercial construction, is overseeing the project.

“I have a [napkin] that I’ve been doodling on for years, imagining all that we could do with our own building when we got one,” said John Ragsdale. “About five years ago, I added the word ‘cowork’ to the paper, thinking it could be the perfect fit for the vision we had of creating a true community center. When Brennon first attended our church and told me what he does, it was like it all clicked into place. I knew it was meant to be.” 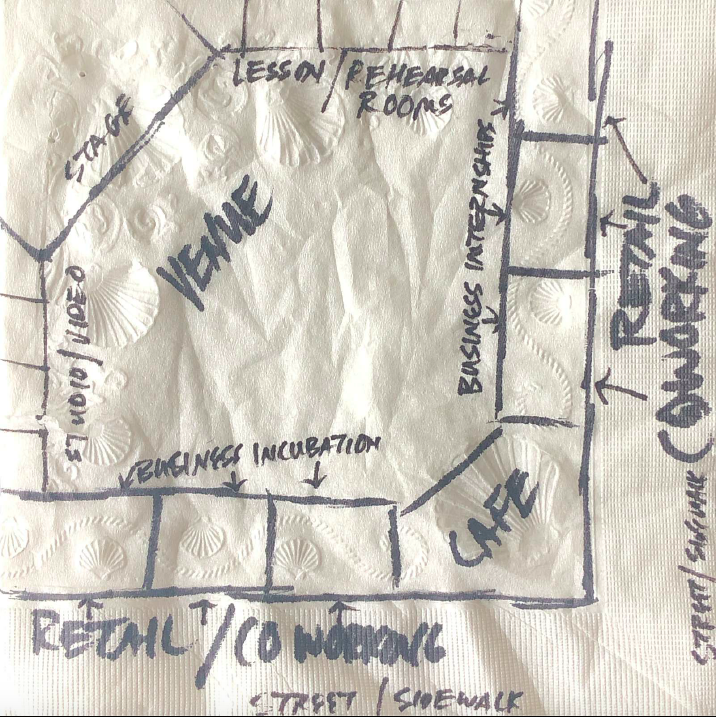 Several years ago Pastor John Ragsdale took to this napkin to sketch his ideas for a mixed-use space for The Hills Nashville church. Construction for the facility is now underway at the former Bellevue Cinemas on Highway 70 South. 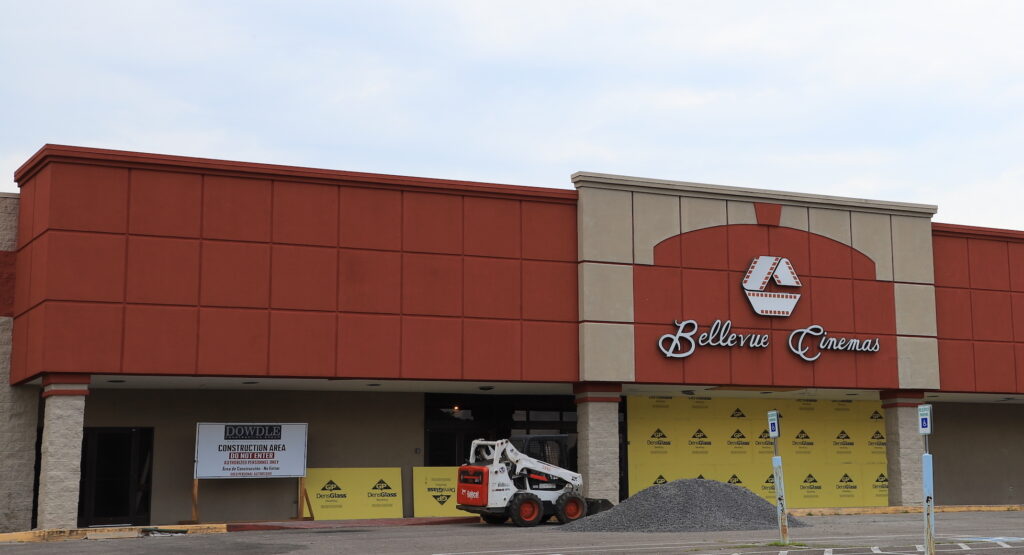 The building’s design, by Dryden Architecture and Design (DAAD), is heavily influenced by Kristin Ragsdale’s creative eye. It will feature a large stained glass window saved from a previously torn-down church building, as well as topographical scenes from the nearby hills incorporated throughout. It was also important to Kristin to retain part of the theater’s original facade, use the original concrete flooring and restore as much as possible.

“We’ve had so many people tell us of the great memories they have of coming here to see a movie with their families, so I love that the design bridges the old with the new. I’m calling it ‘vintage modern,’” she says. “It’s going to be really bright on the inside with light colors and natural wood. We wanted to make sure it’s a place that people feel comfortable walking into – we want it to feel inviting, because everyone is welcome at The Hills.”