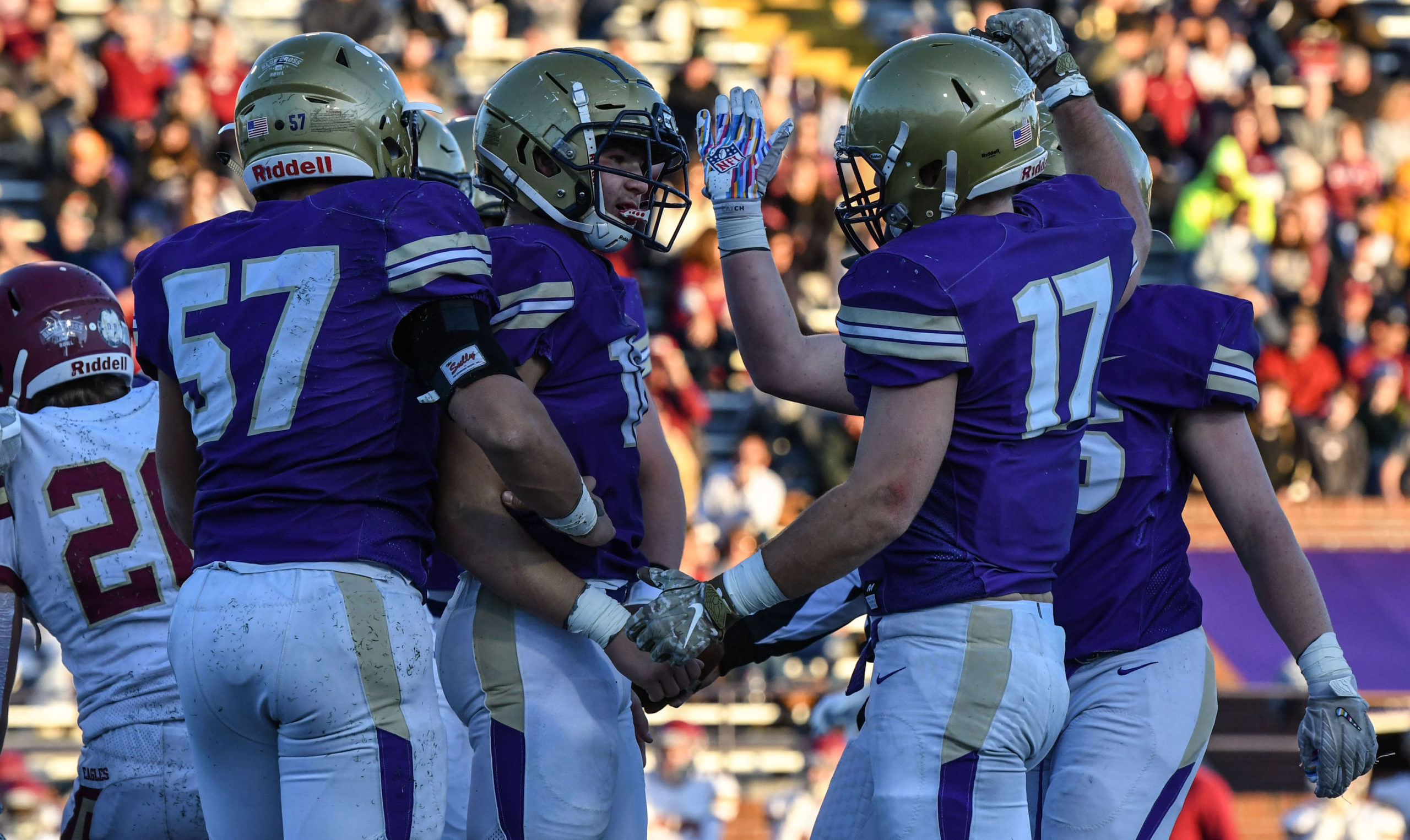 Christ Presbyterian Academy’s bid to repeat as TSSAA Division II-AA football champion came up short as the Lions fell to Evangelical Christian School, 17-14 on Friday afternoon at Tucker Stadium on the campus of Tennessee Tech.

The Lions took a 14-10 into the fourth quarter before ECS went on top on a 1-yard keeper by quarterback Jacob Hatcher with 6:40 to play. That capped an 11 play, 67-yard drive that consumed 5:43. 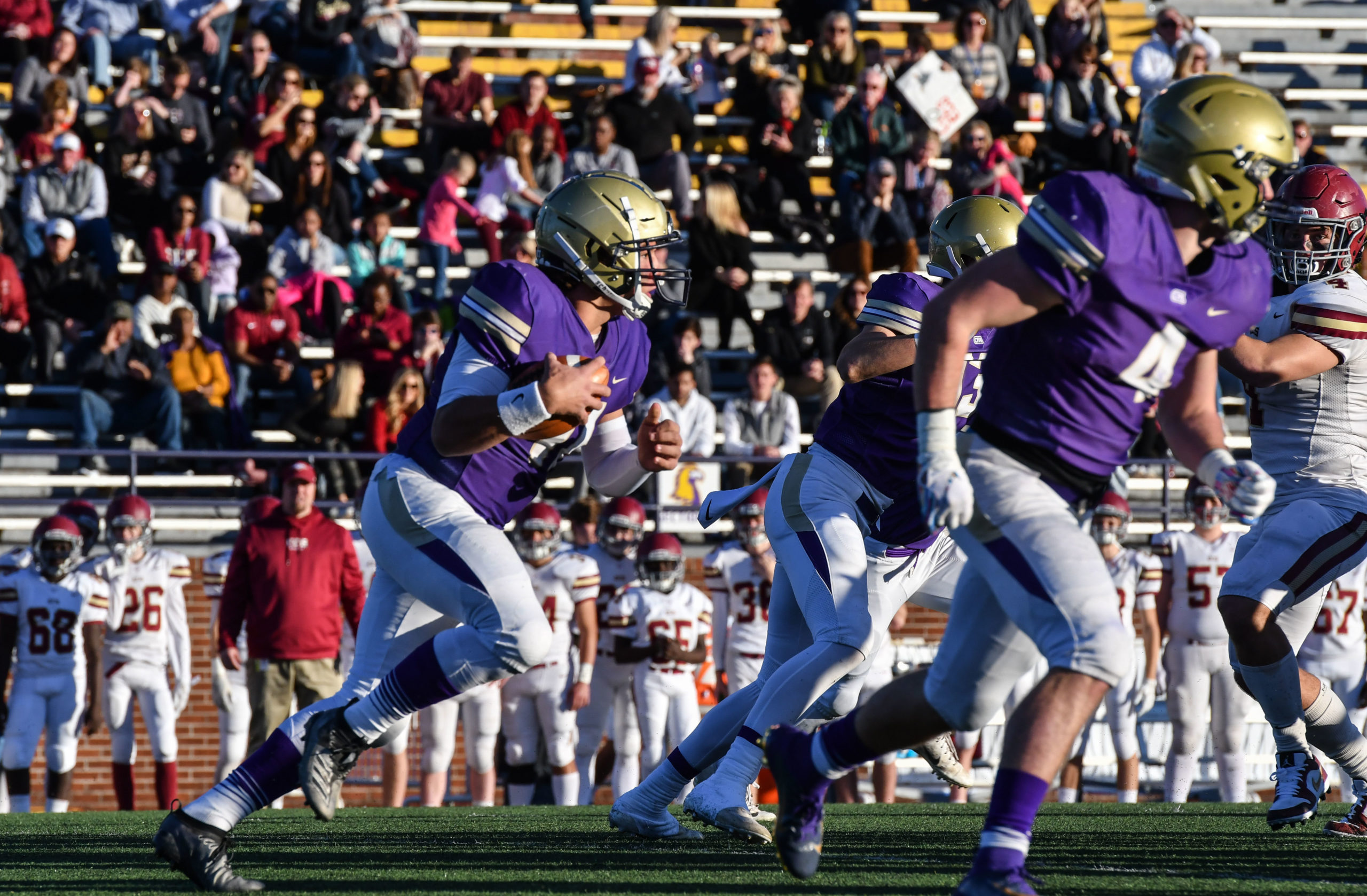 CPA punted on the ensuing series with ECS taking over on their own 25 with just over four minutes remaining. The Eagles drove 22 yards to the 47 and, with no timeouts remaining on either side, went for it on fourth-and-two with a chance to put the game away. However, the Eagles Austin Hill was stopped behind the line by CPA’s Cade Reynolds and George Collier for a two-yard loss.

CPA took over on the ECS 45 with 1:08 to play and a chance to tie or take the lead. But the Lions were unable to gain any yardage on two deep passes and a run for no gain. CPA turned the ball over on down when quarterback Cade Law’s pass to Sam Ellis was incomplete with 18 seconds to play.

ECS opened the scoring in the first quarter on a 40-yard field goal by Evan Stookey. CPA answered on its next possession when Law 60 yards for a touchdown. Mac Seibert’s extra point put the Lions on top, 7-3. 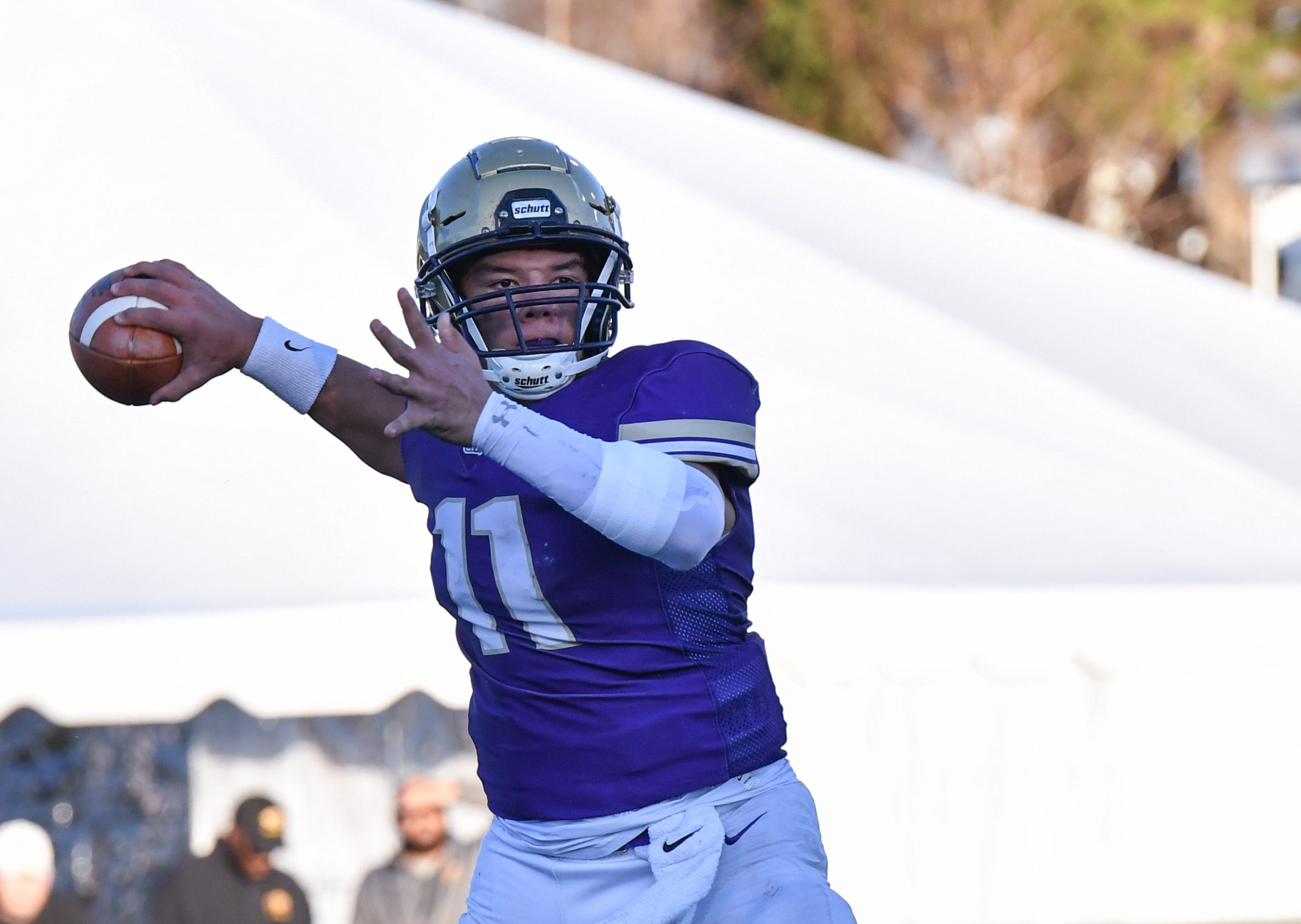 CPA let a big opportunity slip away on the very next series. Facing third-and-11 from their own 23, Hatcher dropped back to pass and was intercepted by William Reid at the ECS 41. Reid returned the ball 14 yards to setup the Lions at the ECS 27 but could not convert, turning the ball over on downs after coming up short on fourth-and-five from the 22.

ECS regrouped and scored on its next possession to go on top 10-7 at the end of the first quarter.

The Lions regained the lead just before the half when Law completed a 21-yard pass to Josh Roper to make the score 14-10. That capped a 3 play, 30-yard drive that was setup by Sam Ellis interception. 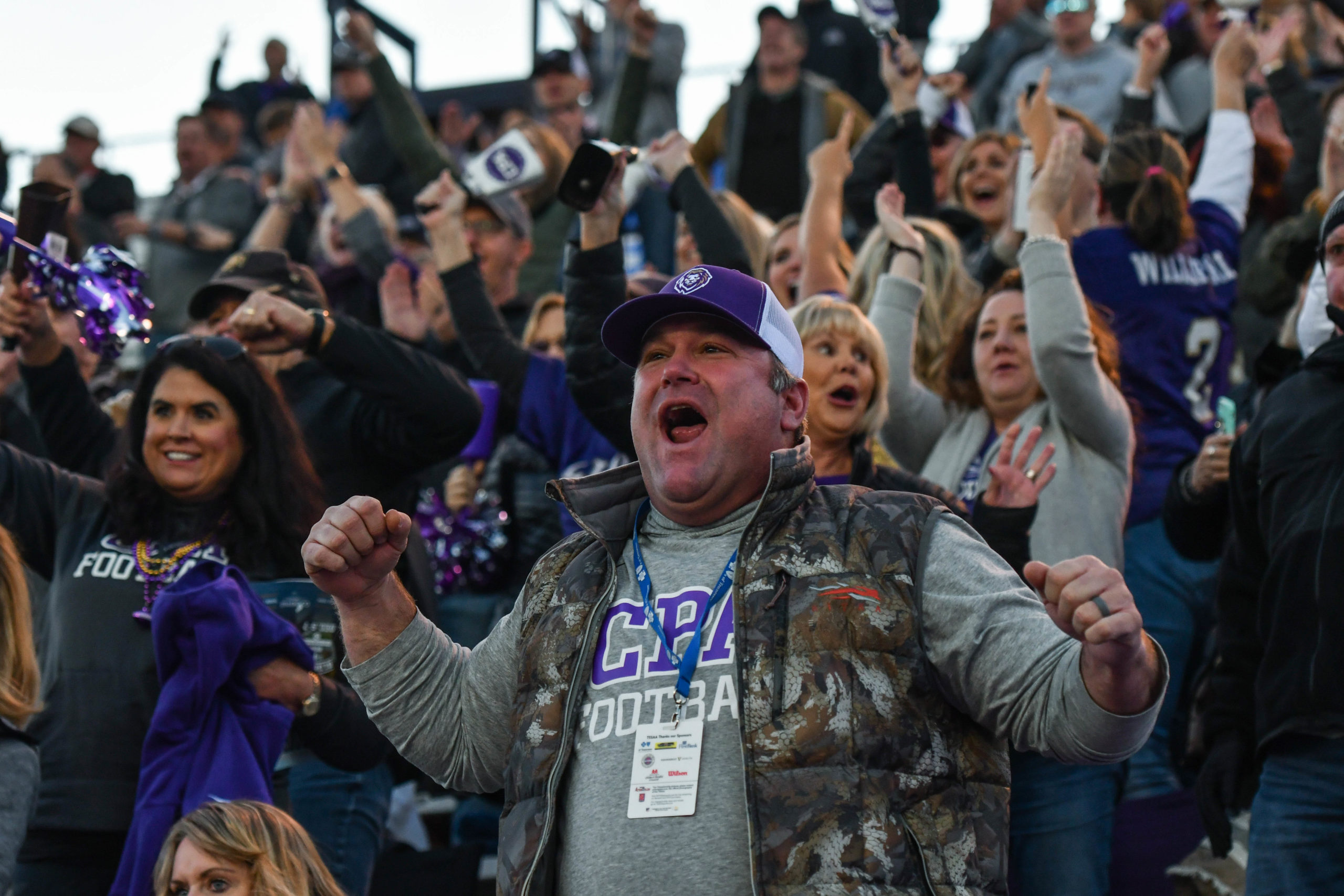 CPA failed to capitalize on more opportunities in the third quarter. The Lions recovered a fumble on the ECS 12 but fumbled it back two plays later. After forcing a punt, CPA took over on the ECS 41 but the drive stalled and Mac Seibert missed a 41-yard field goal attempt.

CPA finished the season with a 7-7 record while ECS finished 14-1 while capturing its first state title since 2005. 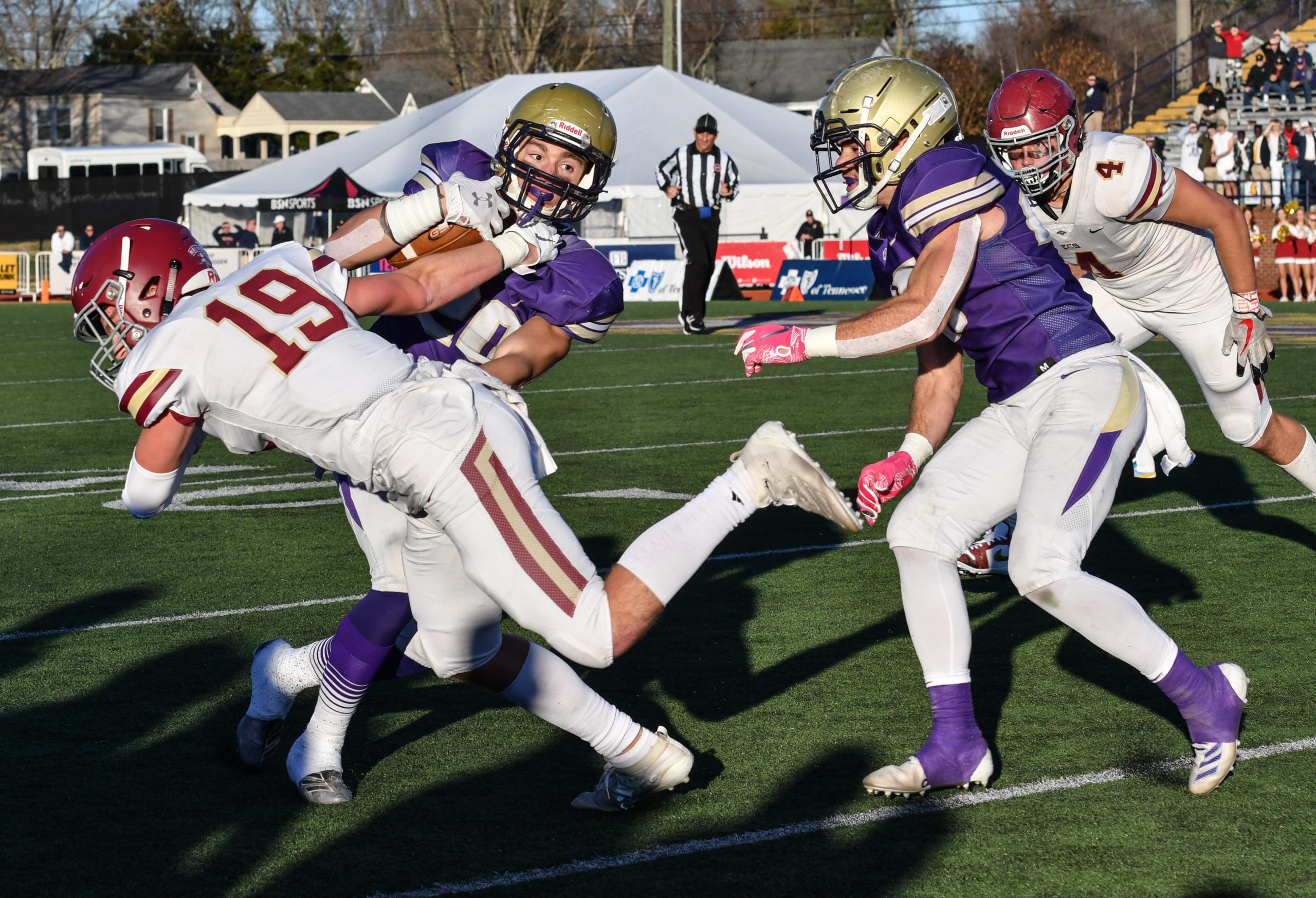