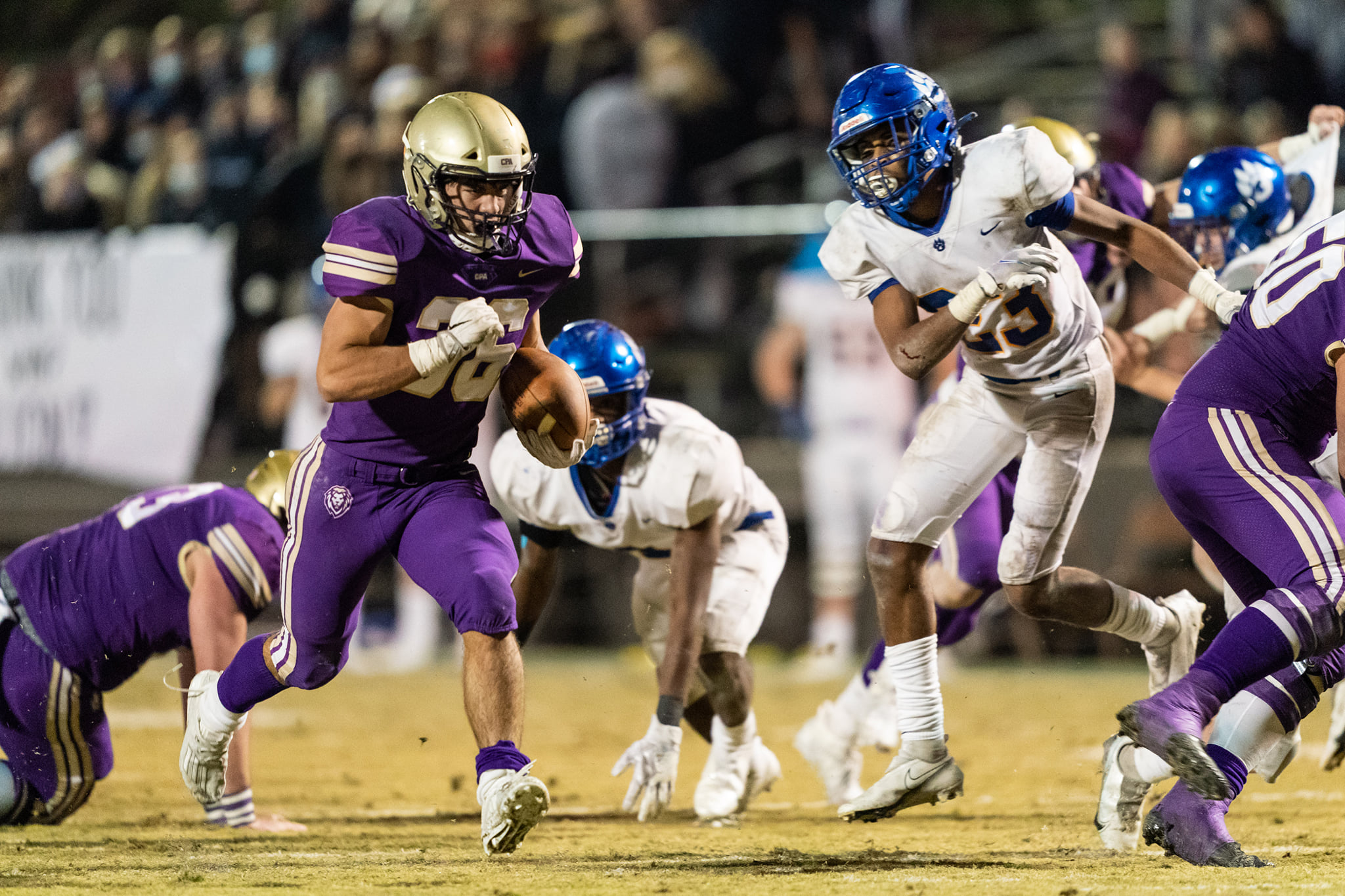 CPA finished the season 11-1 and the victory avenged its only loss which came at Lipscomb Academy on October 23. The Mustangs finished the year at 10-3. The game was played at Tucker Stadium on the campus of Tennessee Tech University in Cookeville.

The game winning touchdown came on a 3-yard pass from Cade Law to Cade Reynolds with 2:31 remaining in the fourth quarter, capping a methodical 15-play, 74 yard drive in 7:14. Lipscomb tied the game earlier in the period on a 22-yard pass from Luther Richesson to Alex Broome. The Mustangs had one final chance to tie the game but CPA’s Reid Williford intercepted Richesson’s first down pass, enabling the Lions to run out the clock.

CPA never trailed and jumped out to a 7-0 lead on the game’s opening drive with Langston Patterson scoring on a 4-yard run. It was the first of three rushing touchdowns on the day for the junior linebacker/running back.

Law was named the game’s Most Outstanding Player with 204 yards of total offense. He rushed for 168 yards and a touchdown on 25 carries and completed 5-of-6 passes for 36 yards and a score. Patterson led the Lions with 191 yards on 34 carries and a long run of 34.

CPA (10-1) and Lipscomb Academy (10-2) will meet later this morning in the TSSAA Division II, Class AA football championship game in Cookeville. Kickoff is set for 11 a.m. at Tucker Stadium on the campus of Tennessee Tech University.

After dropping its first two games of the season, Lipscomb has won 10 consecutive games by an average of 36.7 points. The only time the Mustangs were challenged during that run was in a 20-14 victory over CPA on October 23.

The Lions are led by 2-way standout Langston Patterson. The junior linebacker/running back has 70 tackles (18 for loss) and 3.5 sacks and has rushed for 542 yards. Junior quarterback Cade Law leads the offense CPA with 1,713 total yards (1,146 passing, 567 rushing) and has thrown for 16 touchdowns. The Lions have one other 500-yard rusher in senior Tyler Reid (556). Reid Williford is the go-to receiver with 22 catches for 433 yards and 7 touchdowns. 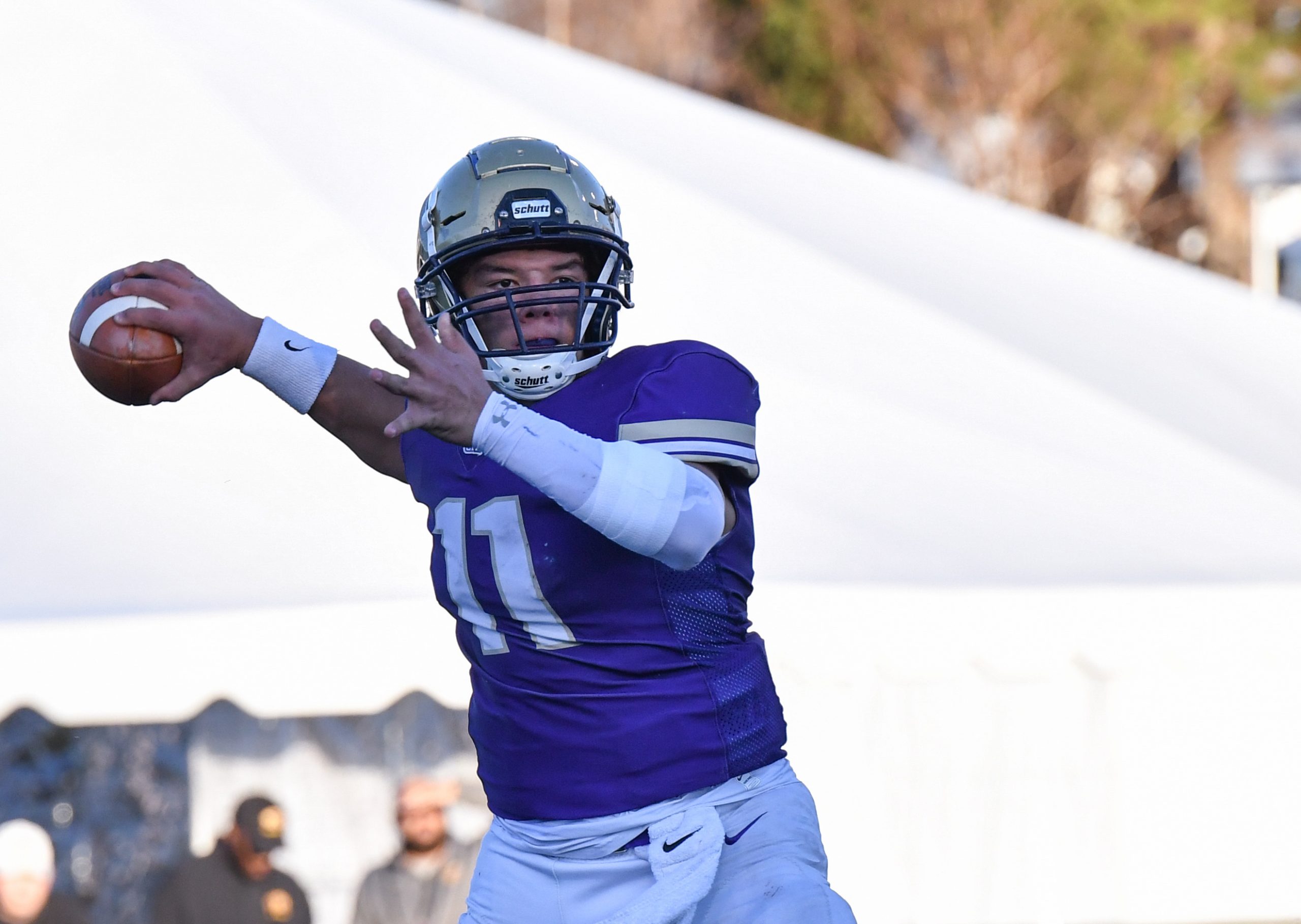 Lipscomb’s offense is led by junior running back Alex Broome who has 1,691 all-purpose yards (1,047 rushing) and 27 touchdowns. Junior safety Jayden Lyles has 45 tackles (11.5 for loss) and five interceptions.

Both teams have advanced to the championship with relative ease. CPA bounced Silverdale, 50-14 in the opening round and eliminated Goodpasture, 58-22 in the semifinals.

Lipscomb opened its playoff run with a 63-3 win over St. George’s 63-3 before dispatching Evangelical Christian 56-13 in the semis.

Both teams advanced through the quarterfinal round when opposing teams were forced to forfeit due to Covid-19. 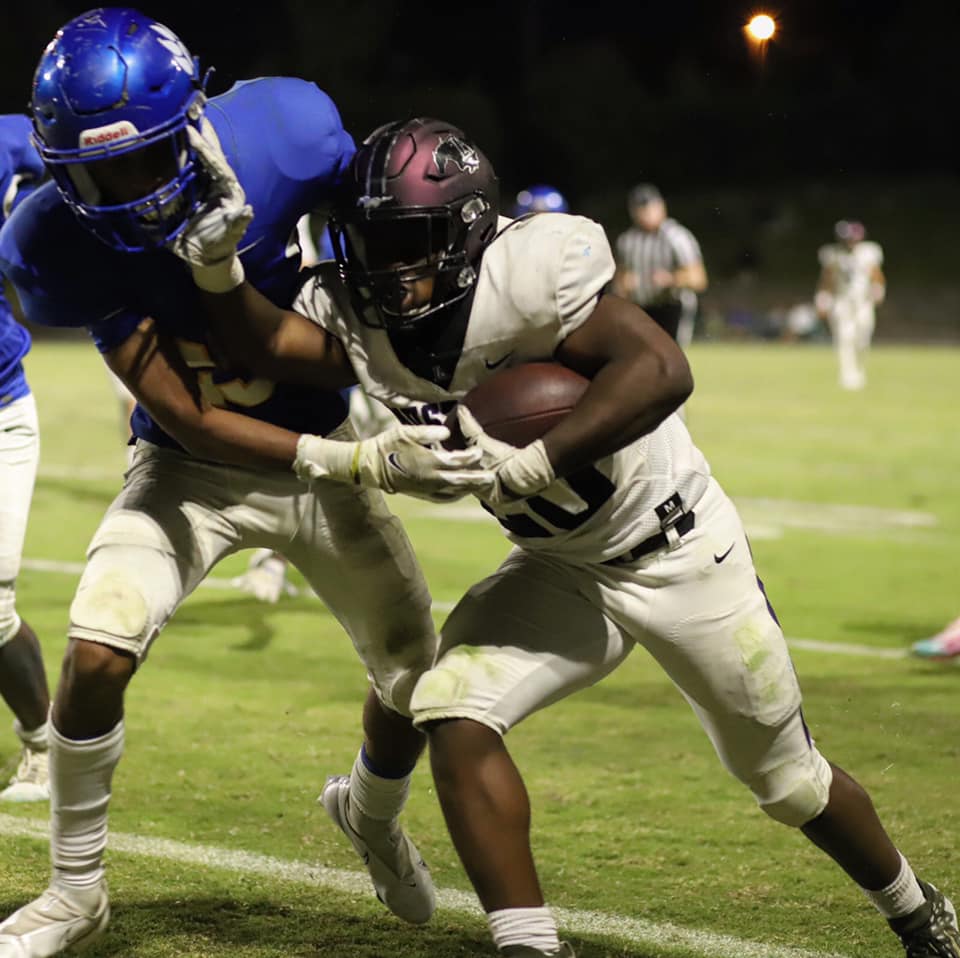 This will be CPA’s third consecutive appearance in the championship game. The Lions won the school’s fourth title in 2018 and, after defeating Lipscomb in last year’s semifinals, came up short against Evangelical Christian in the finale. Lipscomb is looking for its fourth state title and first since 2007. 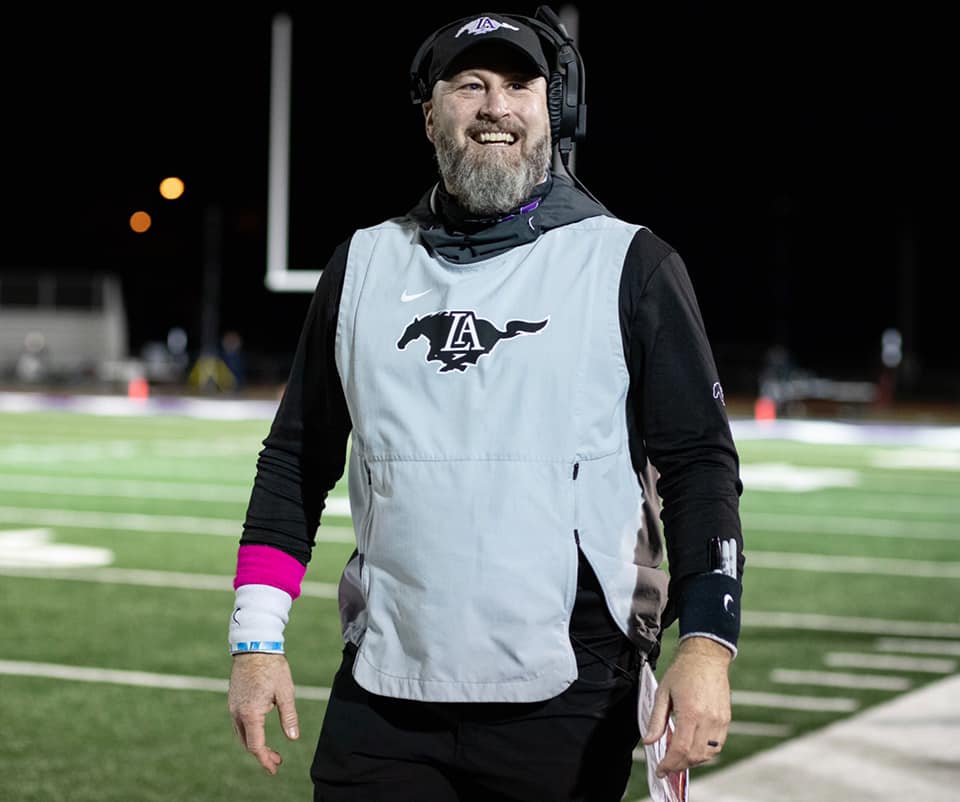 The game will be televised live in Nashville on WUXP (30) and MyTV.