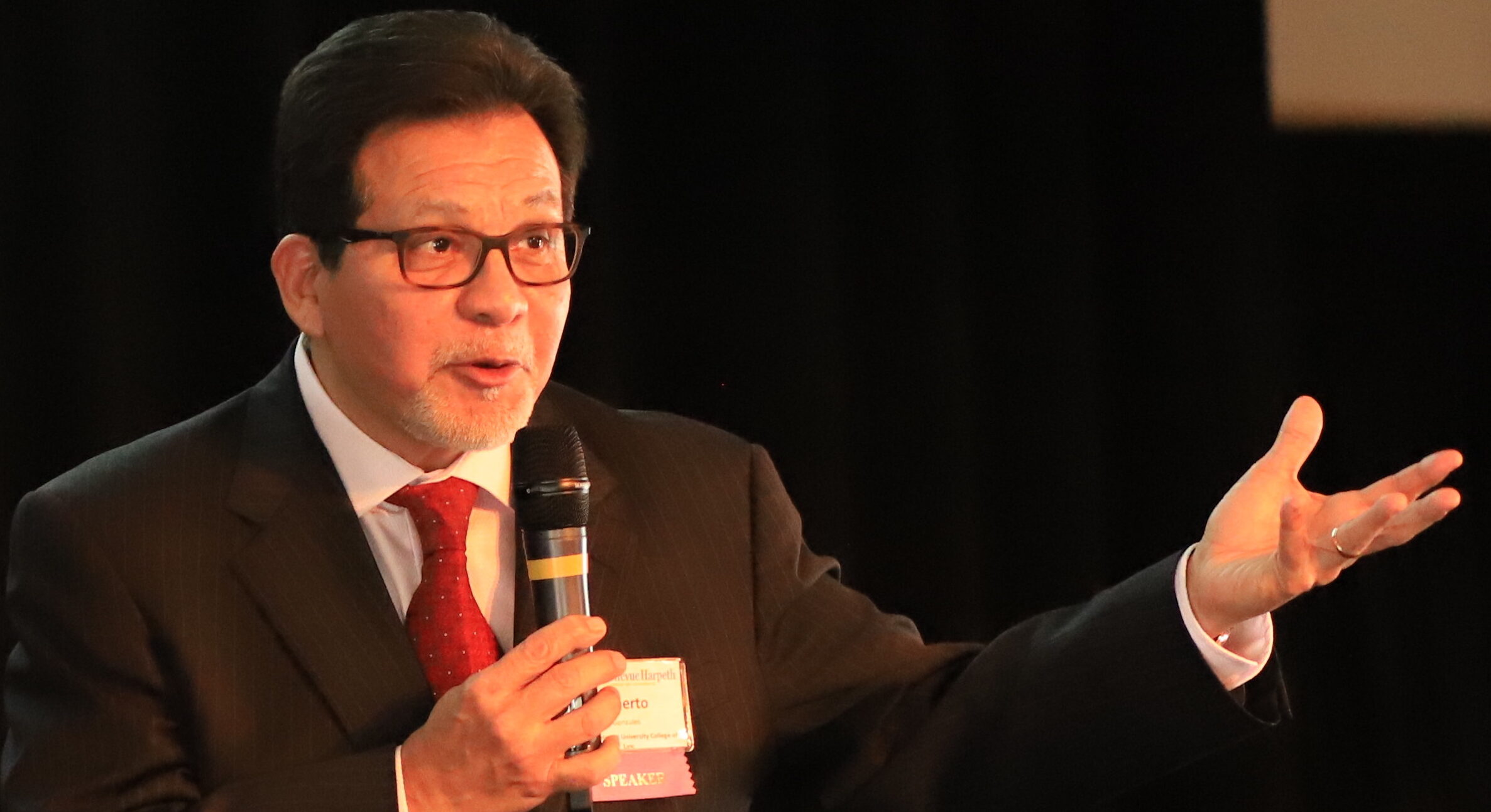 Alberto Gonzales, dean of Belmont University’s College of Law, was the featured speaker at the Bellevue Harpeth Chamber of Commerce luncheon on March 12 at The Barn at The Loveless Café.

Rather than address the assembled crowd with prepared remarks, Gonzales sat for an interview with Chamber Board members, Alan Thompson and Robin Dillon. 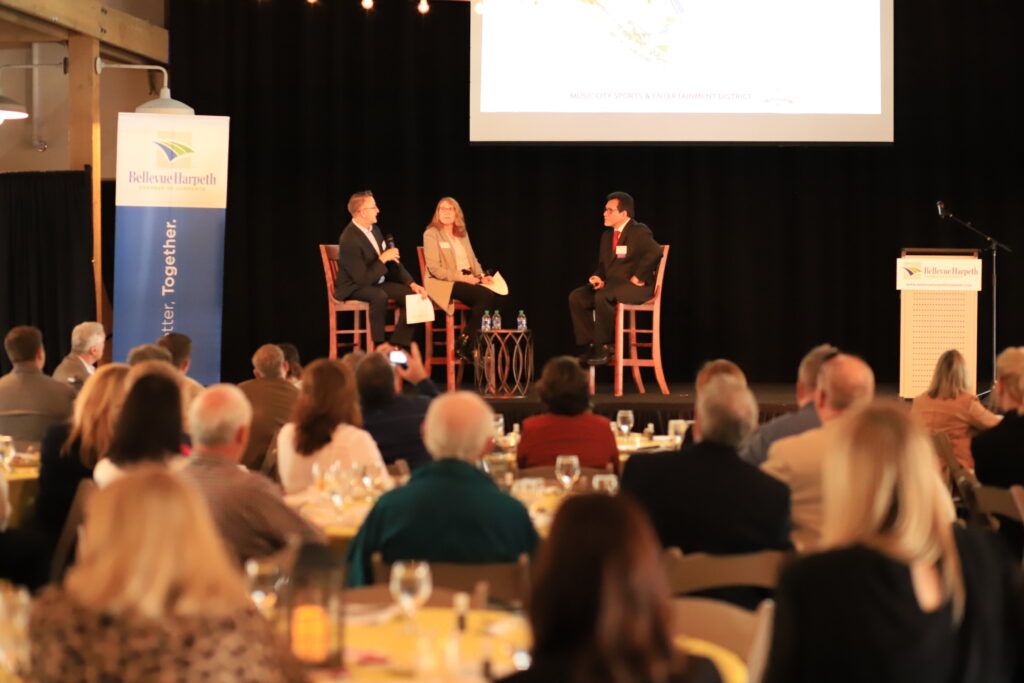 The former U.S. Attorney General in the George W. Bush administration, Gonzales talked about the terrorist attacks of September 11, 2001 and recounted his experiences as the events unfolded that day. That morning he flew out of Dulles International Airport at about the same time as American Airlines Flight 77 that was hijacked and crashed into The Pentagon.

He weighed-in with his thoughts about “the swamp” of Washington, D.C. politics and the polarizing effect it has had on public discourse. 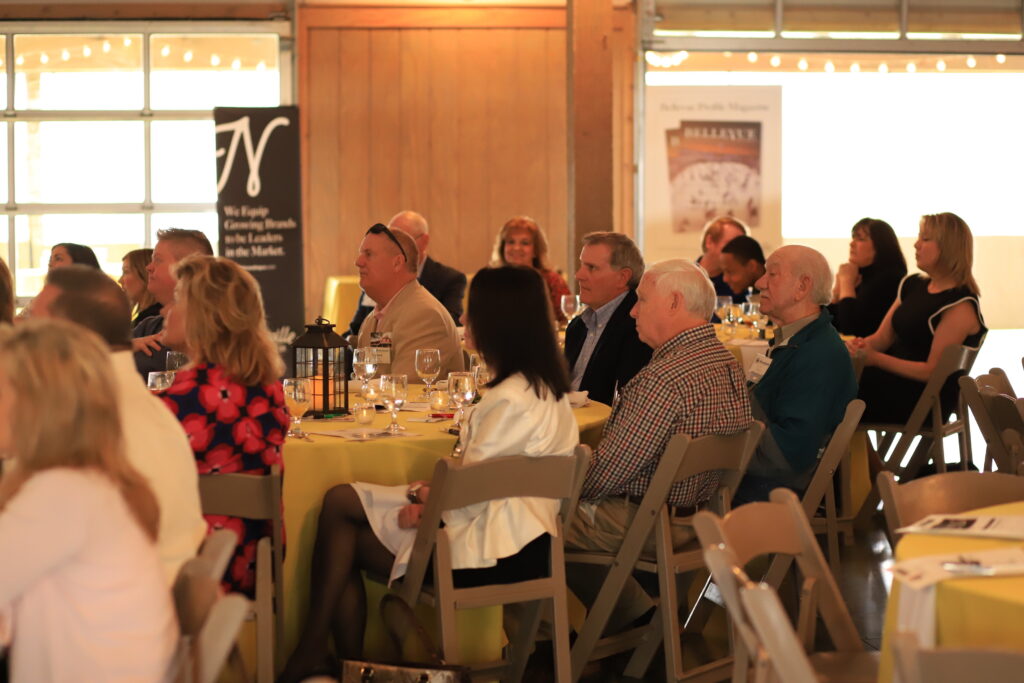 Most of his commentary centered on his life in Nashville.

With a dose of dry humor, the Texas native and history buff acknowledged the role the Tennessee Volunteers played in securing Texas’ independence and the historic bond between the two states.

Gonzales is also a lifelong baseball fan and he spoke at length about his involvement with Music City Baseball and the organization’s effort to bring major league baseball to Middle Tennessee. 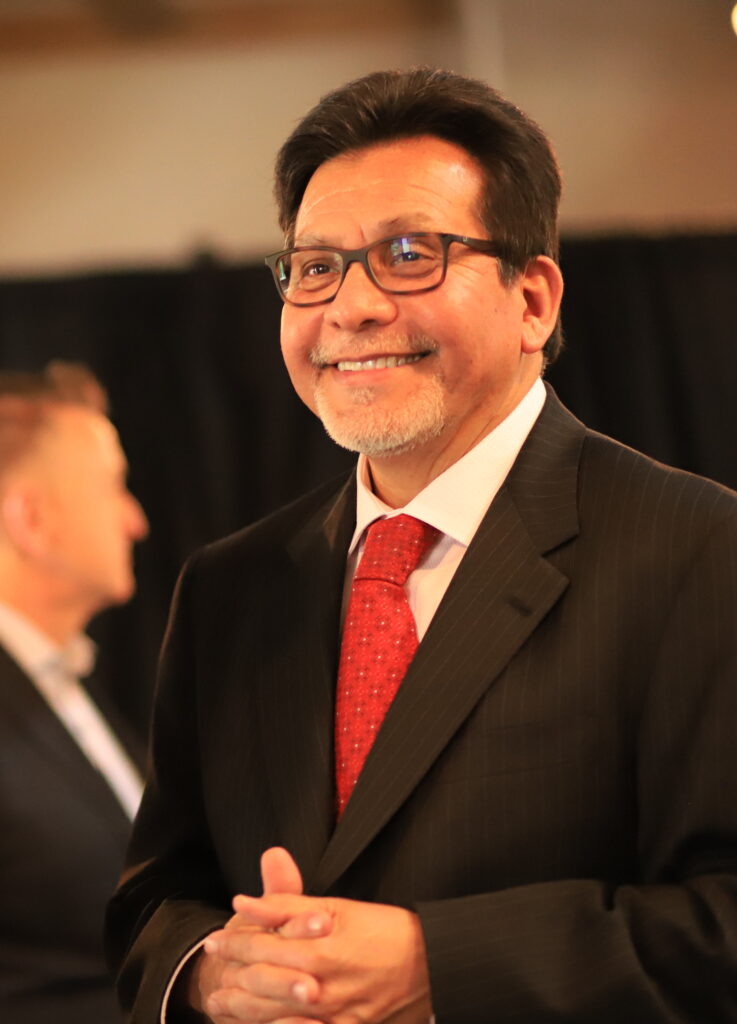 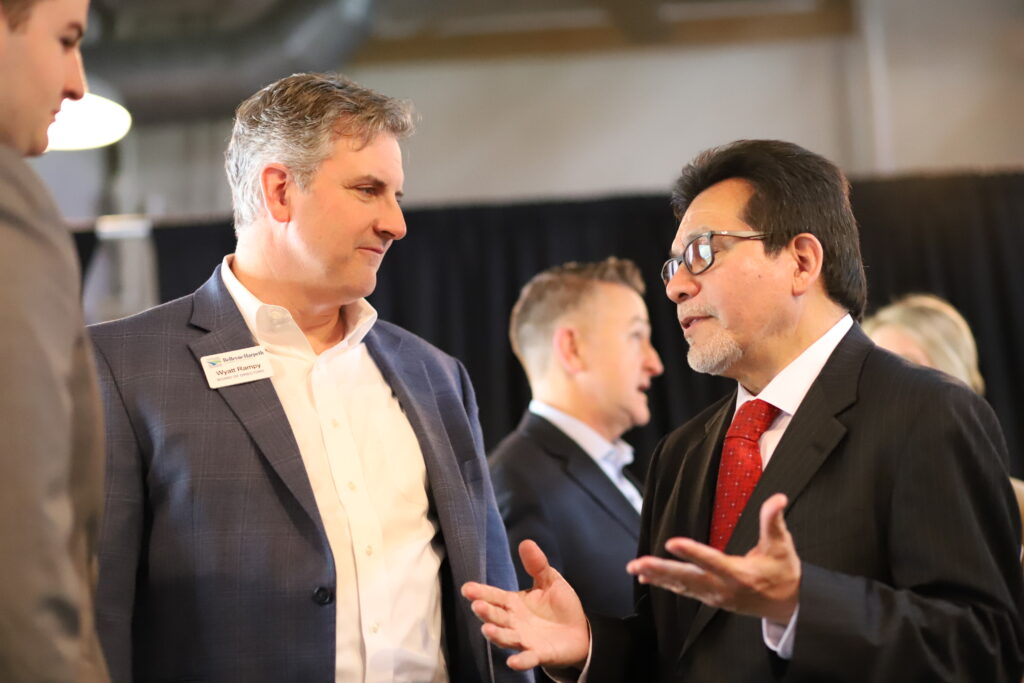