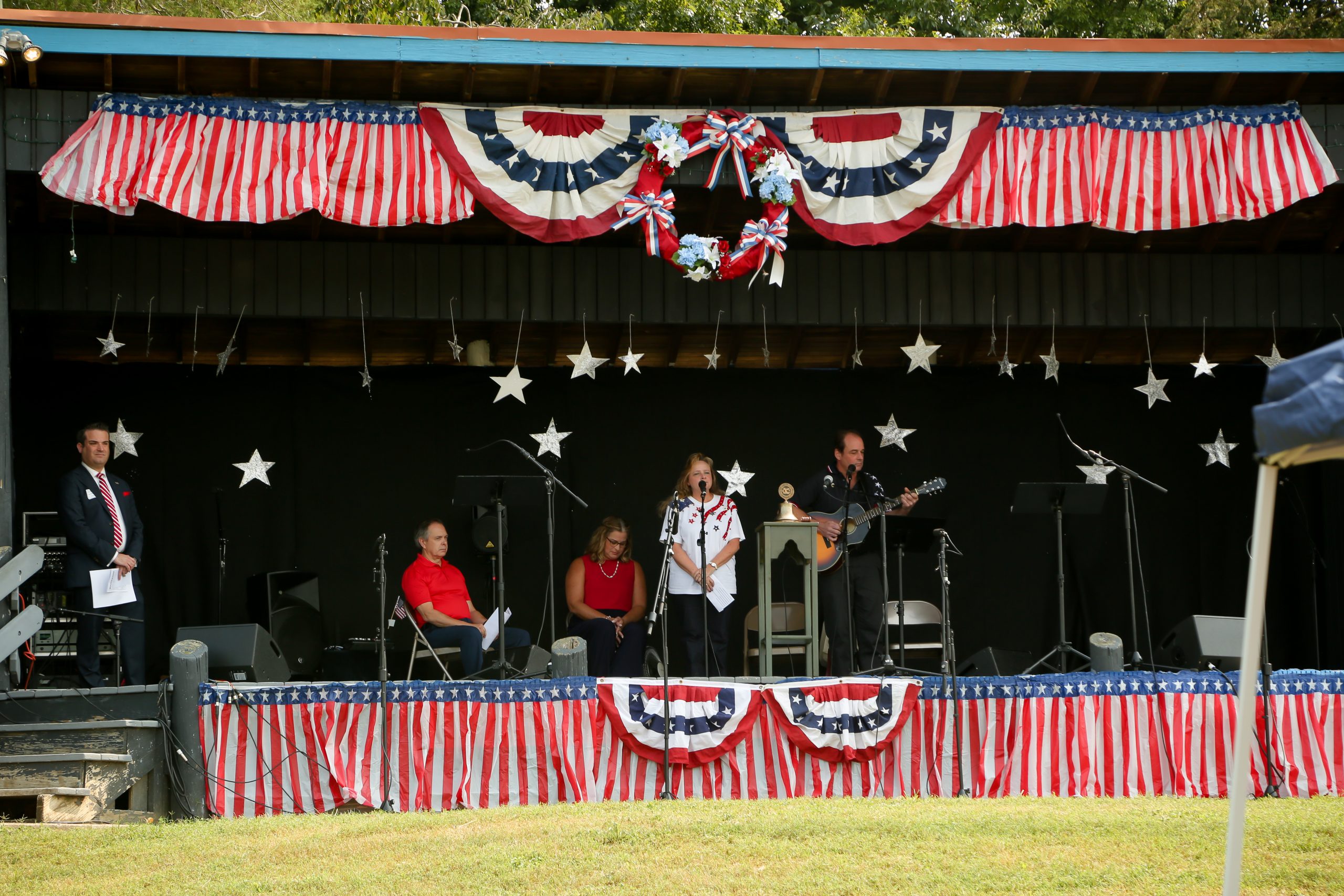 The Bellevue community will commemorated the twentieth anniversary of the 9/11 terror attacks with a Day of Remembrance on Saturday, September 11 in Red Caboose Park.

Sponsored by the Exchange Club of Bellevue, the all-ages event honored the nearly 3,000 people who were murdered that day at the hands of terrorists who hijacked passenger aircraft and crashed them into the Twin Towers of the World Trade Center in New York City and the Pentagon in Washington, D.C. 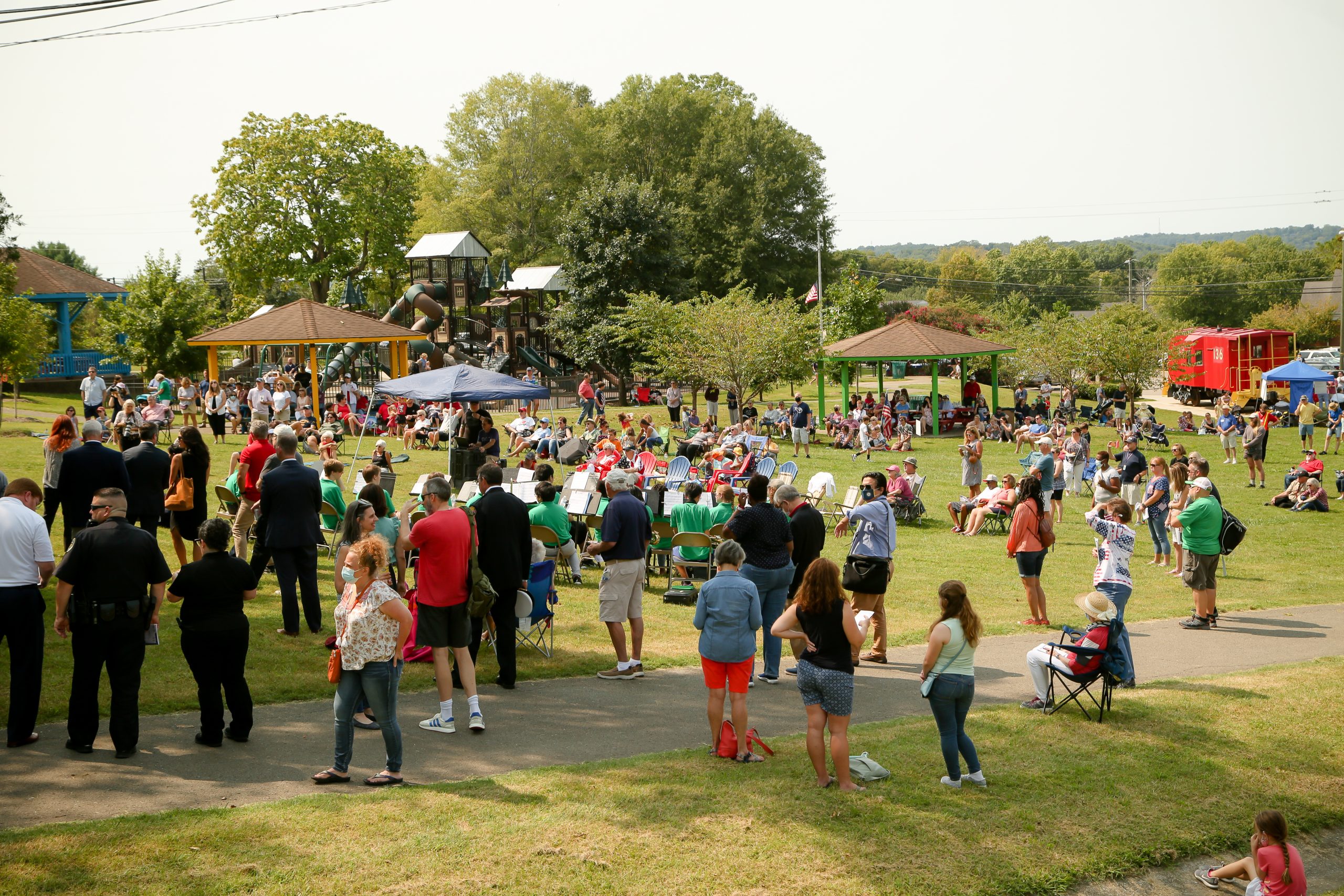 Event organizers estimated that several hundred people were on hand for events that featured live patriotic music, a flag ceremony, a reading of a the fateful day’s timeline by elected officials, recognition of Bellevue’s first responders and above all, to enjoy a day of camaraderie and unity with friends and neighbors. There was even an educational component for the hundreds of attendees who were not alive on September 11, 2001 or who are too young to remember. 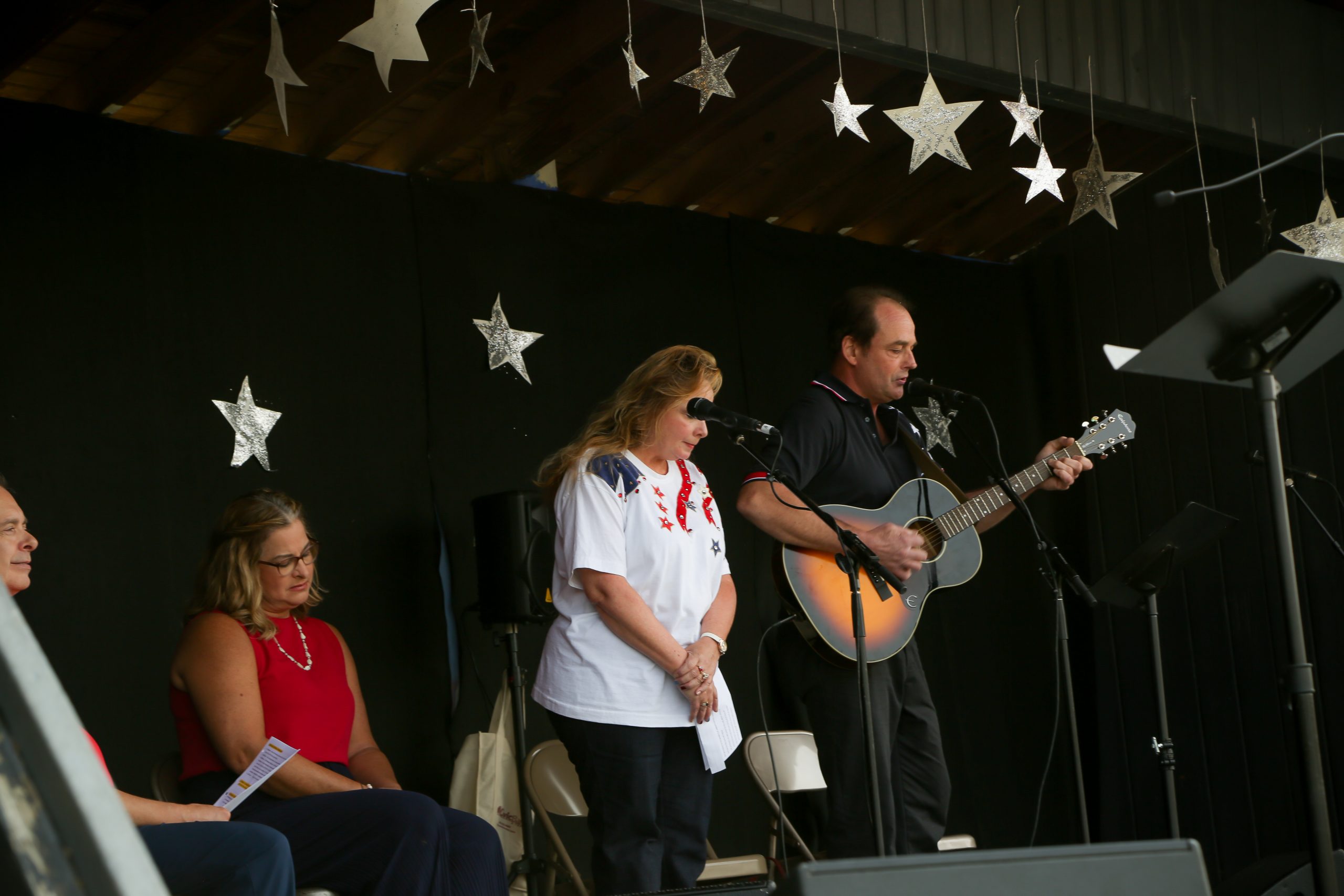 “We set out to create a meaningful tribute to those who lost their lives and to take some time to pause and reflect,” said Exchange Club of Bellevue representative Jim Dyes. “I think the people of Bellevue were proud that this took place in their part of town.

“In the days and weeks after 9/11 there was intense unity throughout the country our desire at the Exchange Club was to help bring people together in a divided country. I think that was accomplished.” 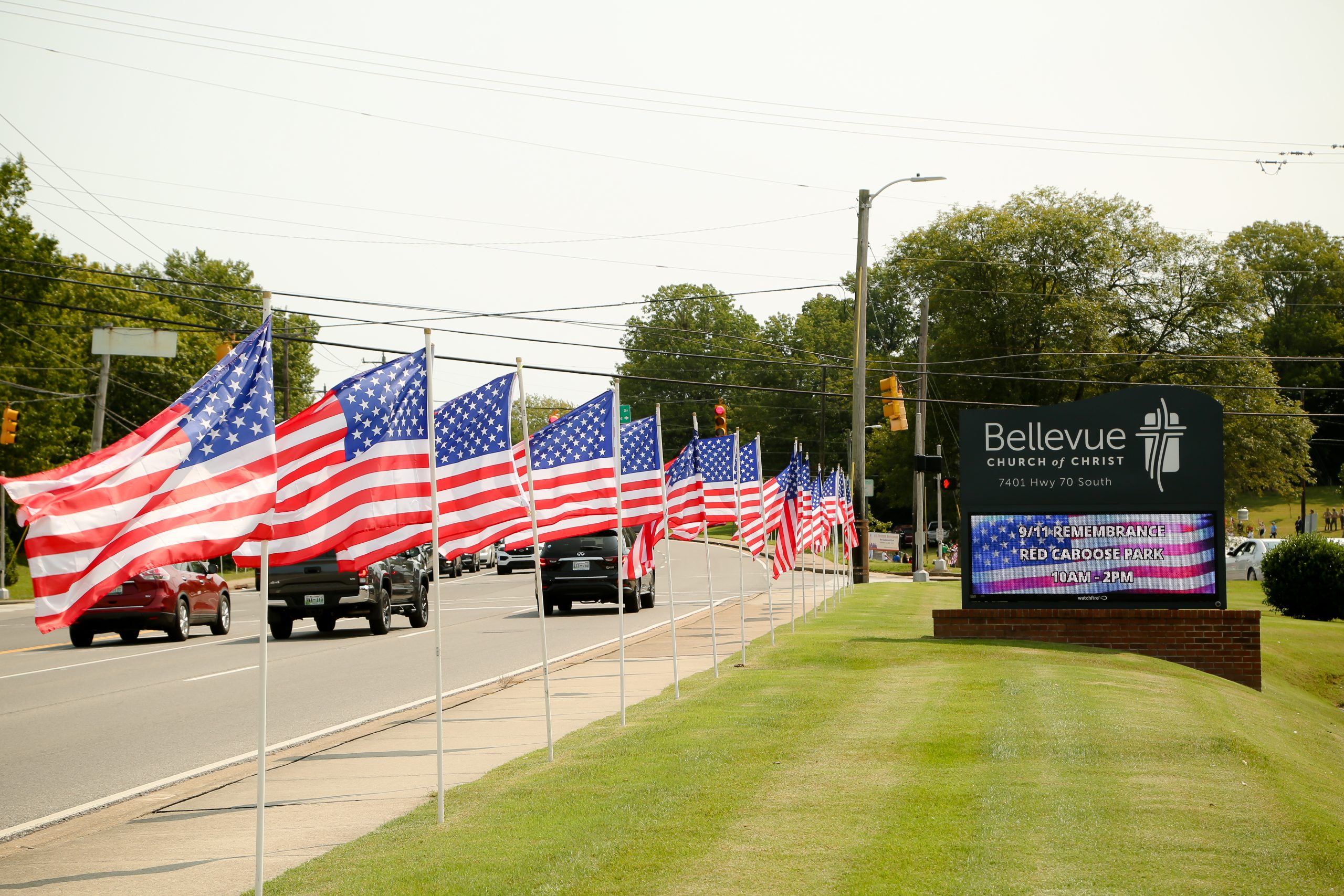 The event also generated more than $2,500 in food and beverage sales with 100 percent of the money collected going to the Bellevue First Responders Scholarship Fund. Additional funding from sponsorships will be added to that total. Details about fund distributions will be announced later this year. 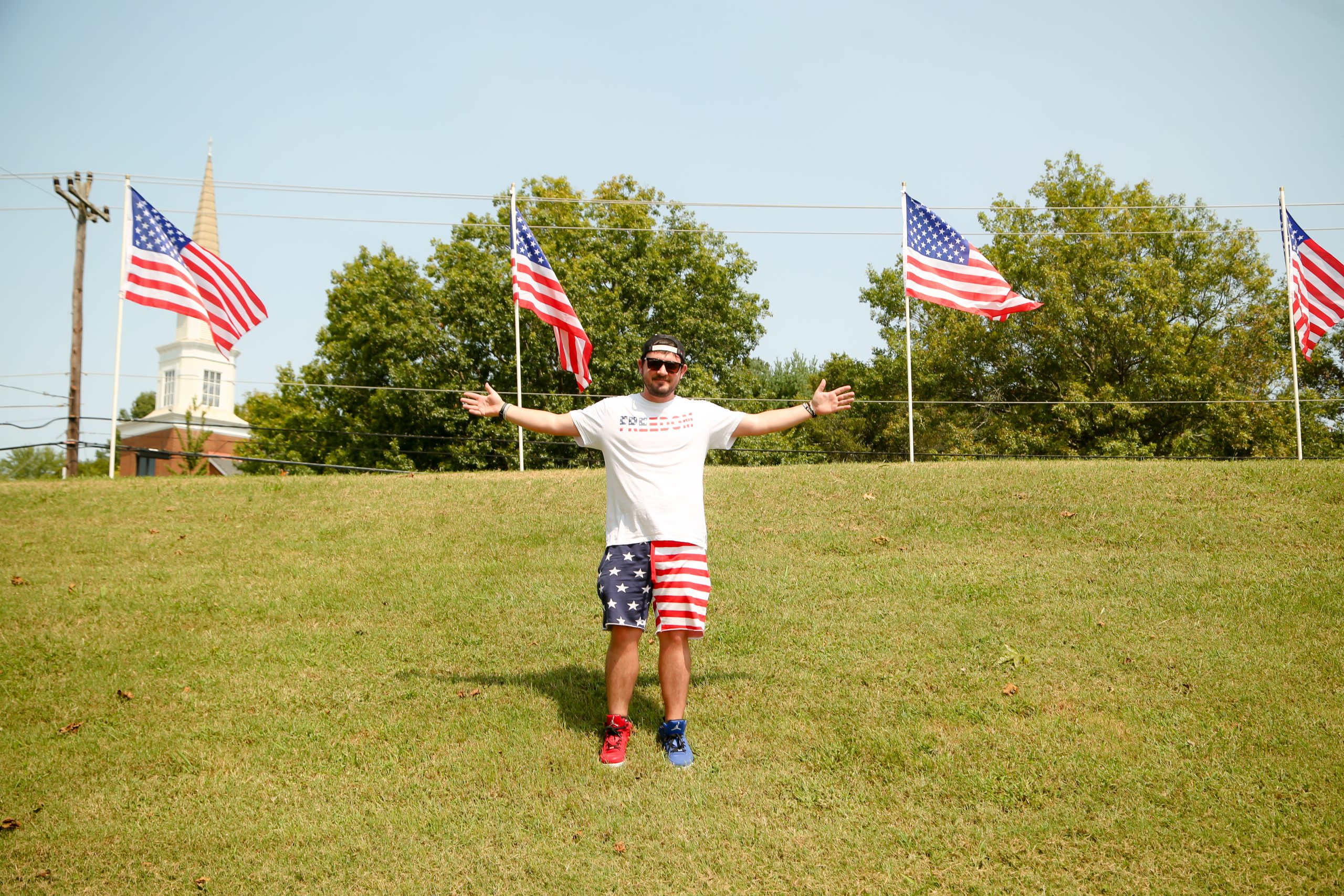