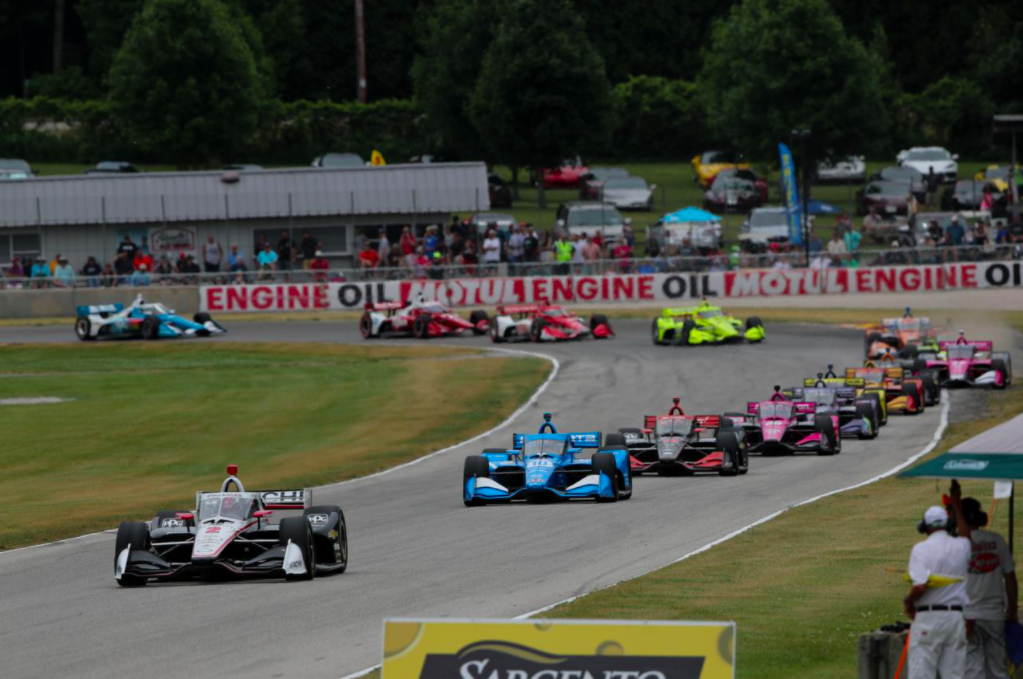 Nashville’s reputation as a host for elite sporting events will be enhanced further this weekend as the Big Machine Music City Grand Prix for the NTT IndyCar Series takes to the downtown streets.

The race is scheduled for Sunday at 4:30 p.m. but an entire weekend of events begins at 10 a.m. Friday. Racing activities include practice and qualifying rounds. There will also be a Family Fun Zone, concerts and a fireworks display Saturday night at 10 p.m. 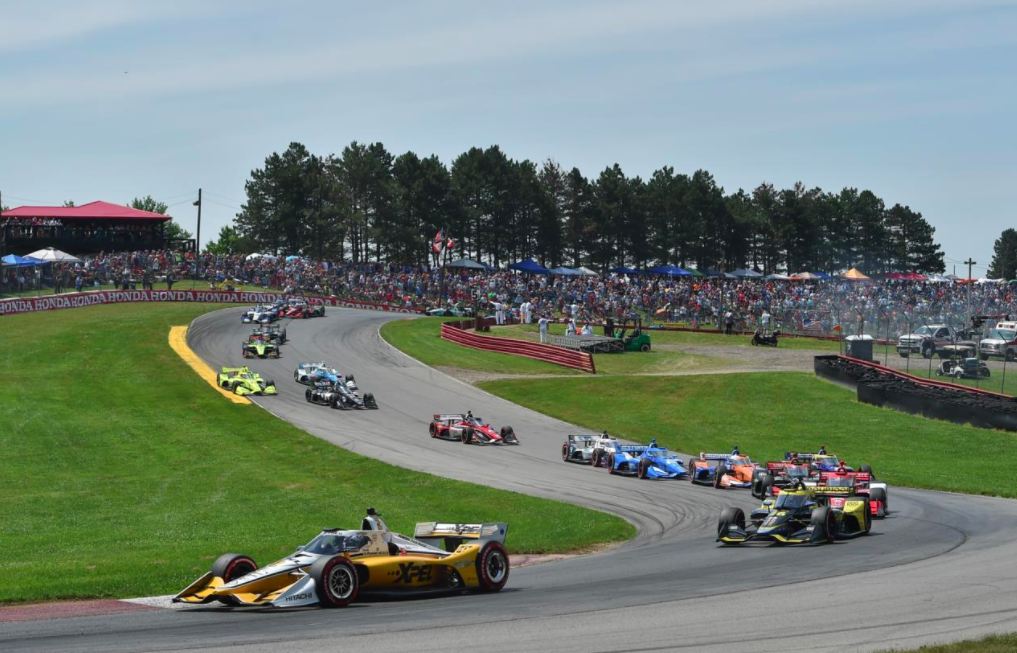 As the sanctioning body of the Indianapolis 500, IndyCar is the nation’s major league of open wheel racing and the circuit’s top drivers will be speeding through the 11-turn, 2.17-mile temporary course. The course runs roughly around the east side of the Nissan Stadium parking lot before crossing the Korean Veterans Memorial Bridge. From there it winds through First Avenue South before crossing back over the bridge.

The cars might spend a lot of time alongside the football stadium – where the paddock and pit road are — but the scenic bridge with its 2,500-foot span over the Cumberland River will be front and center. With two crossings per lap, it’s possible that never in the history of motorsports has more time been spent racing over water. 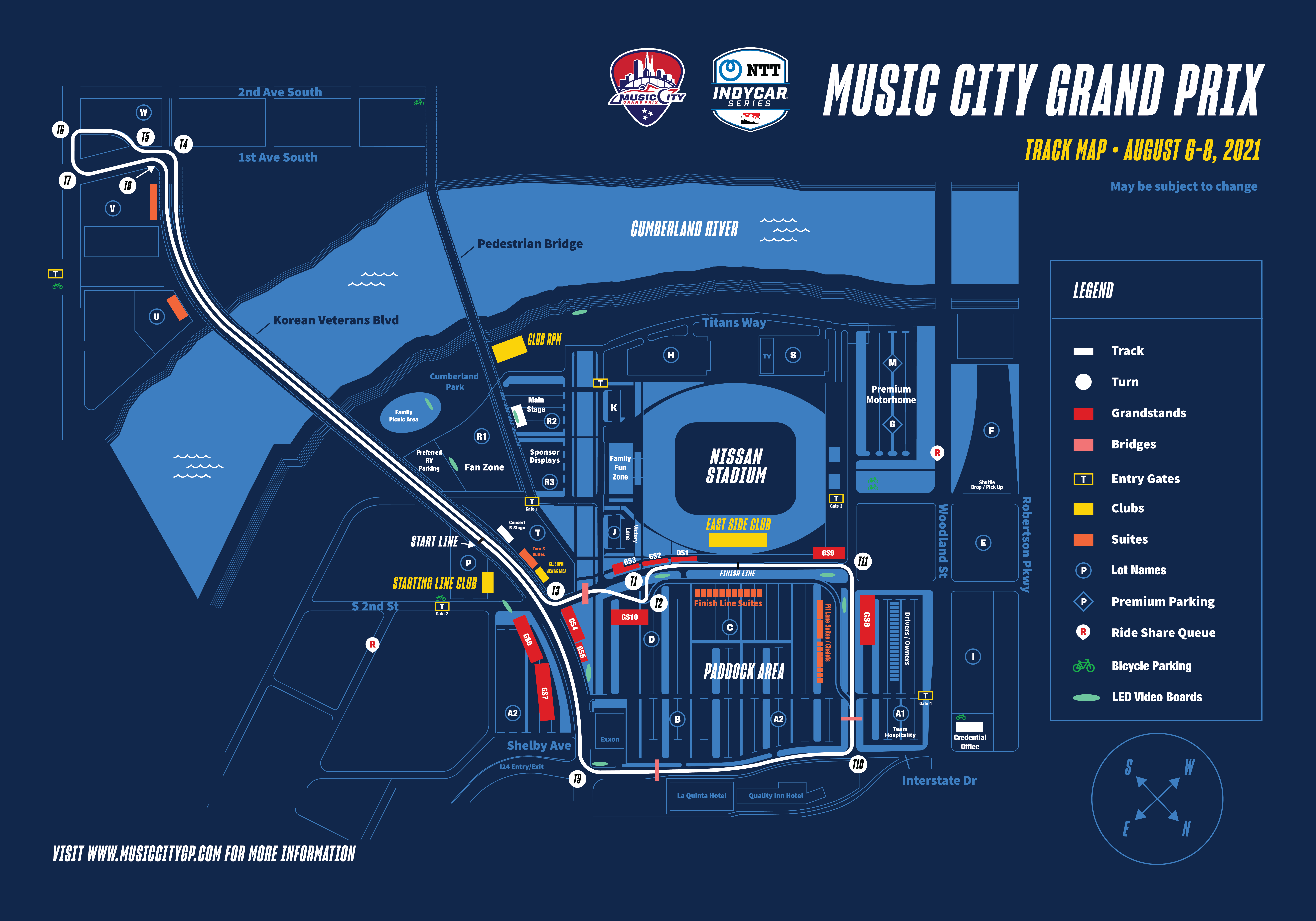 Against the backdrop, anticipation for the Music City Grand Prix is said to be generating more excitement than any race outside of Indianapolis. No one is more excited than Nashville native and IndyCar star, Josef Newgarden, driver of the No. 2 Hitachi Team Penske Chevrolet.

“From a longevity standpoint, if the track is built correctly and if the event is run right, then the staying power of this street course event is really high,” said Newgarden. “It’s a great promoter group; it’s a great ownership group. Everyone’s really passionate, and a lot of the owners are very intimate with motorsports and understand the landscape.

“These aren’t just capital people that are there to try to make an investment and make a return. They actually live and breathe motorsports, and that all lends itself to (event) longevity.” 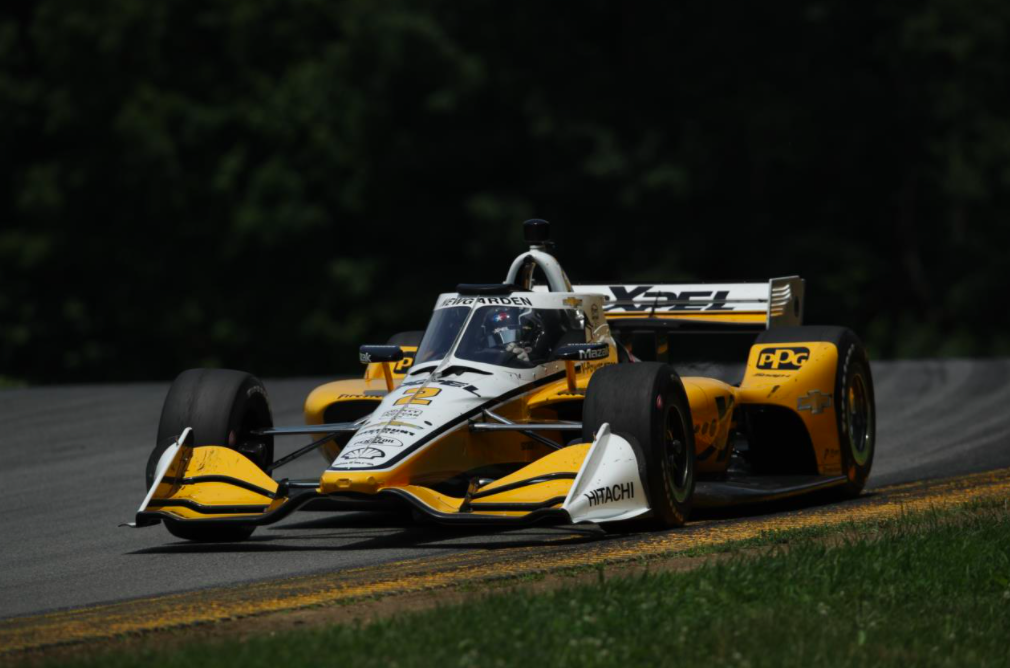 Newgarden is a 2-time IndyCar Series champion having won titles in 2017 and 2019. He has 19 career wins, including his first of the season in the most recent event on July 4. Currently he is fourth in the standings, 59 points behind series leader Alex Palou.

An accomplished athlete, the 30-year-old Newgarden appeared on a 2016 episode of American Ninja Warrior with other IndyCar Series driver and has participated in the NFL Combine and the Indiana Pacers Slam Dunk contest. He played baseball and basketball before turning his attention to racing where he has competed in IndyCar since 2012. 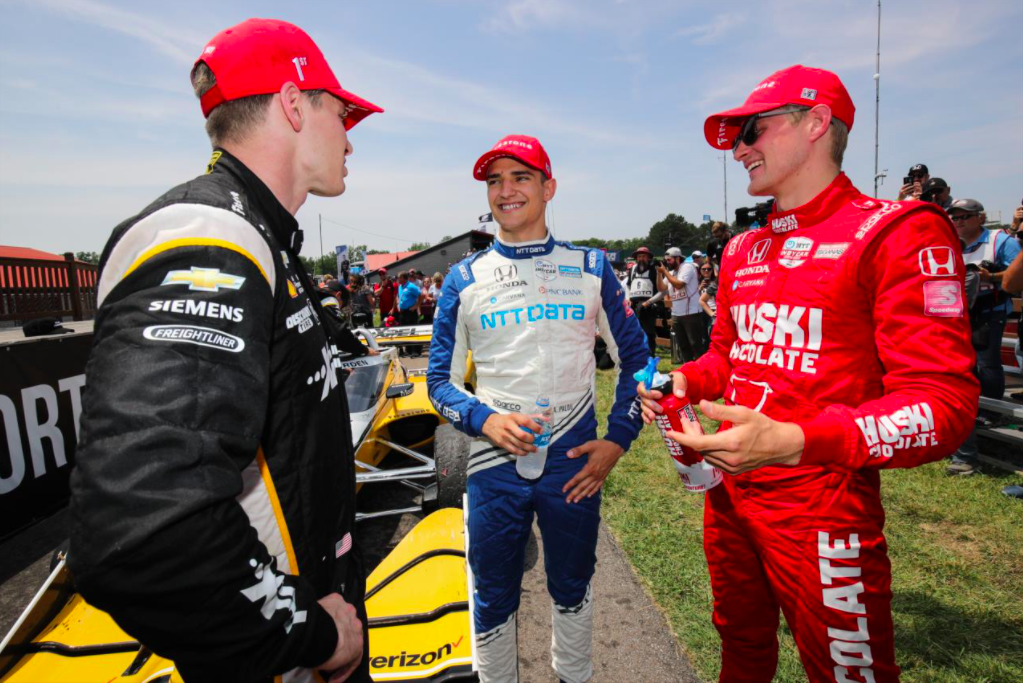 The drivers have only experienced the circuit in simulators and unofficial track walks, but they like what they’ve seen.

“(It) looks like a super-challenging track, but also super exciting,” said Romain Grosjean, driver of the No. 51 Nurtec ODT Honda of Dale Coyne Racing with RWR. “It’s tight, it’s bumpy, but then you have a super flat-out section where you go over the bridge and then a very flowing section next to the stadium.

“It’s a very complicated layout, but once you get into the rhythm, I think it’s going to be an incredible event.”

Graham Rahal (No. 15 United Rentals Honda of Rahal Letterman Lanigan) said there are many reasons to like this circuit.

“I expect good racing,” he said. “The main reason for that is because the bridge is so long down and back, and there are some areas of the track that are very wide, as well.

“Other than the Indy 500, this is the race that everyone says they’re going to.” 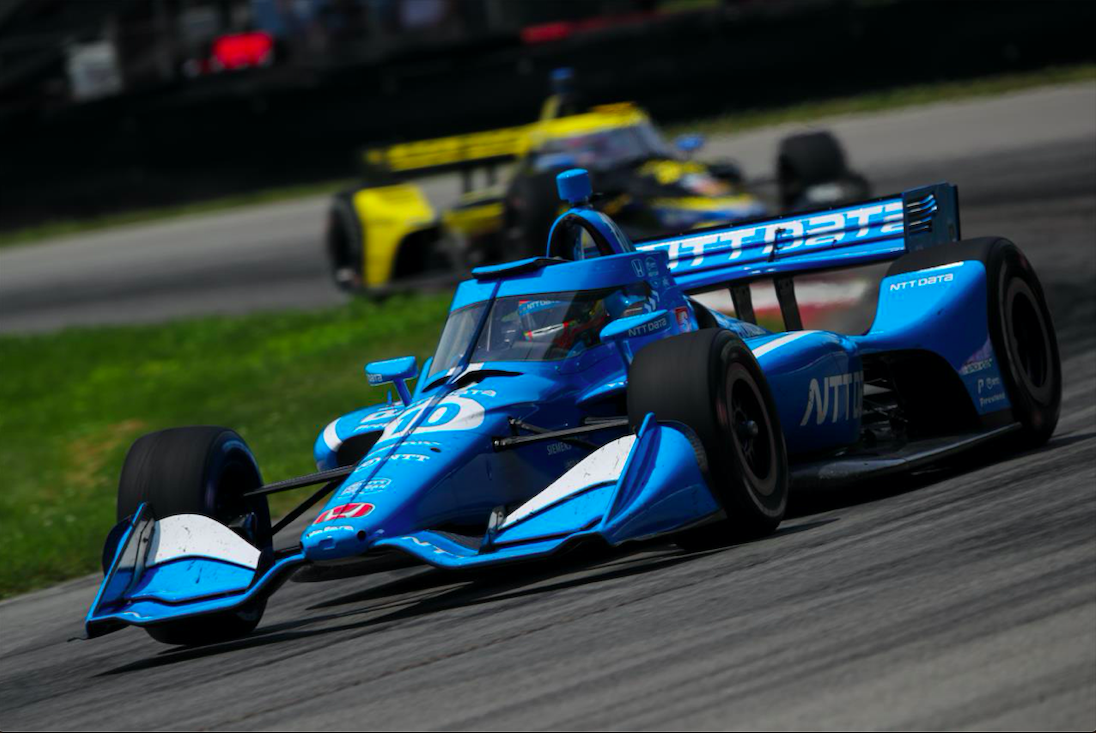 Second-year driver Alex Palou (No. 10 NTT DATA Honda of Chip Ganassi Racing) holds a 39-point over another relative newcomer, Pato O’Ward, who is in his second full season driving the No. 5 Arrow McLaren SP Chevrolet. Both drivers have won the first two races of their INDYCAR careers this season, and they also are the only two series drivers with a pair of wins in 2021. Count them among the top contenders here, too.

Scott Dixon, who is bidding for a record-tying seventh series championship in the No. 9 PNC Bank Grow Up Great Honda of Chip Ganassi Racing, is 56 points out of the lead. While no one has raced before in downtown Nashville, Dixon has won races at two other tracks hosting events this month (the Indianapolis Motor Speedway road course and the oval at World Wide Technology Raceway).

Will Power (No. 12 Verizon 5G Team Penske Chevrolet) has proven to be a quick learner at new temporary circuits, having won the first INDYCAR races in Sao Paulo and Baltimore. He figures to be desperate for a win as he doesn’t have one yet this season and is riding a streak of 14 consecutive seasons with at least one victory. Dixon, who won May 1 at Texas Motor Speedway, has already extended the record to 17 consecutive seasons. Power is No. 2 all time on that list.

There are 27 car-and-driver combinations entered, with Helio Castroneves (No. 06 Transcard Honda of Meyer Shank Racing), Santino Ferrucci (No. 45 Hy-Vee Honda of Rahal Letterman Lanigan) and rookie Cody Ware (No. 52 Nurtec ODT Honda of Dale Coyne Racing with RWR) again participating. This will be INDYCAR’s largest non-Indy field since the 2013 race at Long Beach. 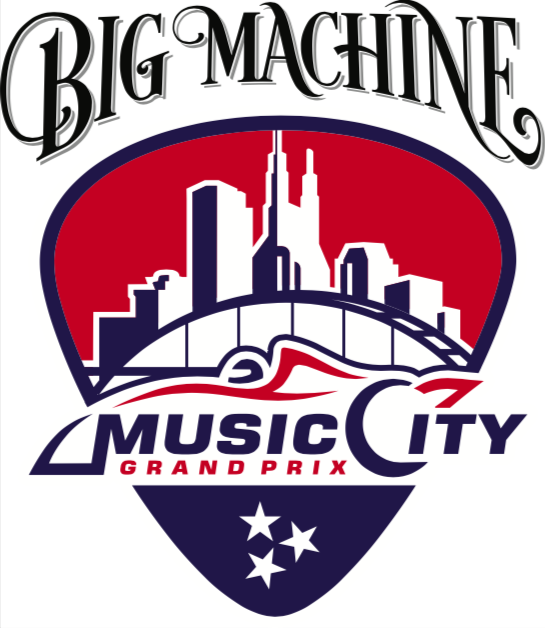