Col. Littleton: Made in the USA 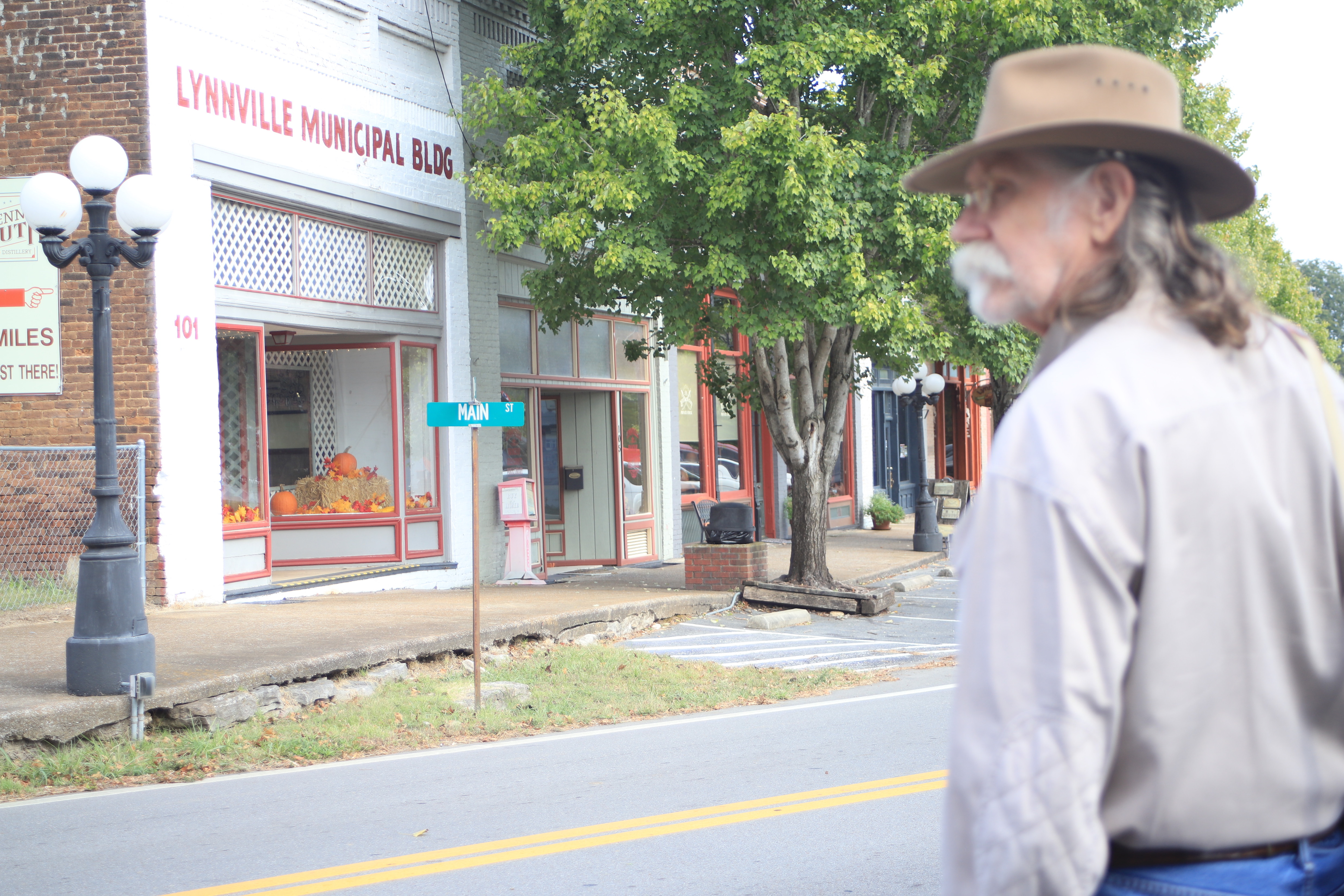 Raised and educated in Bellevue, Garry ‘Colonel’ Littleton has earned an international reputation for creating handcrafted, American made leather goods of the finest quality.

In these days of mass production, cheap foreign-made goods and same-day delivery, a common consumer lament is, “They don’t do things like they used to.”

But in reality, they still do and they do it where they always have: typically in small town America.

One such locale is Lynnville, Tennessee. Situated in Giles Co. about an hour or so from Nashville, Lynnville is where you’ll find Col. Littleton, The Great American Leather Company.

As a purveyor of top-quality, handcrafted goods, Col. Littleton is one of those companies that, indeed, do things like they used to. Always has. Always will. 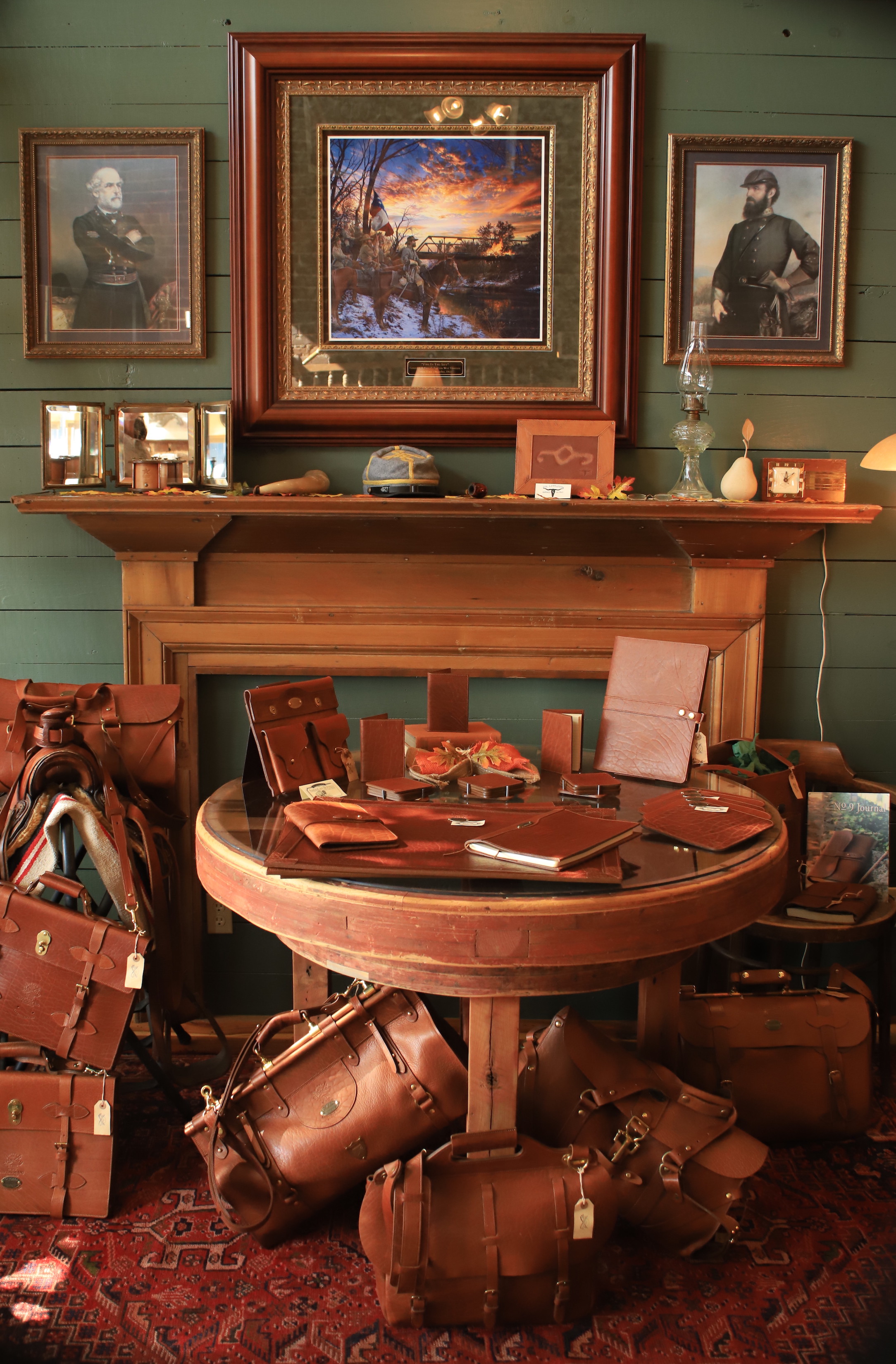 “We have nothing you need; I’m selling wants,” says ‘Colonel’ Garry Littleton, the company’s founder and namesake. “Nobody needs a $1,500.00 bag to take on a plane. But people who own our stuff get stopped in airports all the time by people who want to know, ‘where did you get that?’”

In all likelihood they got it from one of the two Col. Littleton stores on Mill Street in downtown Lynnville, or directly from the company’s website, ColonelLittleton.com. The only other retail sources for Col. Littleton goods are high-end specialty catalogs like Orvis or Sundance.

AN OFF THE ‘CUFF’ CHANCE

Garry Littleton spent a good part of his formative years in Nashville. His family moved here and built a home in Bellevue where he graduated in the Bellevue High School class of 1961.

Eventually, he went to work in the fashion industry where he called on many of the top men’s apparel retailers.

Around 1987, Littleton purchased 17 pair of unique antique cufflinks and took them out on a sales call. He came home empty handed.

It was at that point that he knew he was on to something. He knew that others shared his appreciation for the finer things, not just for their style and quality, for the stories that are attached to them. 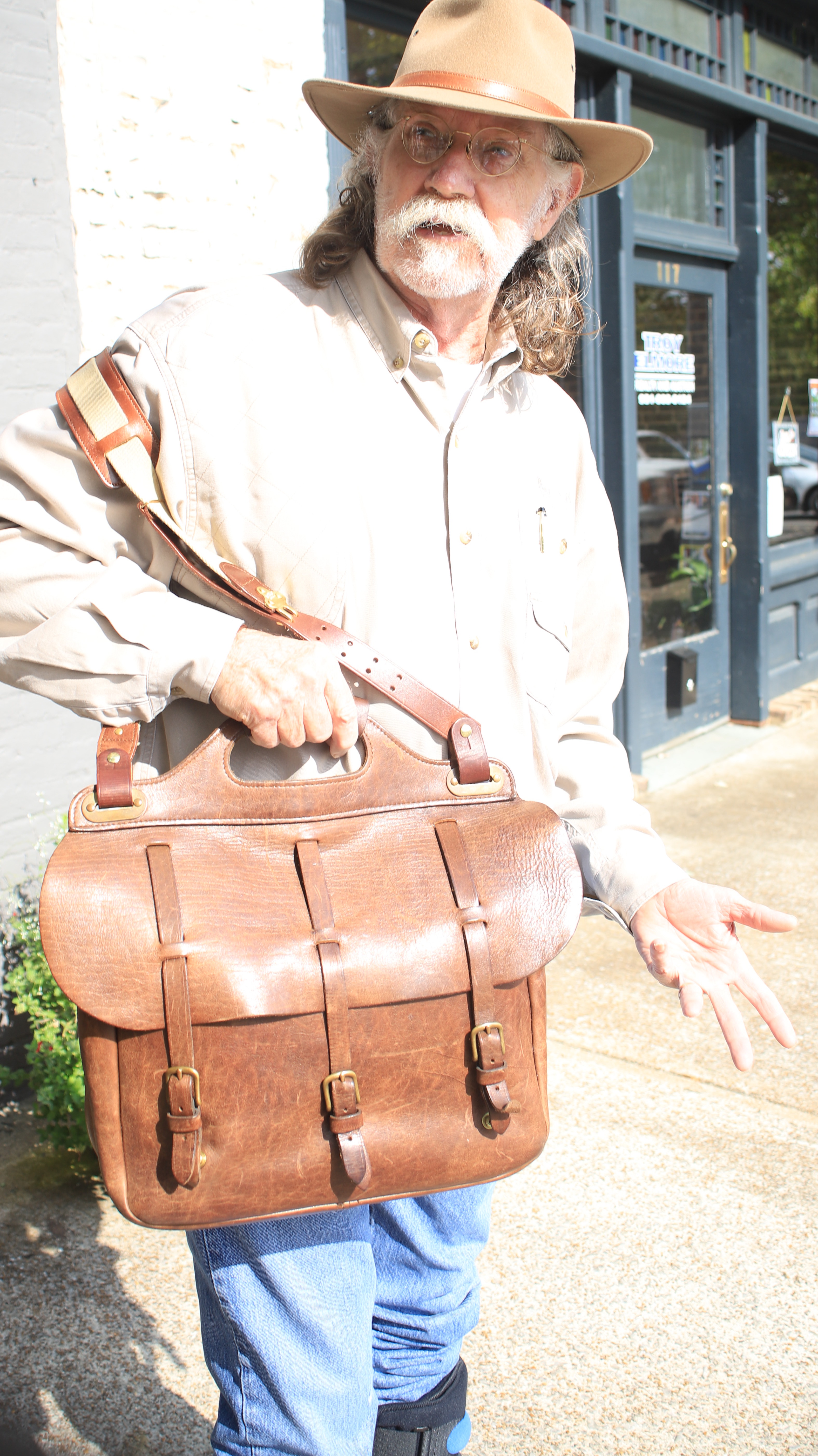 FROM GIFTS TO HEIRLOOMS

Littleton’s passion is creating gifts that mean something. His respect for family history and tradition are central to his being.

“It used to be that pocket watches and Civil War swords were passed down through the generations,” he says. “A pocketknife was a rite of passage. “If the pocketknife was engraved with your daddy’s name, what would you take for it? The answer is, ‘nothing.’”

In fact, one of Col. Littleton’s best-selling items is the #3 Foxfire Knife with a stainless steel locking blade, solid brass bolsters and bone handles. It comes with a leather case and sells for $90.50. It can be engraved with the recipient’s initials for just a few dollars more.

“Mementos and keepsakes, they may not have much value to anyone else in the world, but they are priceless to the family to which they belong,” says Littleton. “I see everything we make as a family heirloom. Everything will last and can be passed down through the generations. And we make things that people use.”

It takes time to make something that will last a lifetime and Littleton is a stickler for quality.

“I tell people that the only two things that determine cost are materials and time,” he says. “Top quality materials (only top grain leather is used) and skilled craftsman who put in the time to make something that’s right.

“Anybody can make it cheaper. No one can say ‘we make it better than Colonel and we make it for less.’” 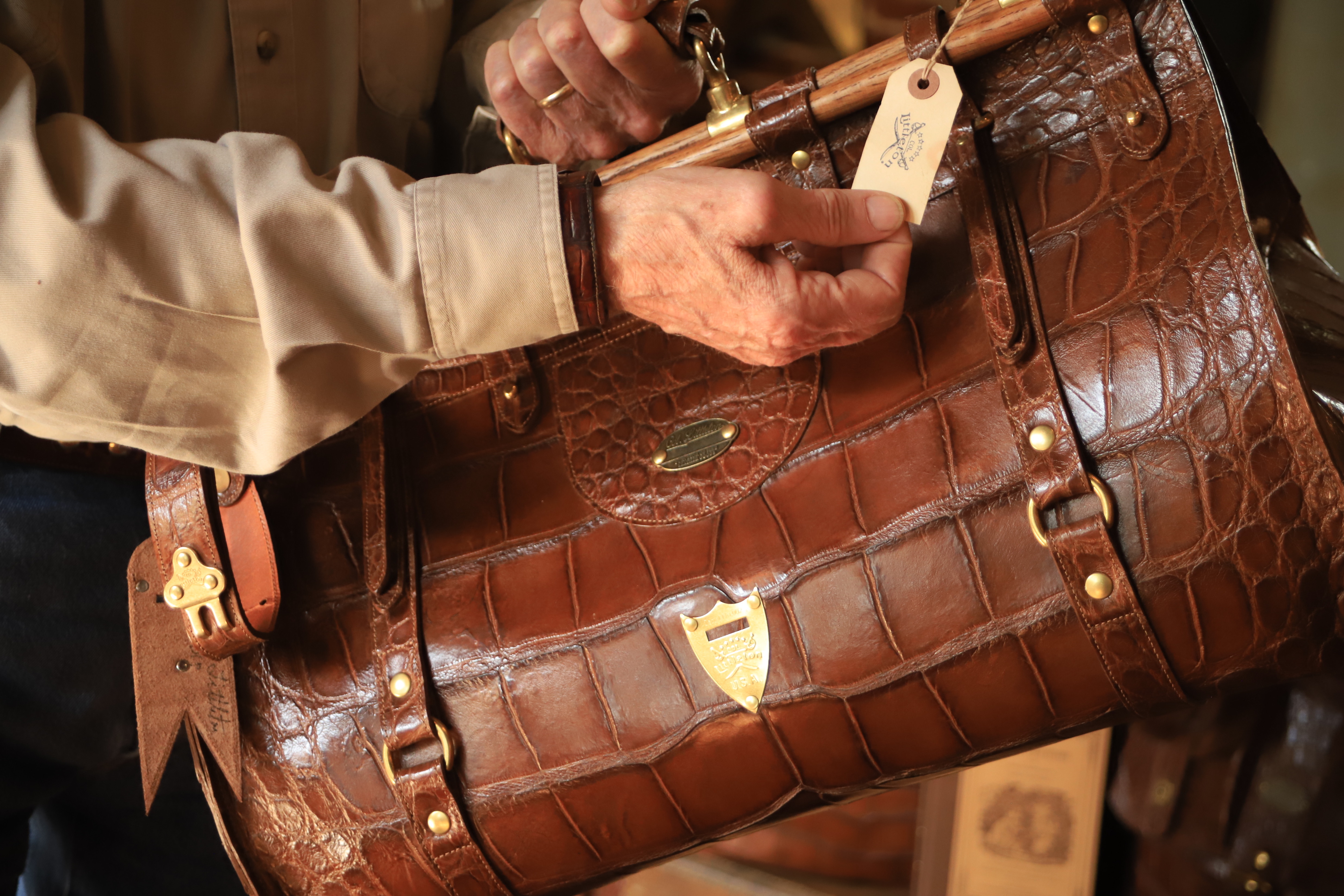 Littleton says the keys to his brand are personality, small town values and the fact that everything is made in the USA.

The personality component emerged shortly after the business started in the late 1980s. “I always thought there was a ‘colonel’ in every small town and I had a photo or portrait of a guy who looked the part,” says Littleton. “So it began as a character. Then someone said, ‘you’re the colonel’ and it went from there.

“It works well for us. Everyone wants to believe that there’s still a Mayberry somewhere. I think Lynnville is a good example of small town America.

“I speak to companies around the country and they ask me about Lynnville and I tell them, ‘we ain’t got but one thief. So when he takes something we just go to his house and get it.’

“People here work hard, they look out for each other and they don’t make excuses. If I didn’t watch TV or the Internet, I’d think everything in the world is great.” 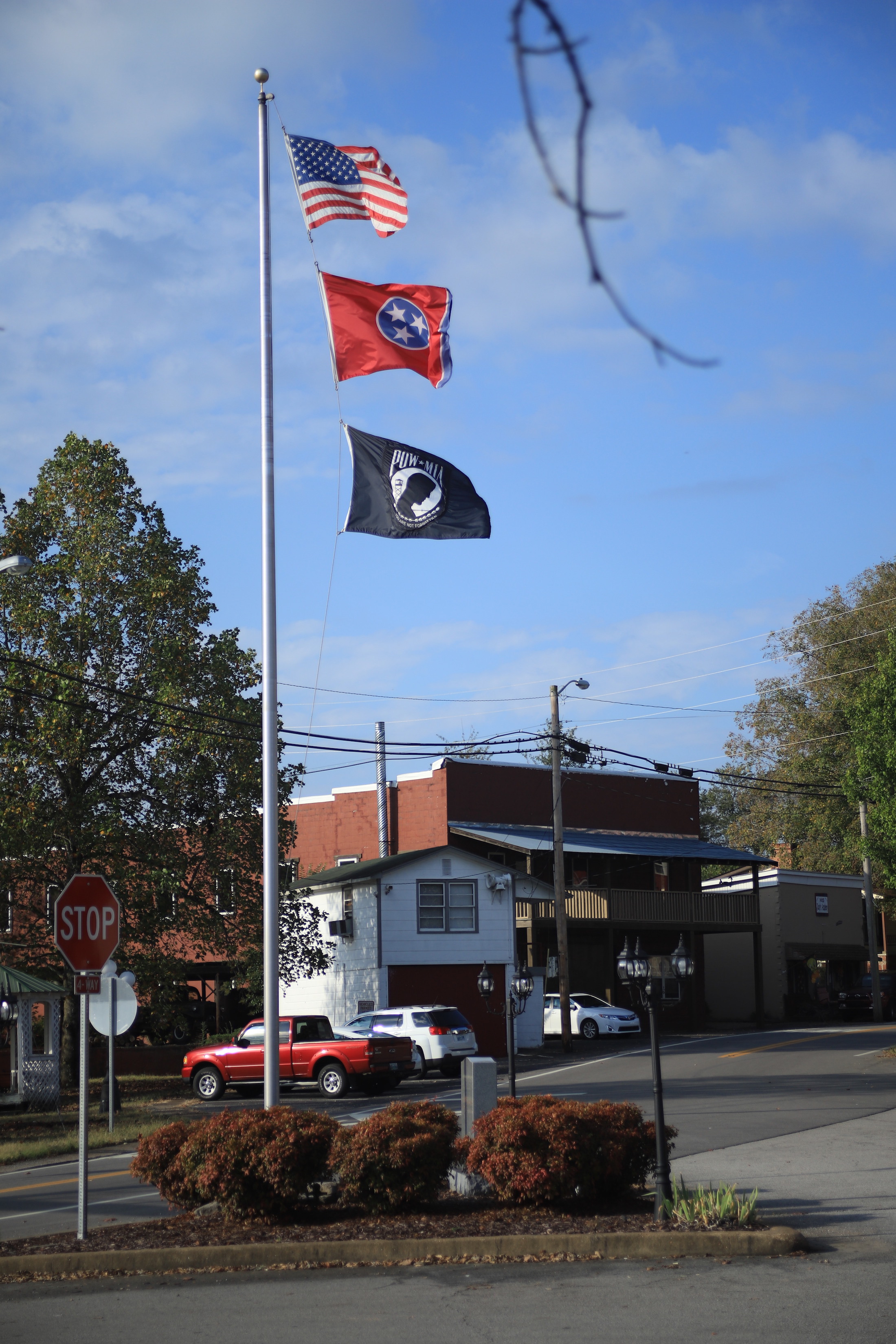 As for quality, goods are constructed only with top grain leather. Most of the hides are from cattle with special lines for American buffalo and alligator. There are never any seconds. If an item doesn’t pass rigorous inspection, it does not see the light of day.

“There’s a reason for that,” says Littleton. “If you sell a second and someone else sees it, it can damage the brand.”

CUSTOMERS FROM ALL WALKS OF LIFE

Col. Littleton has established quite a following with customers in all 50 states and 31 countries. It’s not unusual for fans that visit Nashville to make a side journey to Lynnville.

Recently a man from Hong Kong spent an entire day browsing through the stores while another from Philadelphia was giddy with delight when crossing paths with Littleton next door at the Lynnville Fried Pie Company. After spotting his SUV with personalized “COLONEL” license plate, drivers throughout Middle Tennessee have pulled up alongside to peer inside just to see if it really was him. 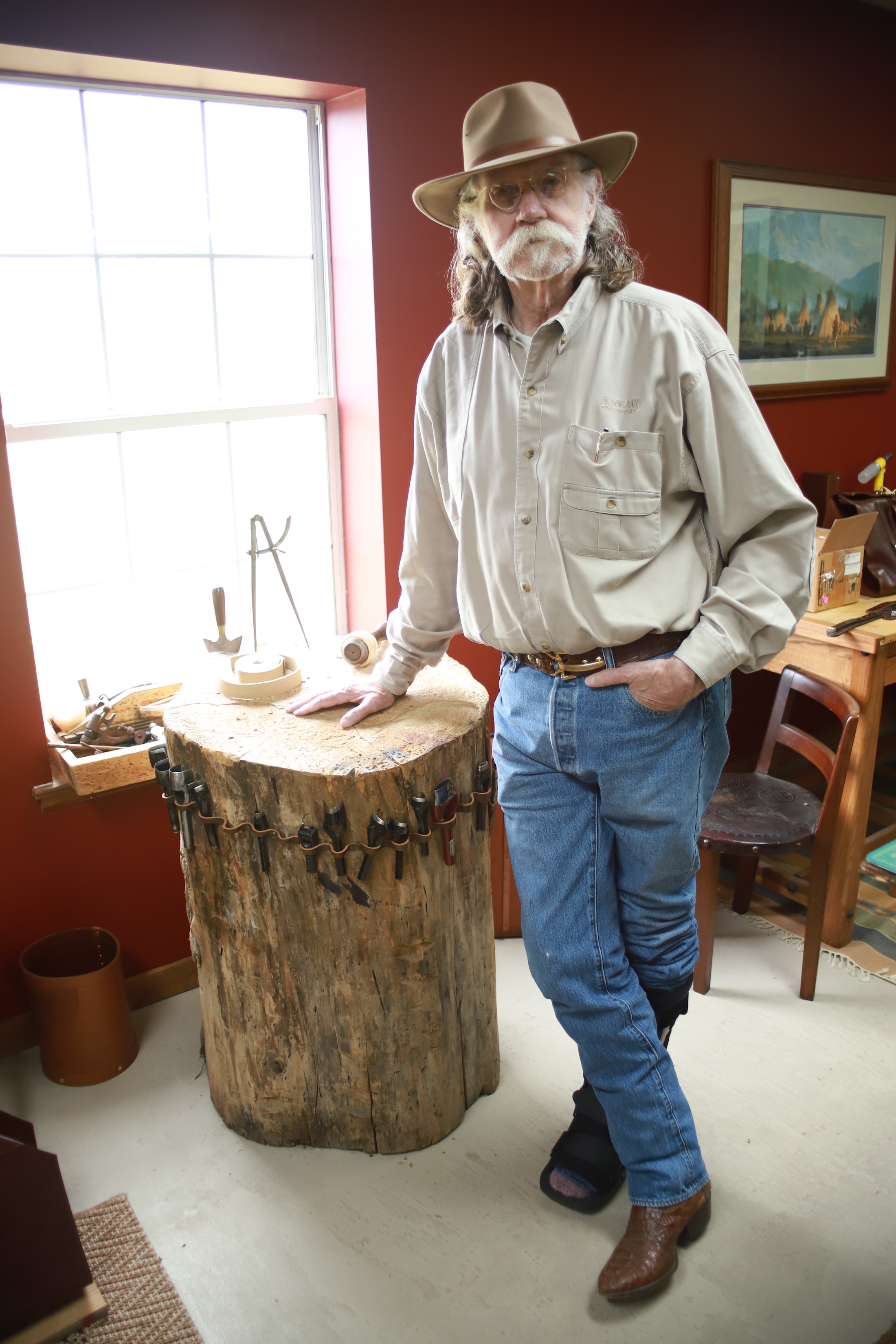 Many Fortune 500 companies have commissioned Col. Littleton to produce corporate gifts and the company has produced gifts for the administrations of Presidents Bill Clinton, George W. Bush, Barack Obama and Donald Trump. The Trump administration has used Col. Littleton products as gifts for dignitaries and colleagues. Clinton ordered monogrammed Col. Littleton pocketknives for participants in his Arkansas Duck Hunt and Bush has been spotted with a custom saddlebag briefcase.

For years the company operated out of the third floor of an old Victorian home near downtown. Today Littleton employs 50 people, most of who work in a modern factory just outside of town where all Col. Littleton products are made by hand. The retail stores and corporate offices are housed in a collection of five 1860’s historic buildings on Mill Street that have been fully restored (Littleton never embraced the idea of leasing space in an industrial park). The company moved into the buildings as they came online between 2007-2011. 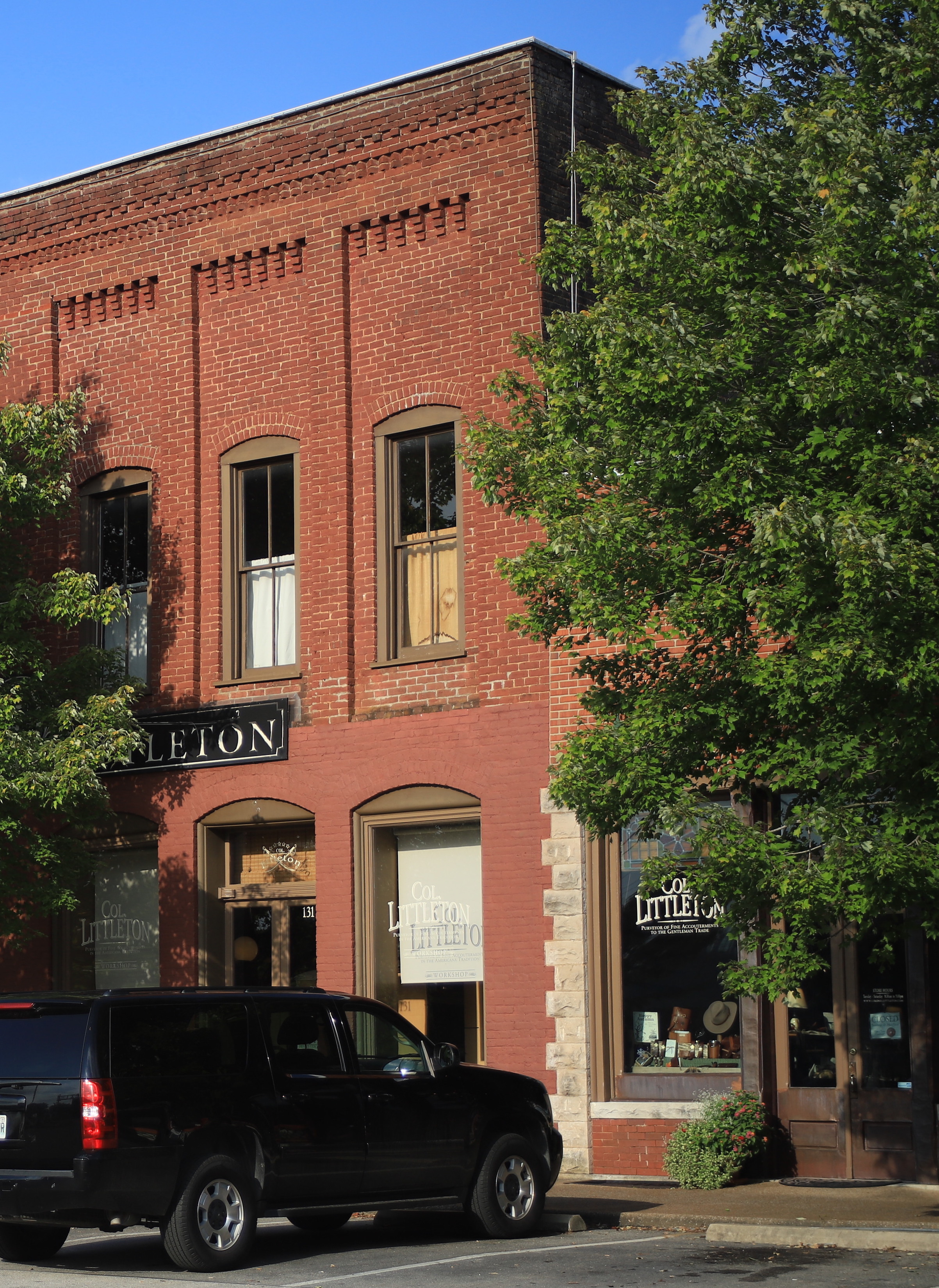 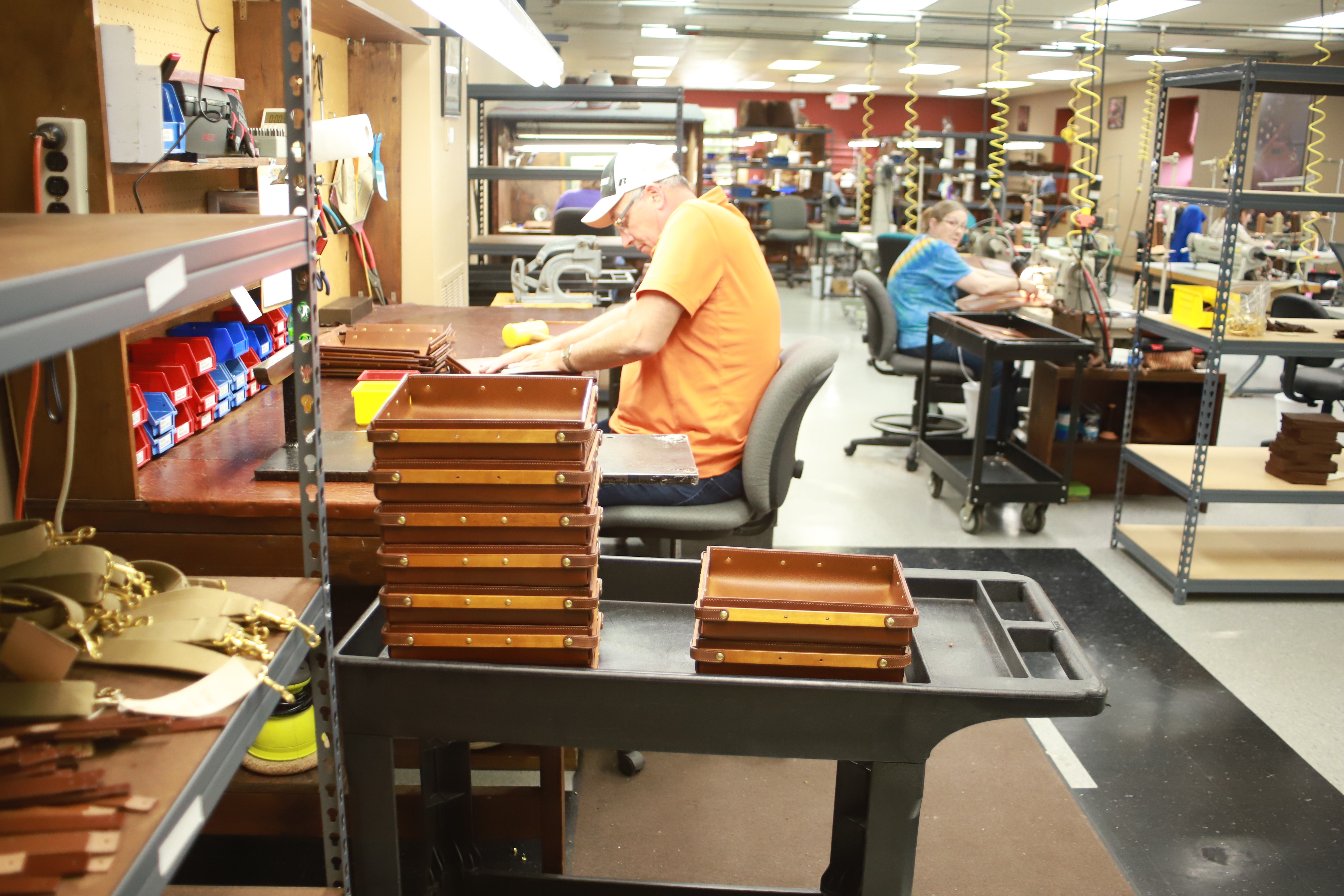 Littleton also maintains a personal office on the sprawling grounds of his Lynnville home in a fully restored one-room tavern that once was used by Andrew Jackson as he was recruiting soldiers for the War of 1812. 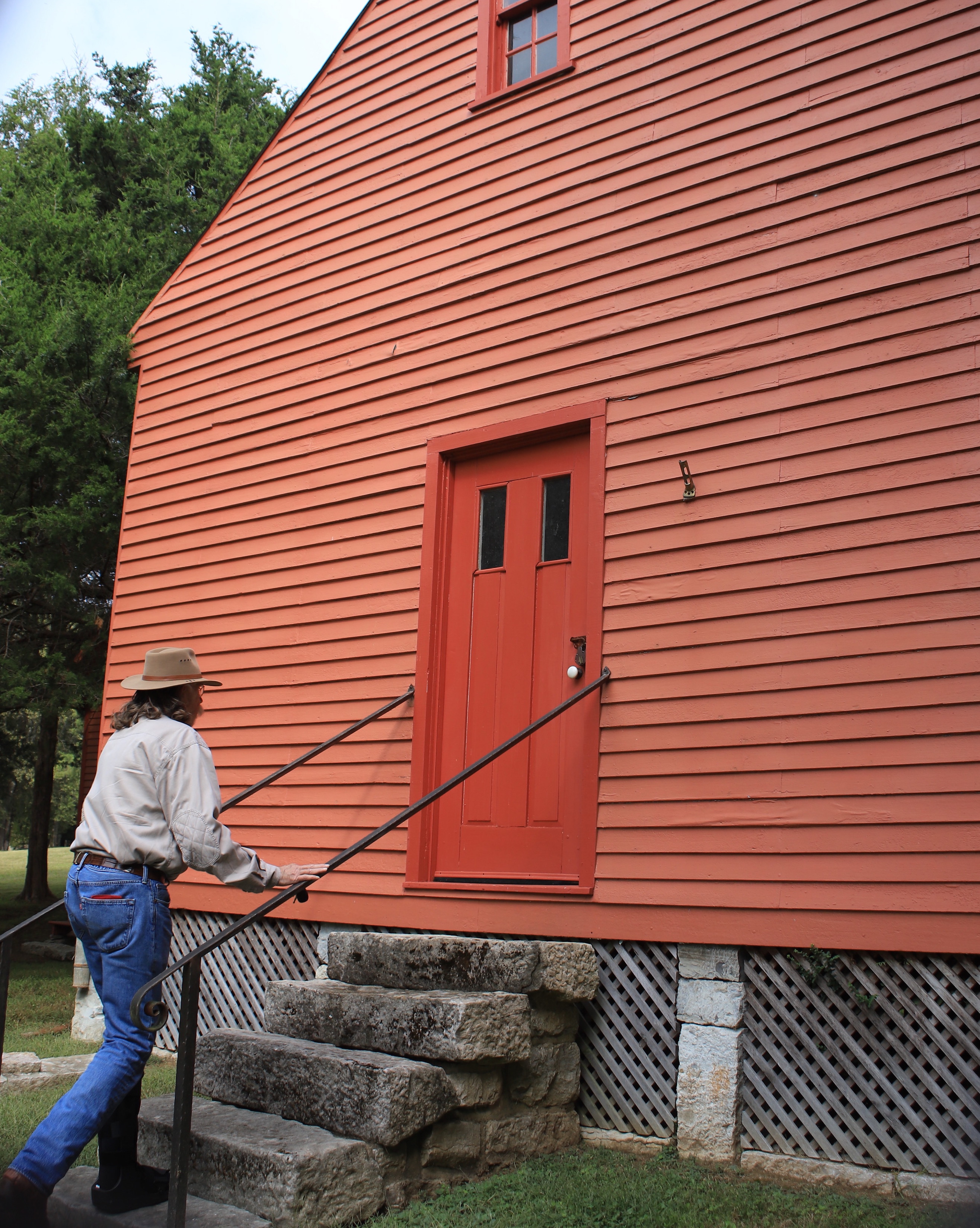 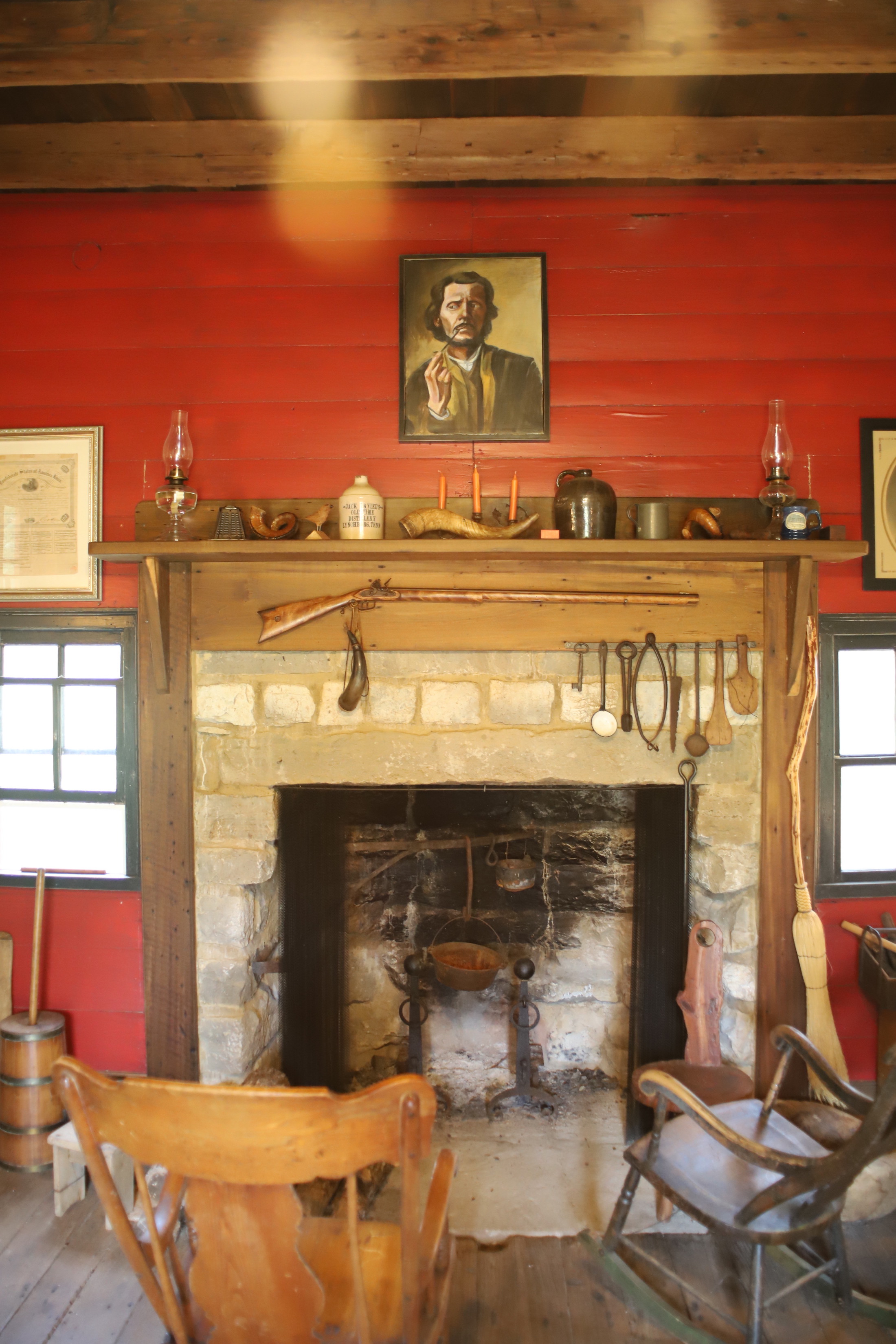 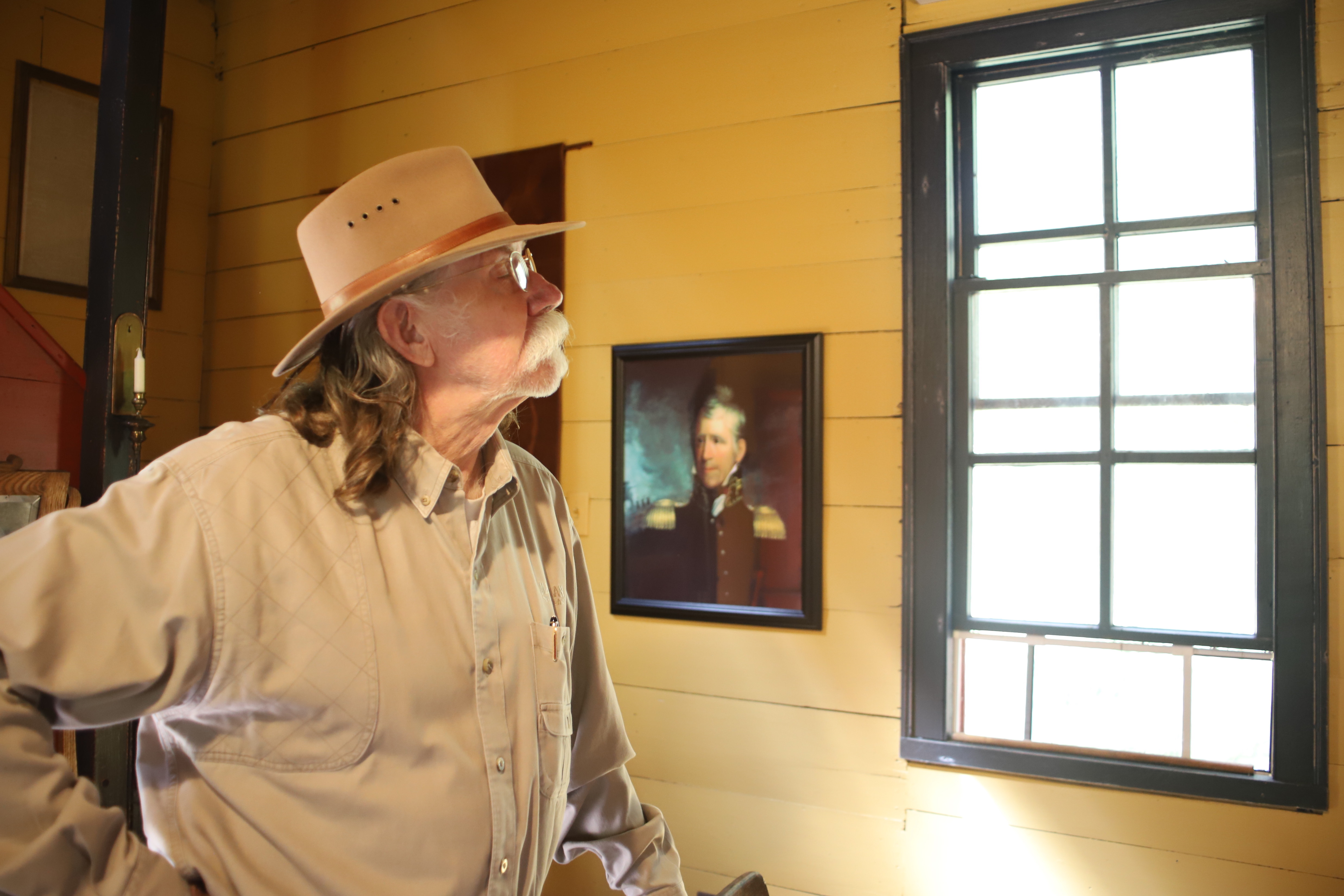 WHAT’S IN IT FOR ME?

Col. Littleton makes travel bags, executive bags, belts and suspenders, portfolios, wallets, and even cases and covers for your iPad or Yeti. While price points tend to be in the upper reaches of their respective categories (the most expensive item appearing in the 2020 catalog, the No. 5 Grip carrying bag, sells for $1,560.00) there are dozens of items that sell for less than $100.00.

As with most heirlooms, these are not just random goods. Just about every Col. Littleton product has a backstory. Most are inspired by the military or commercial transportation that predated air travel. The stories are chronicled in the catalog, which is quality piece of work itself. 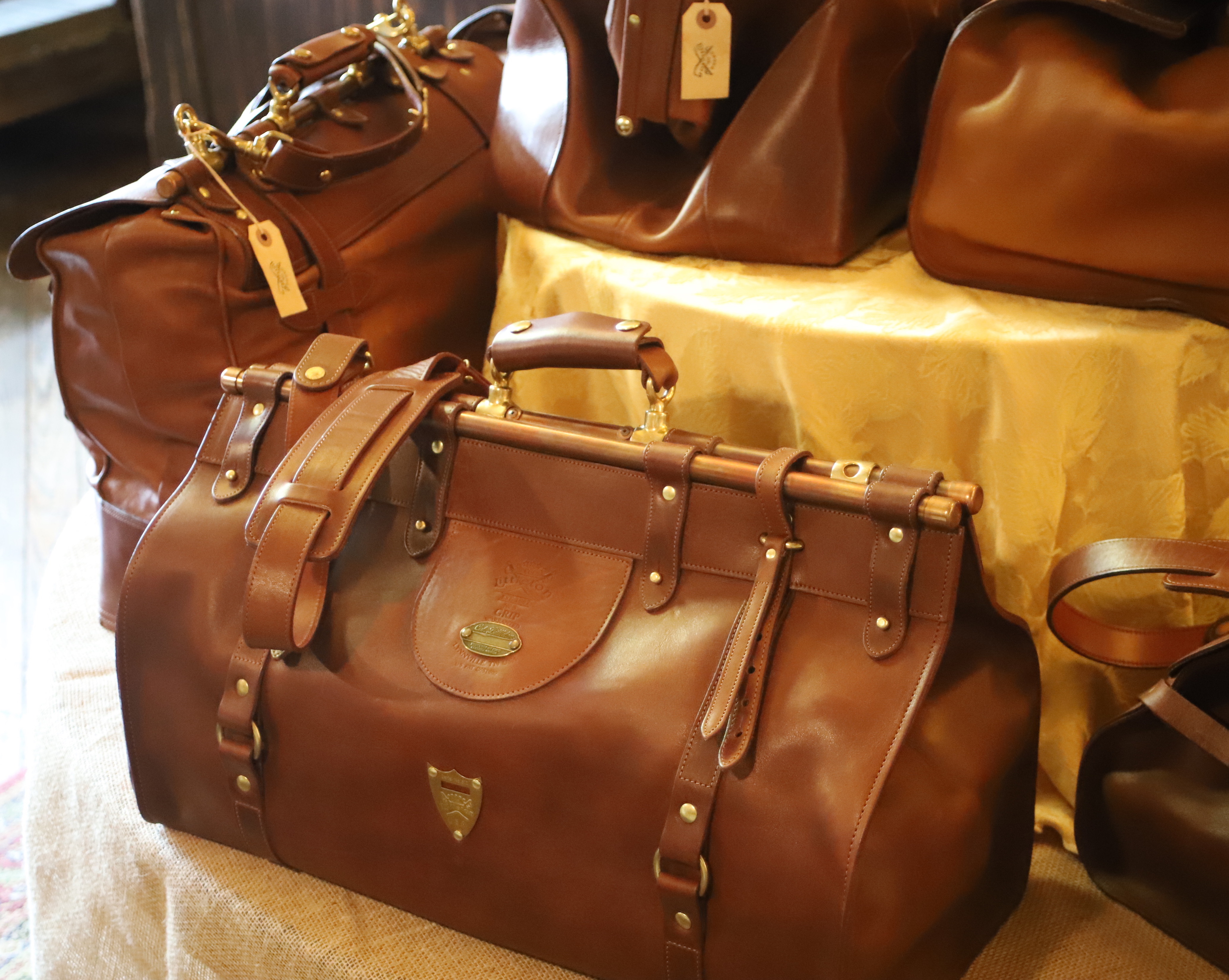 Col. Littleton, The Great American Leather Company is located in Lynnville and is an easy drive from Nashville. Take I-65 South to Exit 27 and turn right onto Lynnville Highway/TN 129. From there it’s about 7 ½ miles of a picturesque drive through iconic Middle Tennessee countryside before you get to Mill Street.

In addition to Col. Littleton, the block includes Lynnville Fried Pies, Soda Pop Junction, various municipal buildings and the Lynnville Railroad Museum. All are housed in historic buildings. Don’t miss the collection of vintage Coca-Cola machines that line the sidewalk. 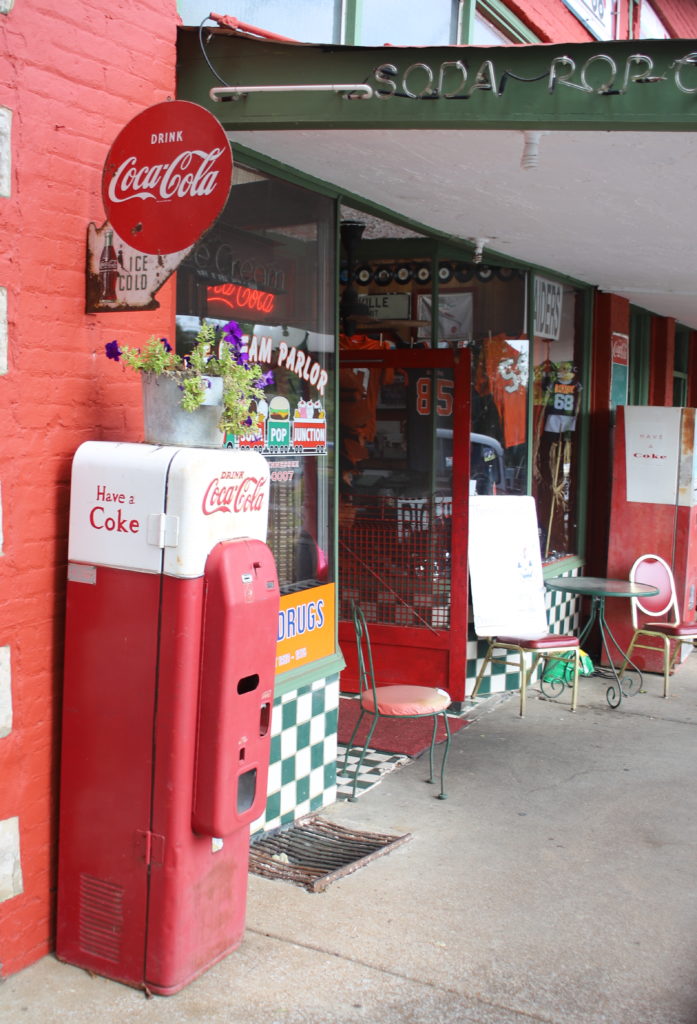 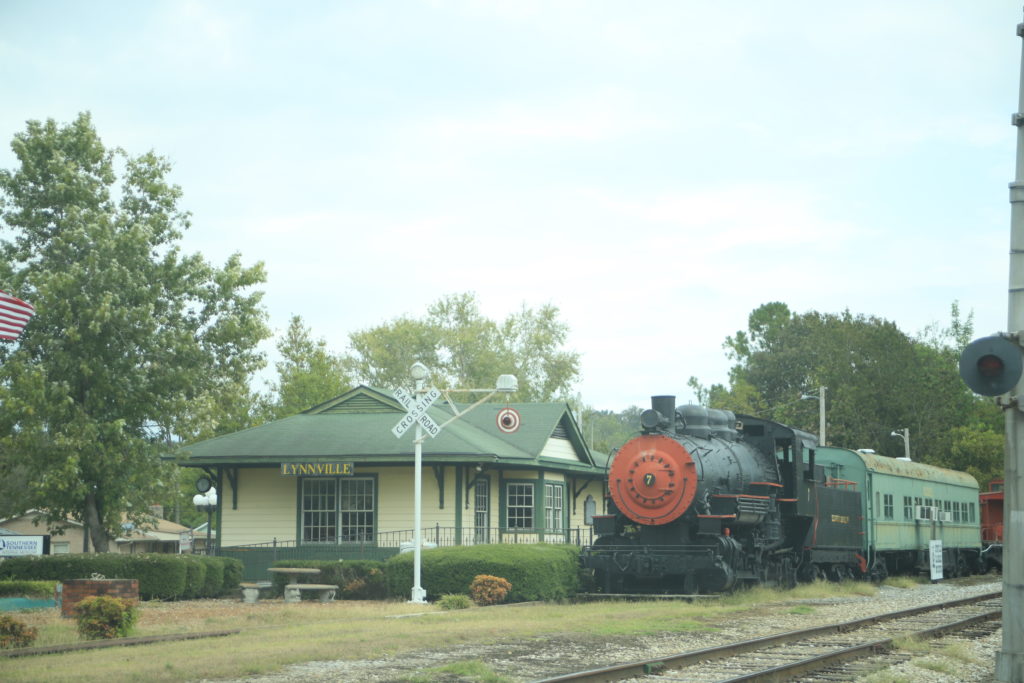