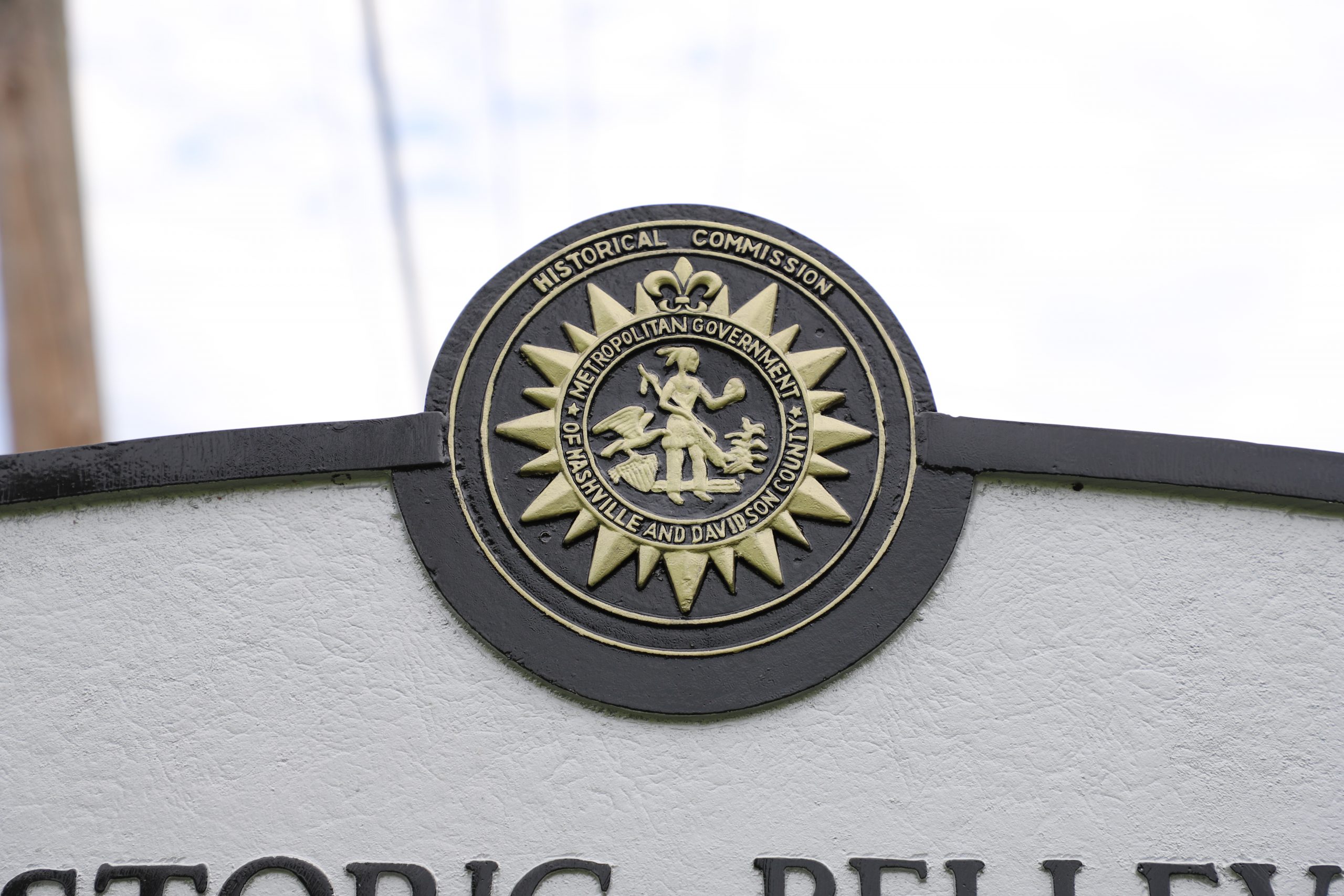 Take a drive throughout Davidson County and you’re certain to see a collection of seemingly randomly placed signs along the roadways and thoroughfares. 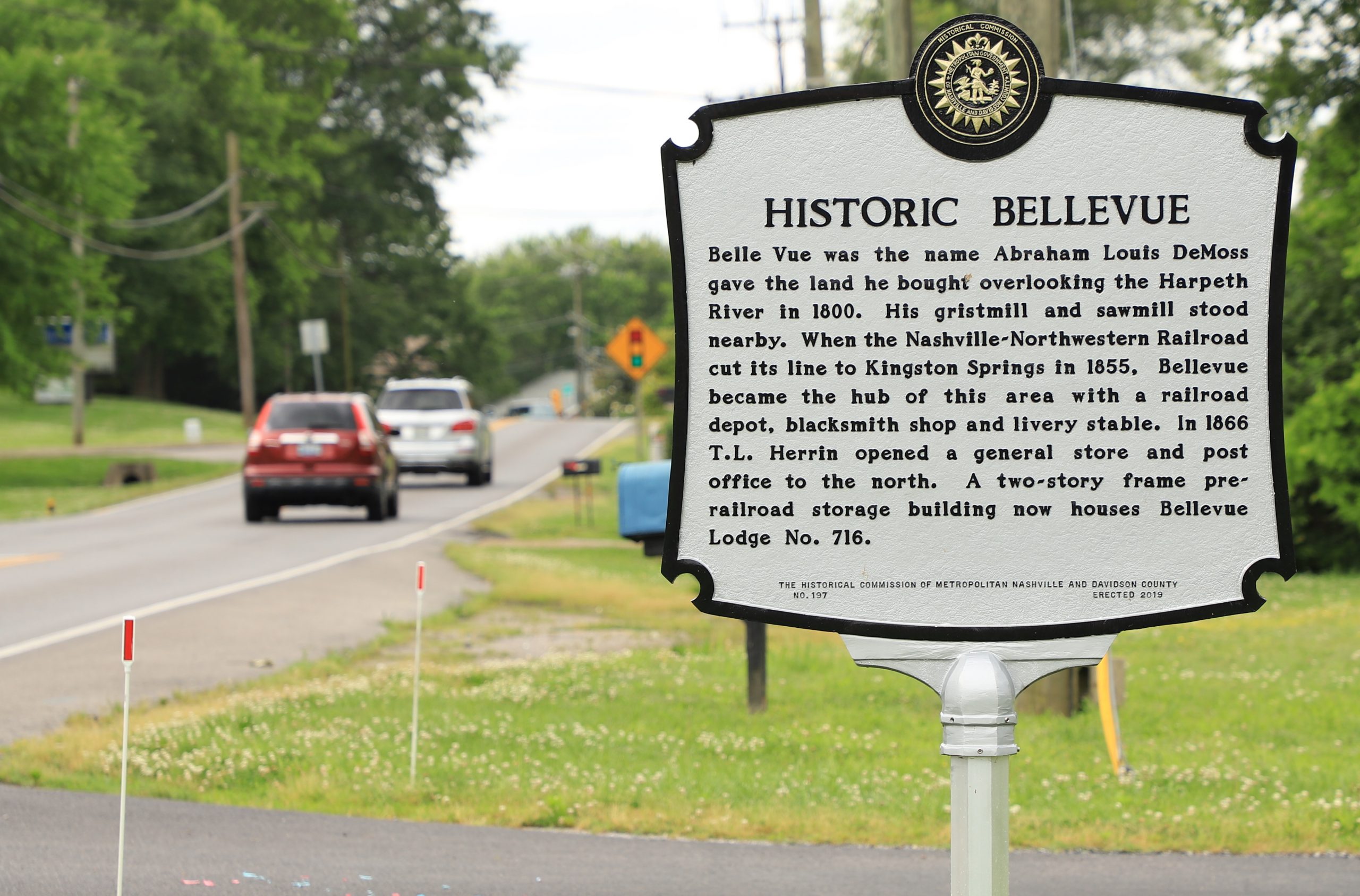 While most of the signs are concentrated in the urban core, are at least eight such markers are located within the Bellevue footprint, mostly along Highway 100, Highway 70 and Old Harding Pike. You’ve probably seen some but have read very few, if any. In the coming weeks, CurrentVue will present all of them and some of the stories that led to them

Located at 7420 Old Harding Pike across from Bellevue Station shopping plaza, the “Historic Bellevue” monument is one of the more recent additions to the historical marker collection. It’s placement is adjacent to the railroad line that jumpstarted the village’s growth in 1855. 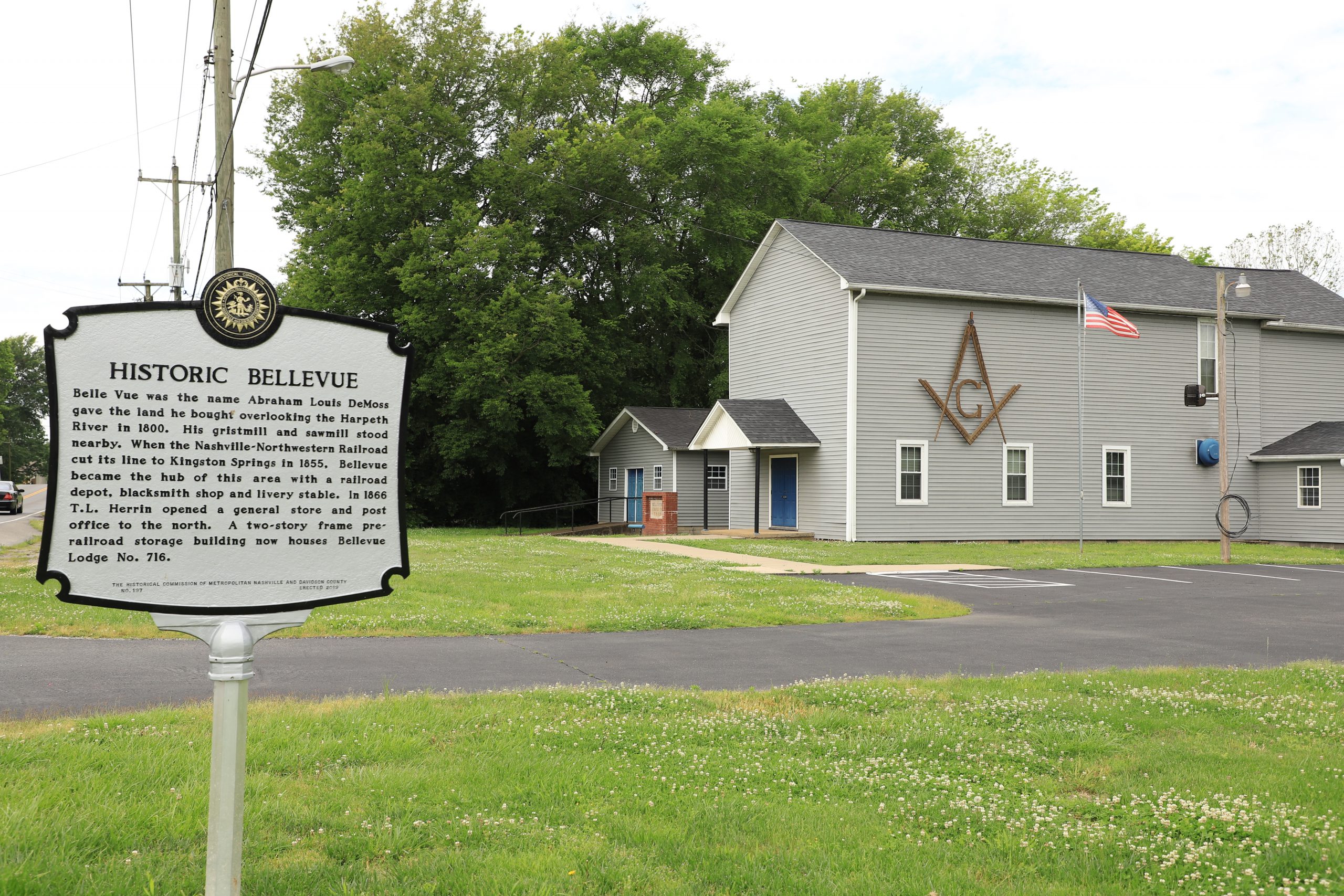 Perhaps more interesting than the sign itself is the building at the address. The two-story, wood frame structure, which dates back to the 1860s, was used as a Christian church upstairs and as a granary downstairs. In 1923 it became home to a masonic lodge, Belleview Lodge No. 716, and, yes, that spelling is correct. Its members continue to support the community today with various philanthropic endeavors. 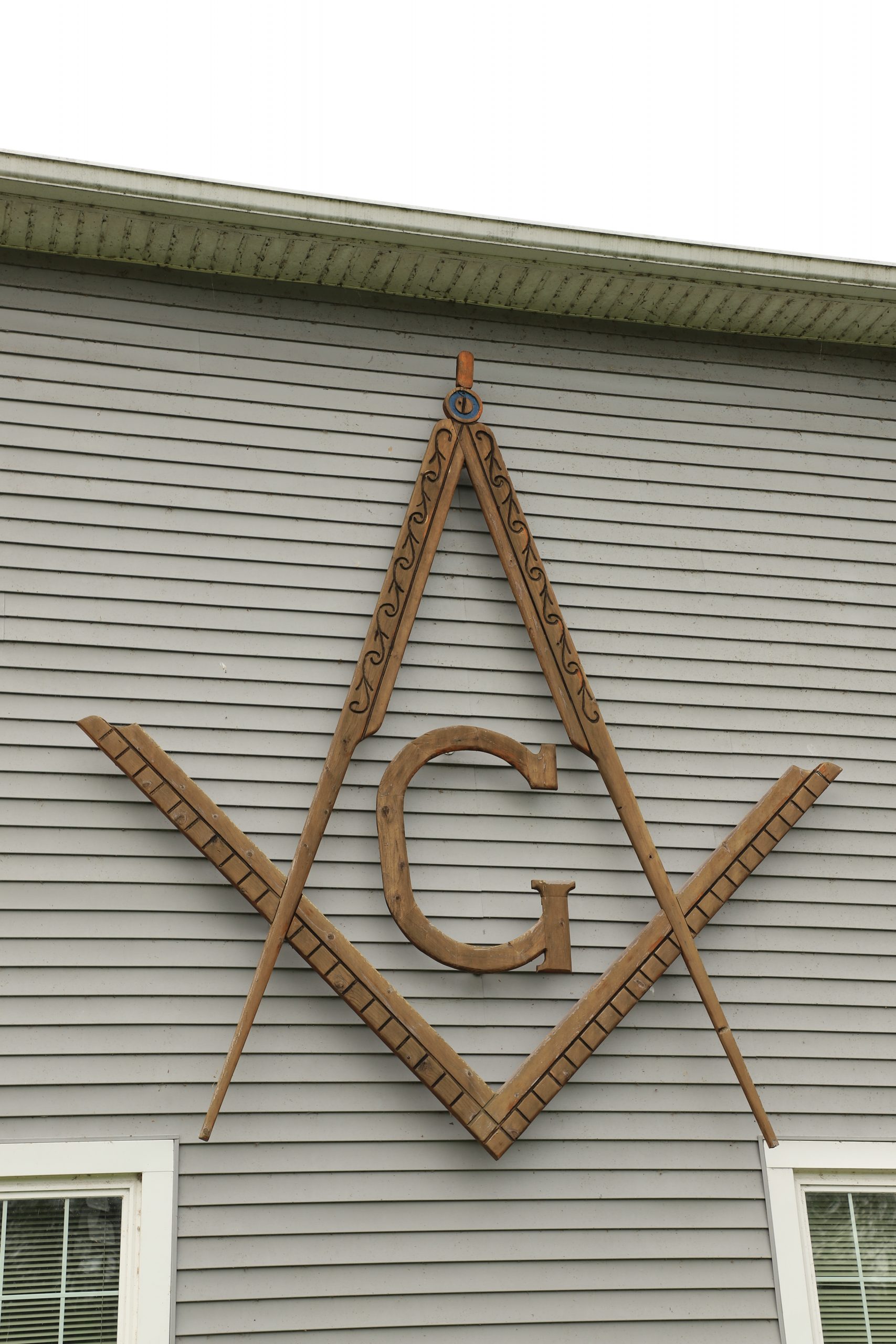 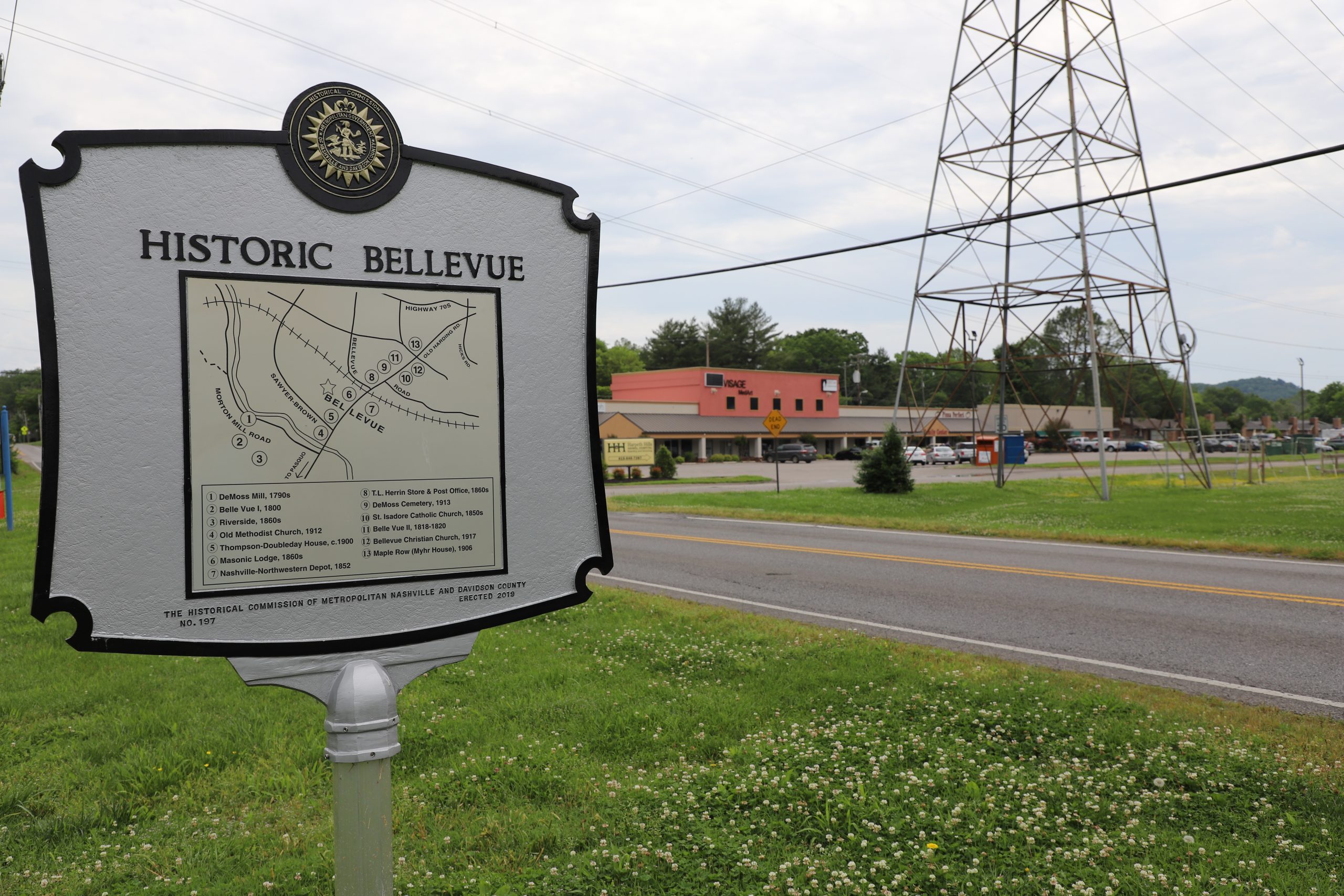 About the Historical Marker Program

The Metropolitan Historical Commission of Nashville and Davidson County established the Historical Marker Program in 1967 to commemorate significant people, places and events in Nashville history. The first marker, “Heaton’s Station,” was erected at Lock One Road in 1968.

Story and Photos by Ed Atlas