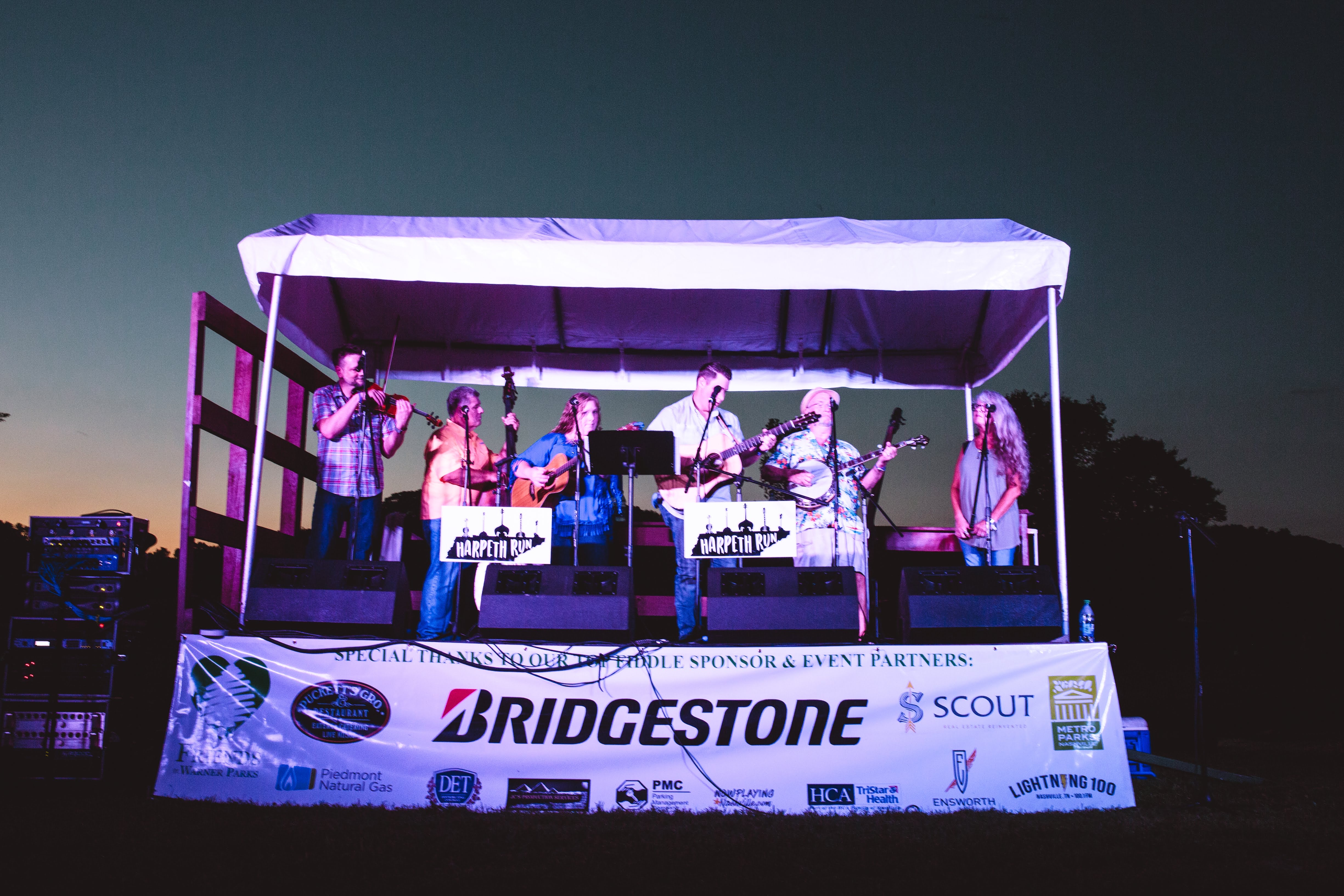 The Full Moon Pickin’ Party in Bellevue is a Music City tradition unlike any other.

When music lovers from around the world come to Nashville, their “To Do” list typically includes usual haunts like Lower Broad, The Ryman and The Opry.

And if you’re a resident, go ahead; admit it. You’ve probably enjoyed an outing or two at one or more of these venues as well.

But where do you go when you’re in the mood for something that’s far from the neon and nearer the soul?

When the moon is full and the weather is mild, you go where the music is live, the beer is cold, the food is plentiful and the setting is picturesque. You go to the Full Moon Pickin’ Party (FMPP) at Warner Park.

Now in it’s 14th year, the FMPP is a seasonal bluegrass music series that serves as a fundraiser for Friends of Warner Park. This year the six events (held on the Friday closest to the full moon between May and October) will generate about $180,000 for trail maintenance and environmental educational programs. The next Pickin’ Party is this Friday, June 21.

“It’s a joy-filled event; laid back and family friendly,” says Amy Albright, the event manager for Friends of Warner Park. “The Nashville community seems to love it and appreciate it. Everyone is happy and wanting to have a good time.”

It’s not unusual for up to 2,000 people to be in attendance but the expanse of the venue, located at the Warner Park Equestrian Center on Old Hickory Boulevard in Bellevue, allows patrons to make what they want of the experience. So if it’s a family picnic or a girls night out, a relaxing evening or an intense musical foray, the FMPP will fit nicely into your weekend plans. 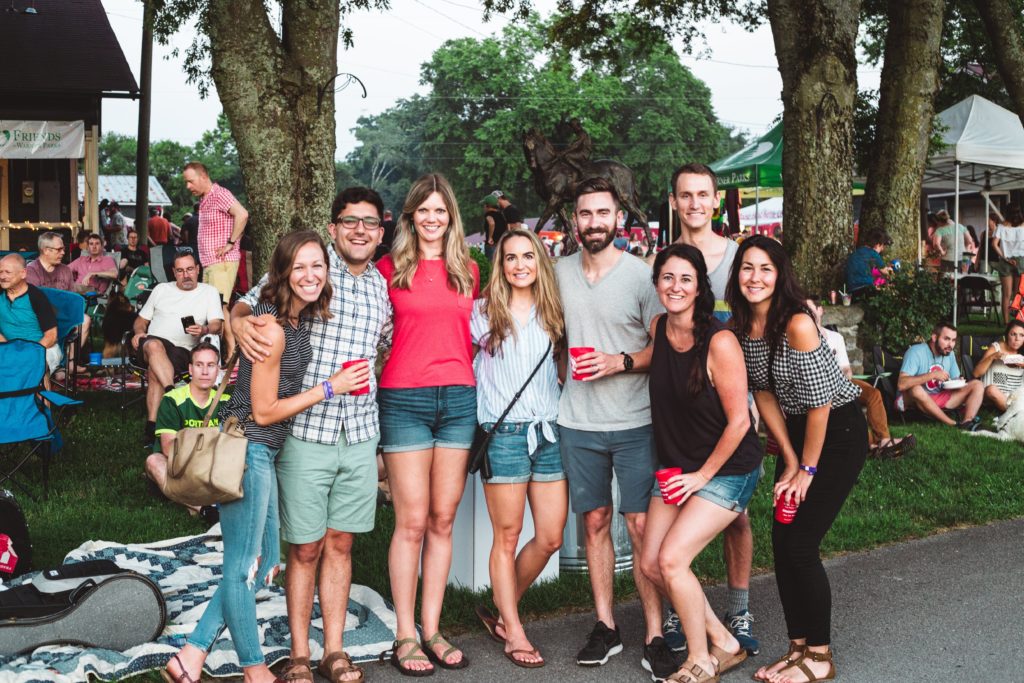 In fact, it’s the social aspect of the bluegrass genre that sets the FMPP apart from performances in Music City’s arenas, honkytonks and neighborhood taverns. 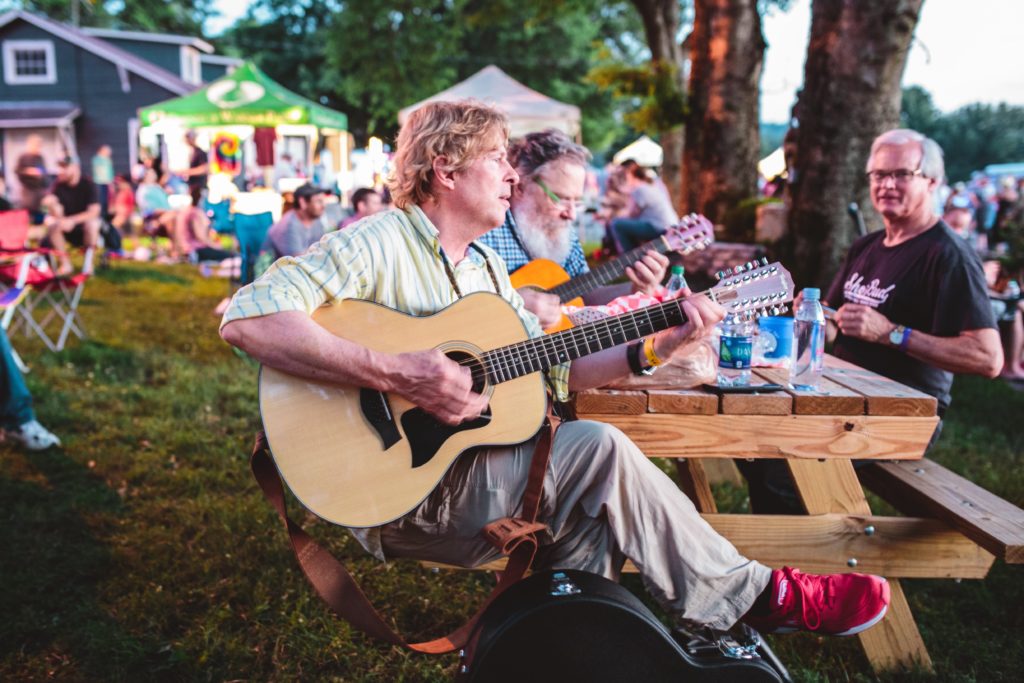 Yes, you can gather near the stage and immerse yourself in the music of the evening’s headliners. But the real charm of the FMPP is the bevy of ‘picking circles’ that crop-up organically throughout the venue. Patrons are encouraged to bring their instruments (acoustic guitars, banjos, mandolins, fiddles, etc.) and a special “Picker Price” is available for those that do.

“We’ve been playing the Full Moon Pickin’ Party at least once or twice a year since we’ve been together,” says Robbie Morris, whose band, Grasstime, will be on the main stage this Friday. “This is Music City but there’s not another event in town like it. 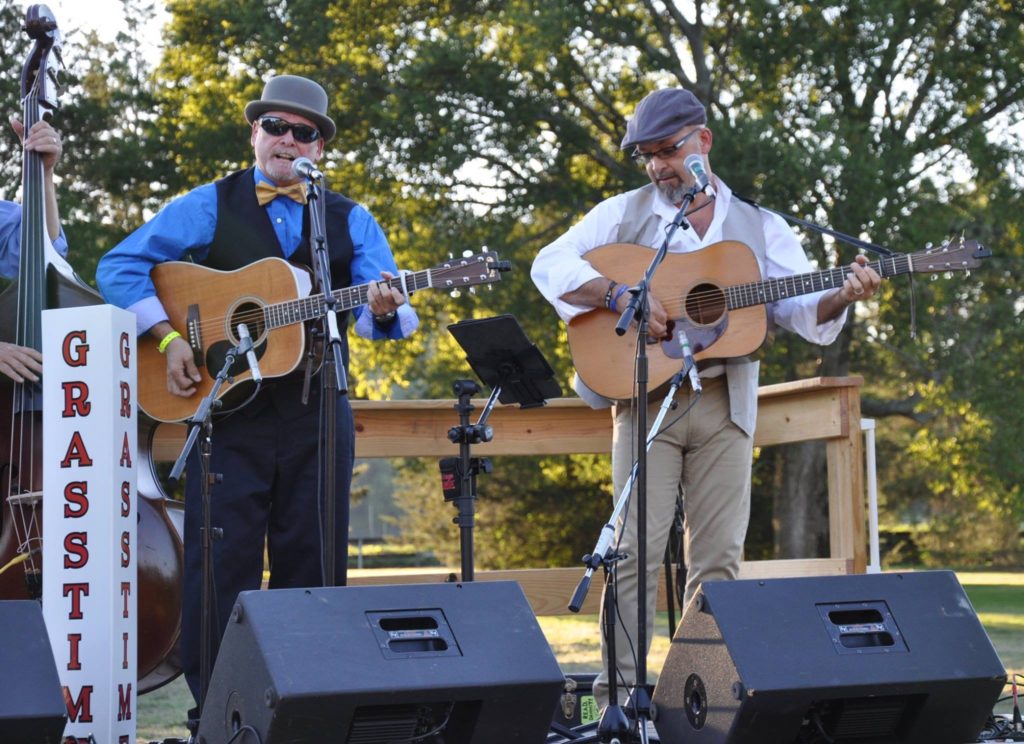 “Bluegrass isn’t the same as rock, blues or country,” he says. “The instruments don’t require power so you end up with 20 or more jamming circles of all ages, skills and genres. You bounce around, assimilate into a circle … it’s just a wonderful, wonderful good time.” 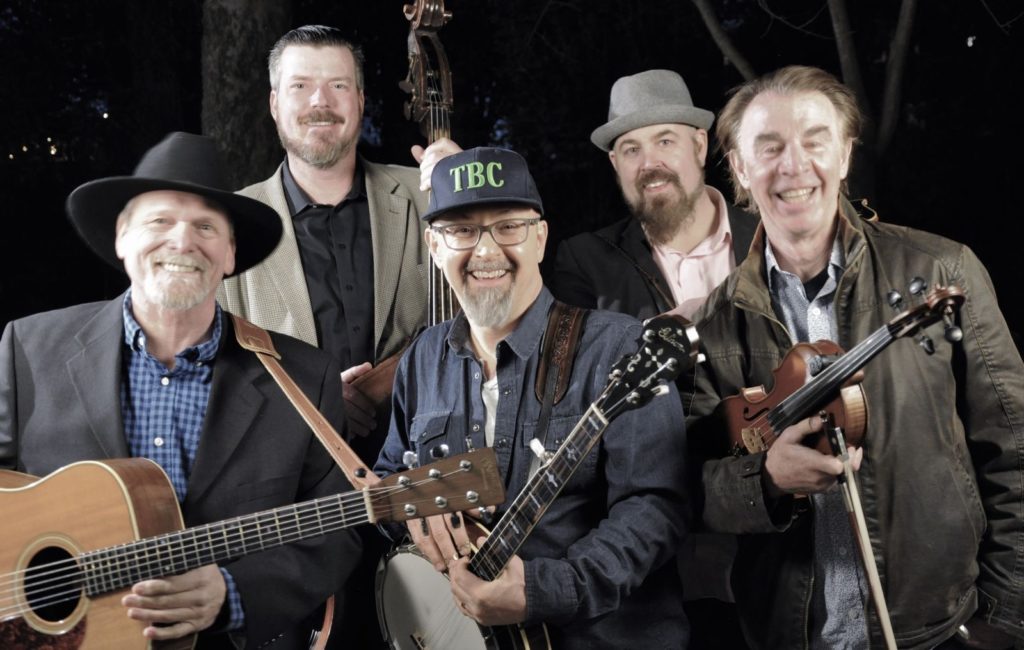 While bluegrass does not have a high-profile commercial stature, it’s had a profound influence on country music and elements can even be found meandering through rock and jazz. Morris sees himself and Grasstime as ambassadors of the genre.

“No doubt what we do is keep that spirit alive,” he says. “On Friday night you’ll see seasoned musicians who have been playing bluegrass most of their lives. Then there will be younger musicians who don’t know Bill Monroe or Earl Scruggs or Lester Flatt.”

But eventually the younger players will play contemporary songs in a bluegrass style and that’s when, according to Morris, things get interesting.

“You’ll hear electric songs played on acoustic instruments and they’re passing that same vibe of the jam along, just with different music,” he says. “And it is a wonderful feeling to extend this genre to new generations.”

And there’s no better venue for it than the Full Moon Pickin’ Party.