Not Long For This World

One of Nashville’s leading music retailers, and a longstanding fixture in the Bellevue community, is going out of business.

World Music Nashville (WMN) has been an anchor tenant in the Valley Plaza shopping center for two decades but the store will close when its lease expires at the end of this month. WMN closed its music education school and has been open for appointments only since December.

According to WMN representative Hank Bachara, the store’s demise can be classified as a COVID-19 casualty.

“The last year has been difficult for all retailers but it’s been especially hard on music retailers,” says Bachara. 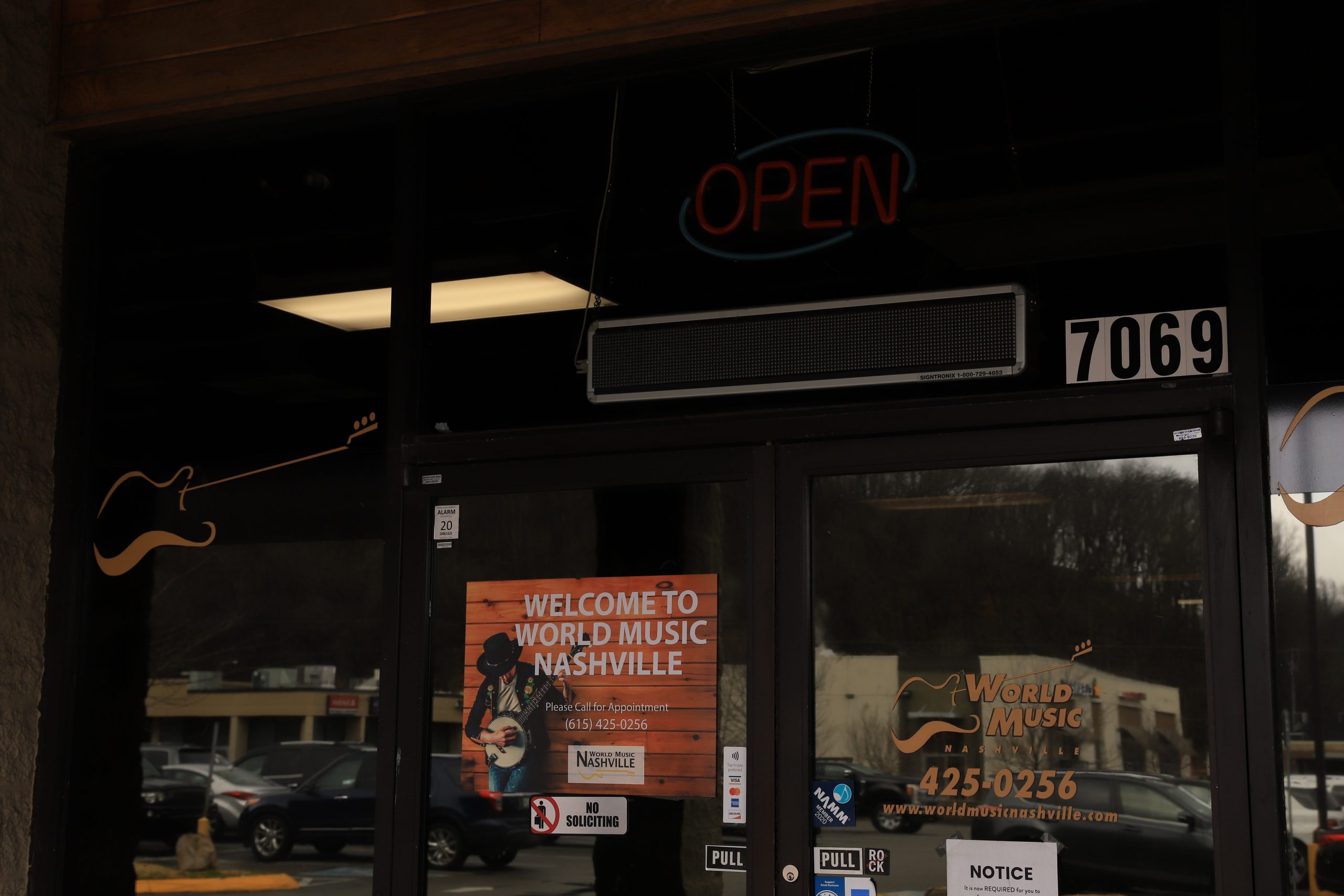 WMN joins two of its Valley Plaza neighbors, Hook’s Seafood Kitchen and Dao’s Asian Bistro, that have closed due to the pandemic.

In its heyday, WMN was bustling with a retail space that catered to everyone from beginners to seasoned professionals and touring musicians. The growth of its music education program enabled the store to expand into a dedicated space with private classrooms and a performance venue. Acclaimed artists performed on the World Music stage but the annual student talent drew overflow crowds that spilled onto the sidewalk and out into the parking lot.

Another option for those looking for locally owned music retailers is Kevin’s Rock And Roll Emporium at 1696 Fairview Blvd. in Fairview. Owner Kevin Murakami, who has spent 30 years as a performing musician, opened the store last year, in the midst of the pandemic. Kevin’s specializes in accessories along with new and used guitars, amplifiers and drums.

Even though these are daunting conditions for retailers, Murakami admits to being “shocked” when he heard the news of World Music’s closing.

“The community of local music stores is a funny thing,” says Murakami. “We compete but we’re all in it together, too, by catering to different markets. If your child needs an instrument to play in the school band, you go to Bandwagon. If you live in Fairview or White Bluff or Dickson and you need the basics, you can save yourself a lot of time by coming to see me. If you wanted a full service store with a neighborhood identity, World Music was the place to go. It’s hard to think of the local music scene without them in it.”