Phase One Build-Out Complete at The Hills Nashville Church 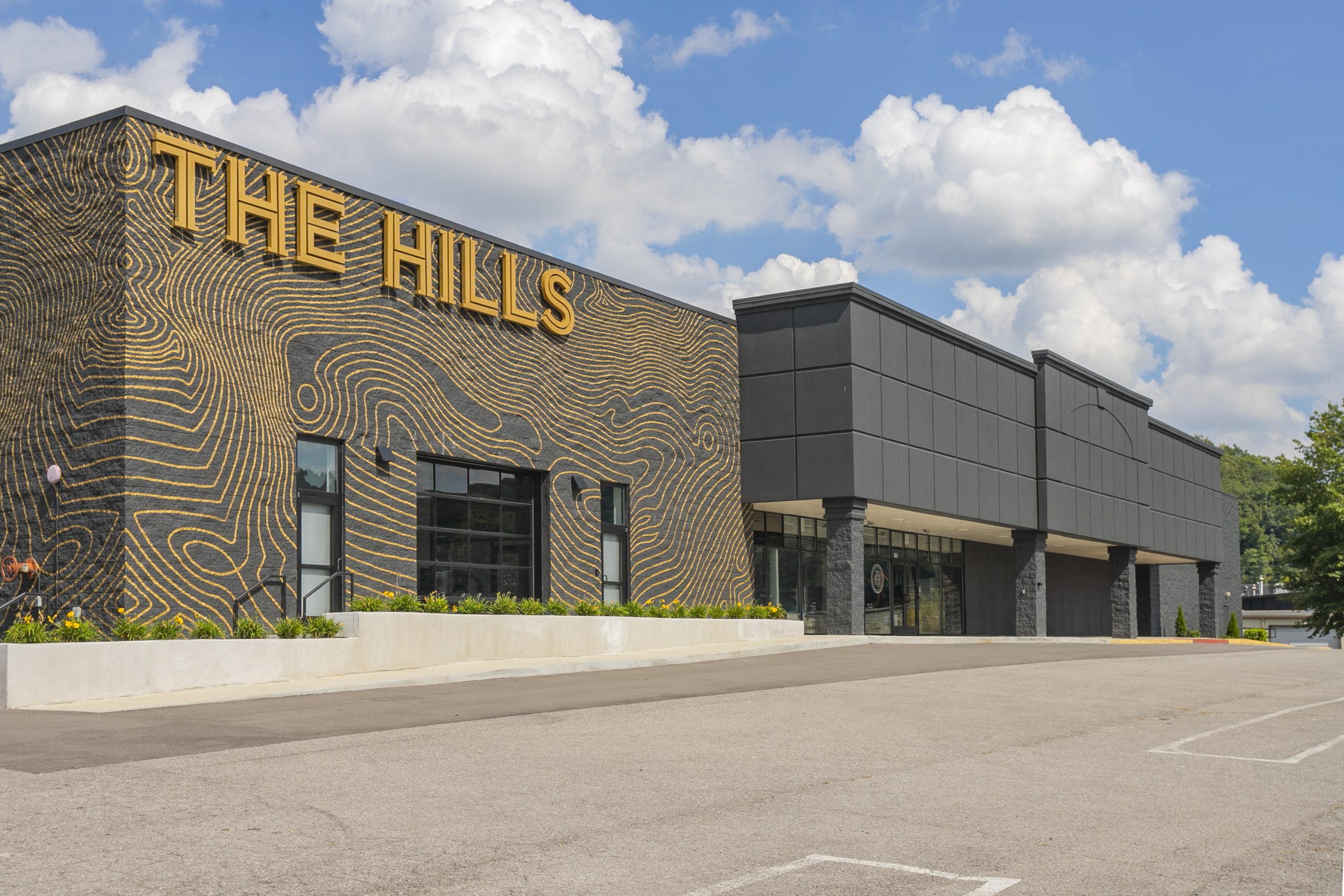 The initial build-out of The Hills Nashville, a movie theater-turned-church located at 120 Belle Forest Circle in the former Bellevue Theater, has been completed.

Phase one of the repurposed structure includes a main auditorium that seats 200 and a children’s auditorium. Phase two of the building will include a main auditorium that seats 600, a youth auditorium and recreational space, a dedicated sensory space for children with special needs, offices for church staff and an outdoors prayer space. Dowdle Construction Group, a general contractor specializing in both public and private sector commercial construction, is overseeing the project. 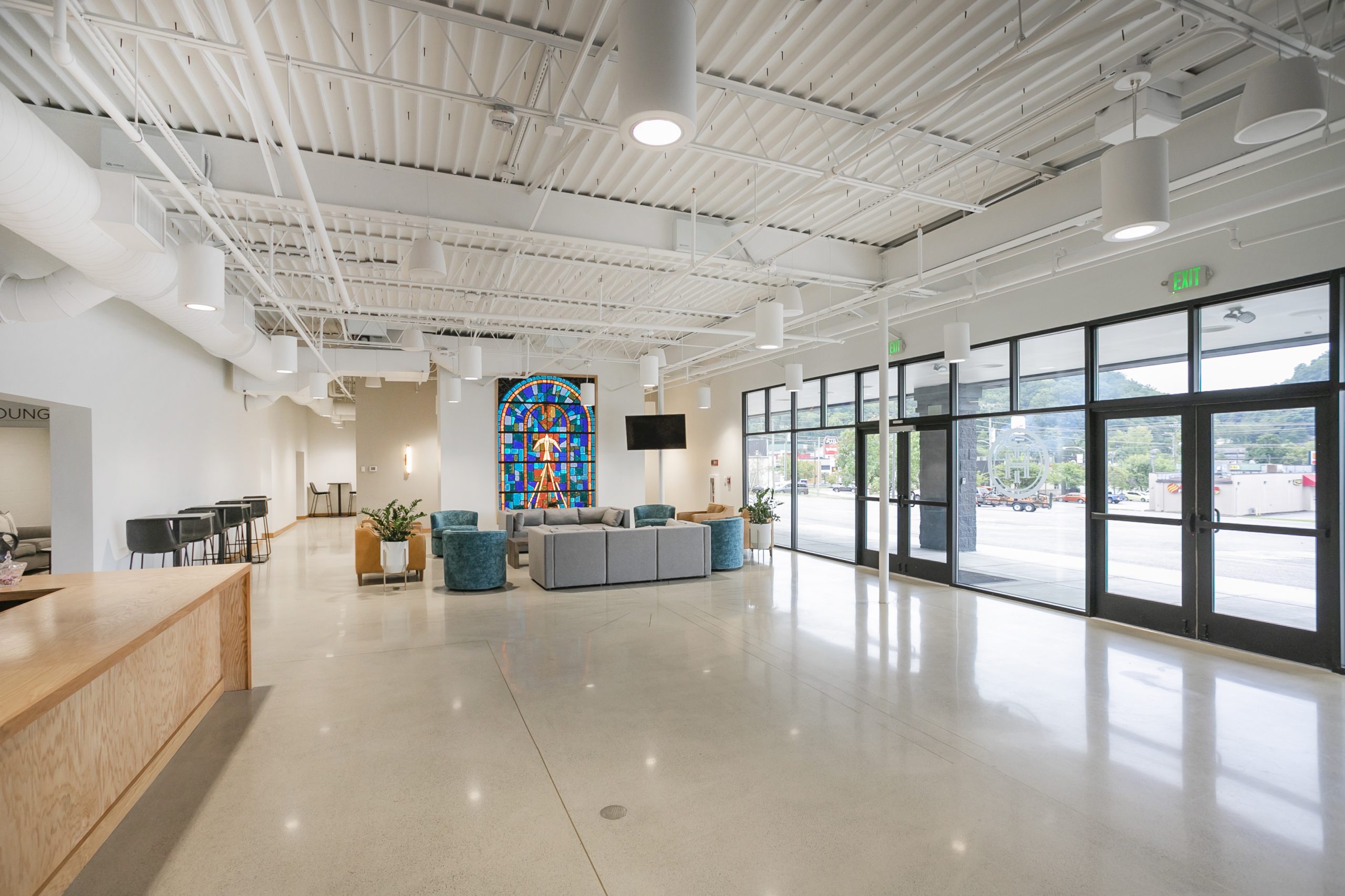 When church services and activities are not in session, the building will be used as a coworking and event space. Three One Three (as in the number of days a year church spaces typically go unused) specializes in running coworking spaces out of churches and will handle the logistics. The company’s owner, Brennon Mobley, is a member of The Hills.

“A multi-use church space was something that’s been on my wish list for years. In fact, I wrote the word “coworking” on a slip of paper long before we started this project,” said John Ragsdale, who along with his wife, Kristin, is co-pastor and founder of The Hills. “It’ll be so nice to have our space filled with people on a daily basis, whether they are there to work or worship. We are so excited to be in our new church home.” 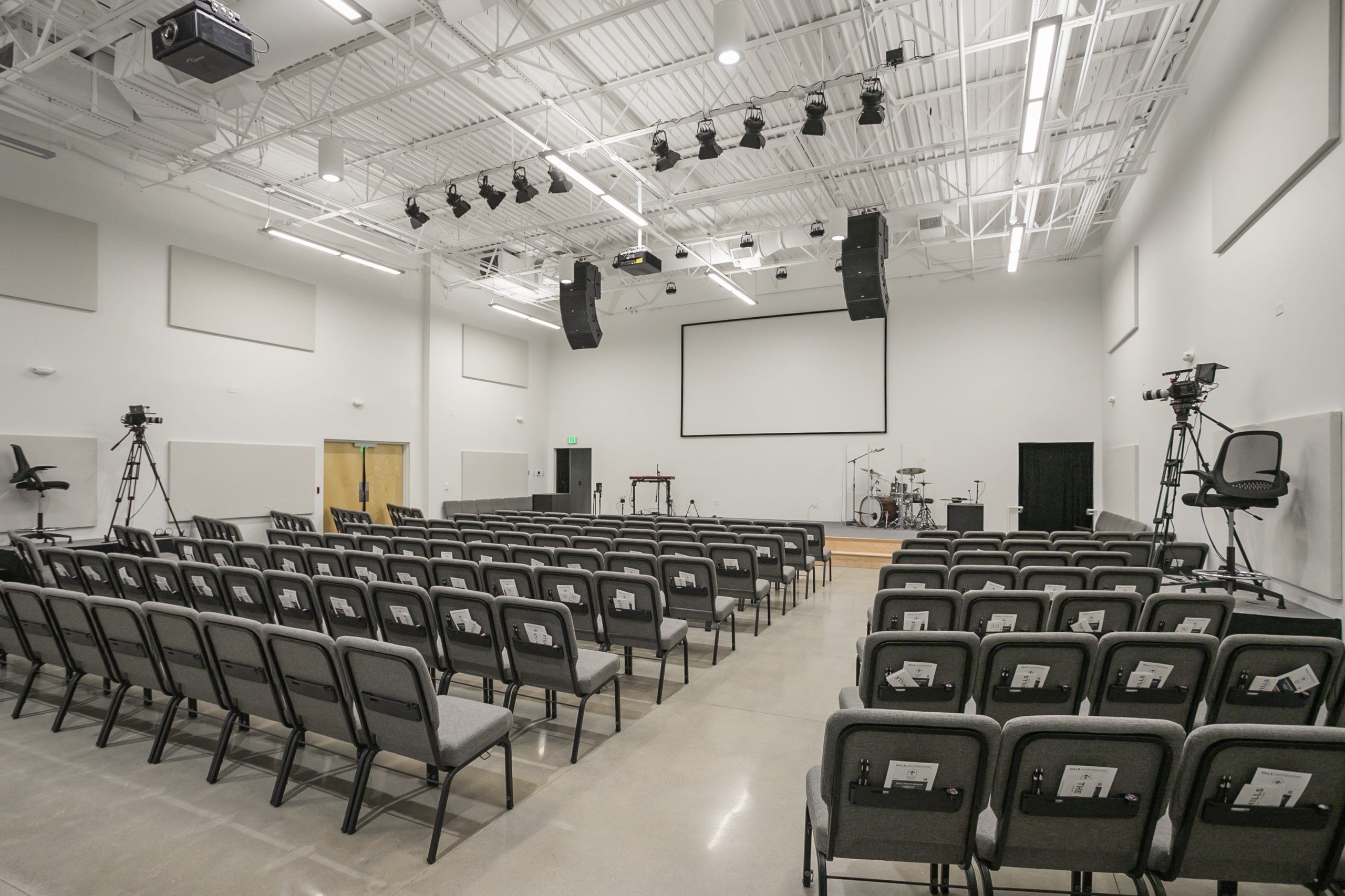 When all phases have been completed the new space will 32,000 square feet.

“Although adaptive reuse is one of our specialties, converting a movie theater into a church was certainly a unique project for us. It was great working with such dynamic, creative people as The Hills’ Pastors John and Kristin Ragsdale,” said Glynn Dowdle, president and principal at Dowdle Construction Group. “We hope that they and their congregation will be happy in this space for years to come.” 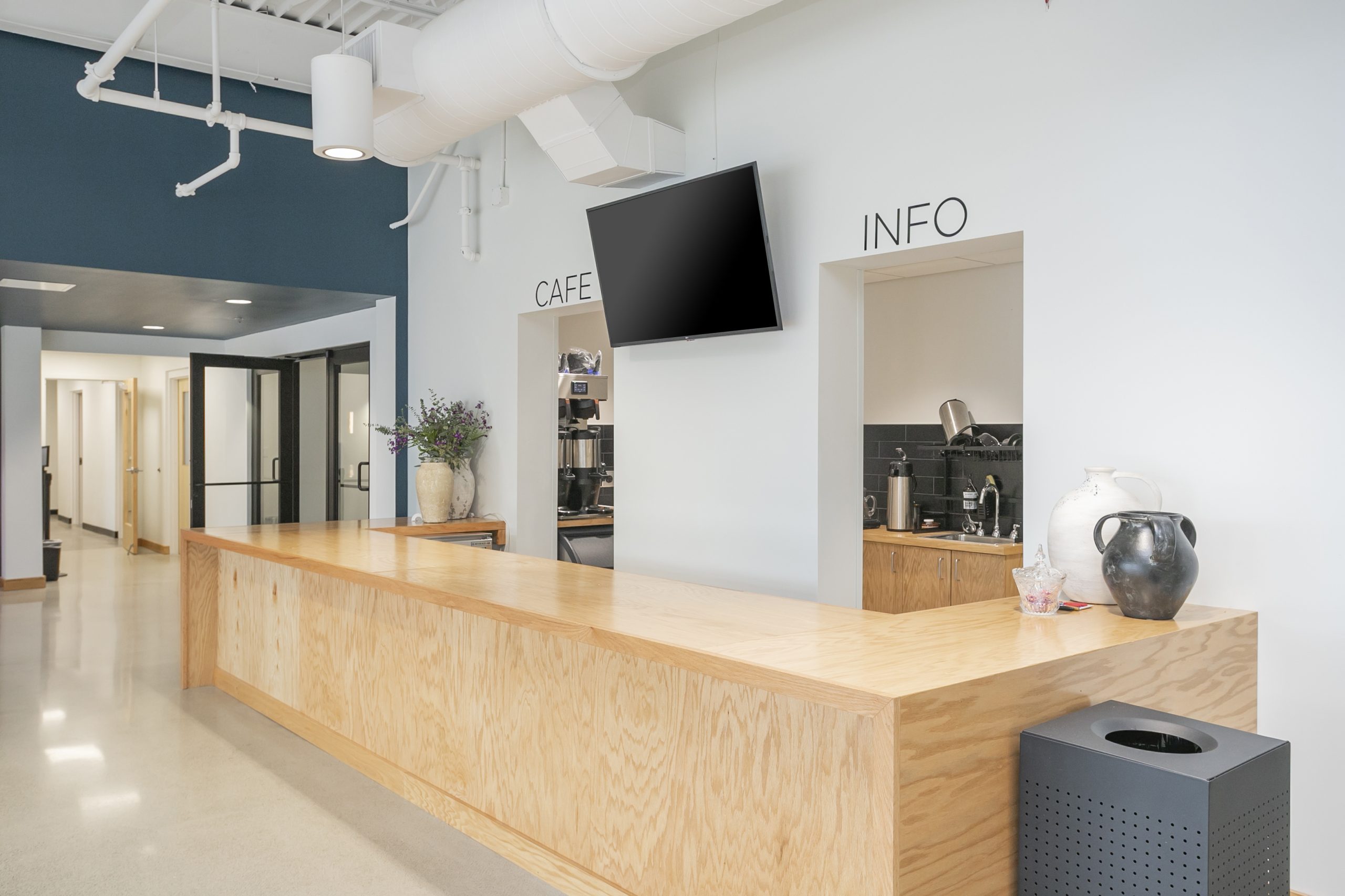 Construction on the old movie theater began in June 2020 after months of demolition.

Dryden Architecture and Design (DAAD) designed the building, which was guided by Pastor Kristin’s creative eye. It was important to her to keep some of the theater’s original facade, use the original concrete flooring and restore as much of the original structure and design as possible. The space also features a large stained-glass window saved from a previously torn-down church building. Additionally, topographical scenes from the nearby hills are incorporated throughout the building.

“When we came across the original building, it seemed like the perfect fit to create our new church space in a place that brings up fond memories for many people,” said Pastor Kristin. “Dowdle Construction Group and DAAD were such diligent partners, listening to my ideas and carrying them out to a ‘T.’ They did a great job making this a unique and welcoming space for our members and the community.” 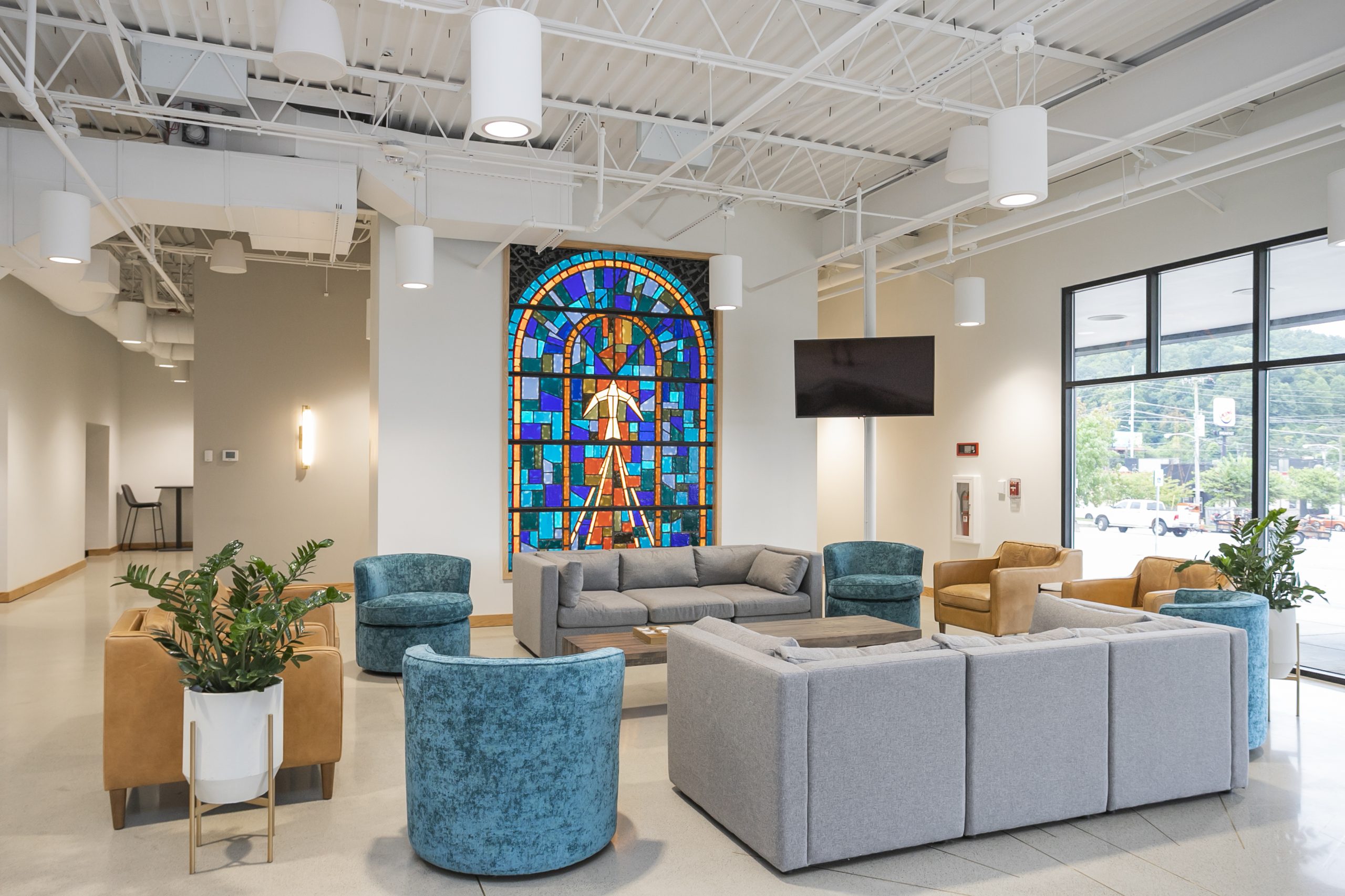 The Hills began in 2010 in the Ragsdale’s home. After steady growth, the church was officially established in 2012 and has since been functioning out of a variety of facilities on a temporary basis. The Hills held services outside the building for several months, and then moved into the building full time in February 2021. Since then, they have welcomed hundreds into the space as a church with Sunday services, community groups and a variety of community events.