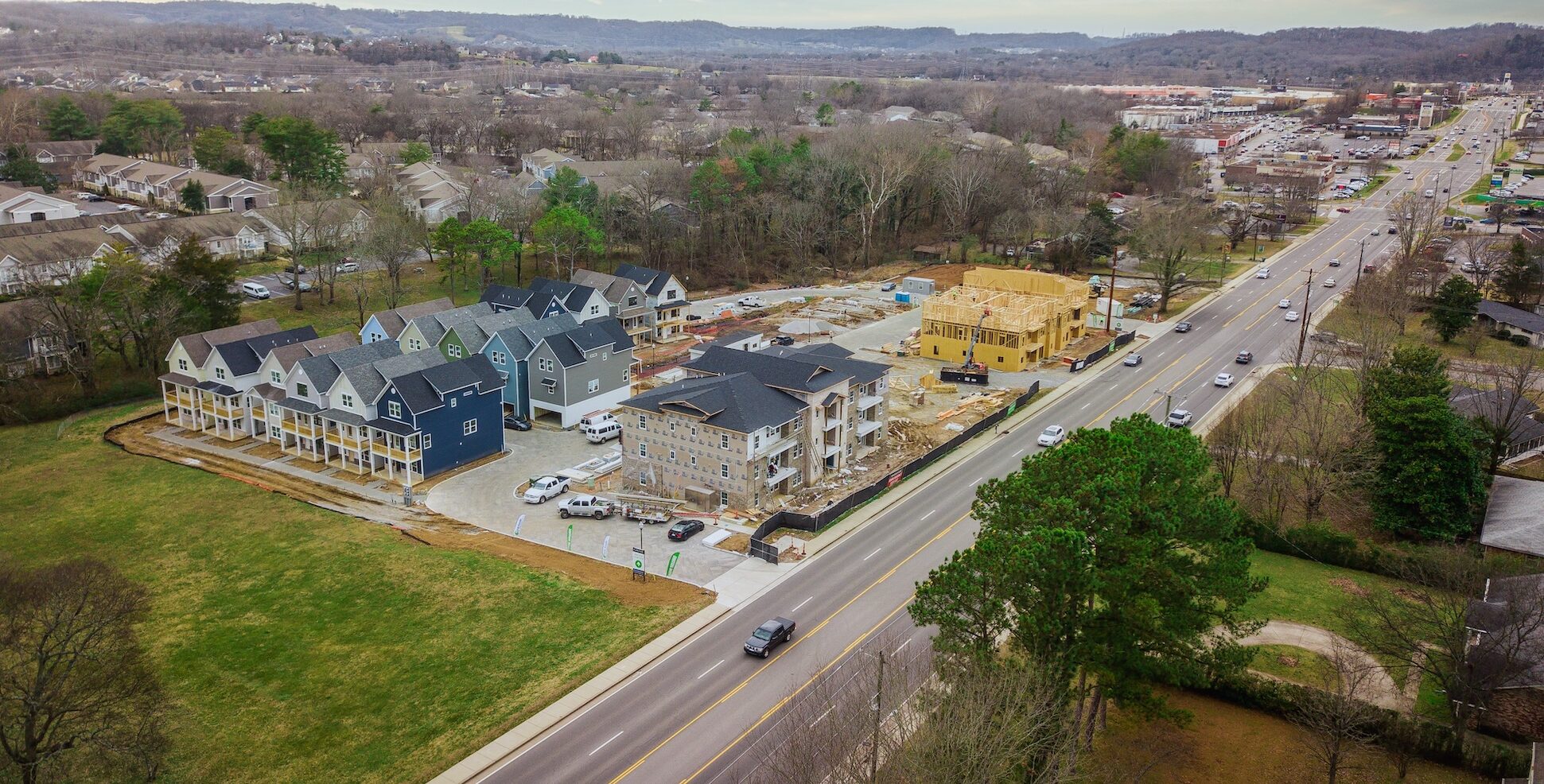 You won’t find towering cranes like those that are changing the downtown and midtown skylines, but new construction is altering the landscape around Bellevue just the same.

One of the more notable transformations is occurring along Highway 70 South, just east of Sawyer Brown Rd., where ParkVue, a residential development by Parkside Builders, is quickly taking shape.

ParkVue is indicative of a new trend in home ownership that caters to buyers who favor luxurious amenities and a neighborhood environment over large homes on lots that require significant labor and maintenance.

When complete, ParkVue will include a mix of single-family homes and condos that are a far cry from Bellevue’s iconic ranches and sprawling neighborhoods. In fact, they have more in common with newer residential construction that has emerged closer to Nashville’s urban core. 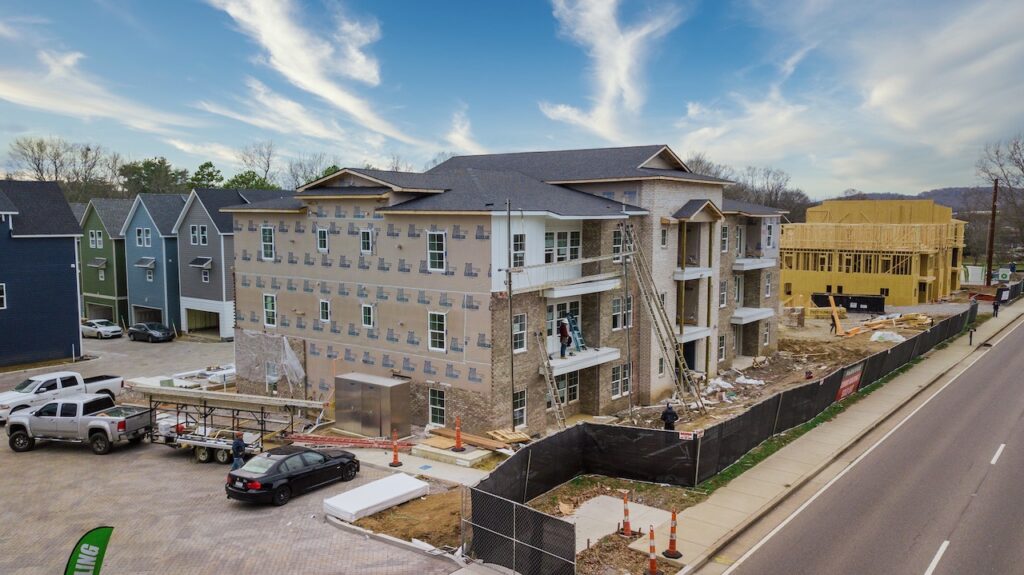 Approximately half of the 70 new homes will be ‘stacked flat condominiums.’ As the name implies, the individual units are stacked on top of each other. Each unit has a separate entrance but, unlike typical condos or townhomes, the structure itself does not have large hallways or common areas that can be expensive to build and maintain.

Stacked condos have been popular in major metro areas for some time, but they are relatively new to Nashville and this is the first such development in Bellevue’s commercial corridor.

According to Parkside’s director of sales, Tiffany Caine, the new luxury condos are selling at a brisk pace. Each unit features two bedrooms and two baths with a balcony or patio. The initial build calls for 36 condos (12 to a building) of which 19 have already been sold. The structures are three stories high with four condos per floor. There are three floor plans, each at 1,130 square feet that are priced from the $260s to $270s. 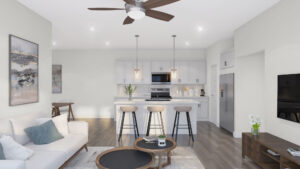 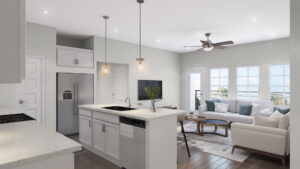 All but five of the single-family dwellings remain and those are currently on a wait list.

A sales trailer is onsite and a condo model is targeted for completion in late February or early March. For more information is available by contacting Bryce Bell at 615.988.8301 or bbell@goparkside.net, or online at GoParkside.net. 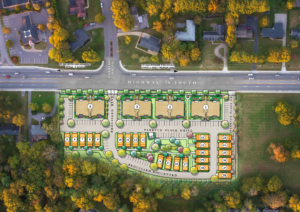