Tree Removal at One Bellevue Place 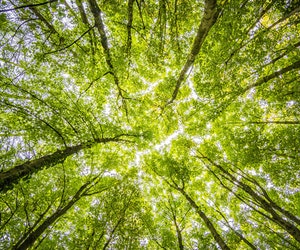 Many people were unhappy after dozens of trees were torn down in front of One Bellevue Place shopping center. The trees had been there for decades. Many residents assumed the trees were being cut down so more people would be able to see the retail establishments from Highway 70, but the reason they were chopped down and fed through a wood chipper was because those trees and their root systems were too large for the area in which they were planted.

According to News Channel 4, “Metro’s tree ordinance requires developers who cut down trees to send funds to the ‘tree bank’ before the developers are given approval. There is currently about $45,000 in that fund. This project costs the developers at One Bellevue Place almost $8,000. That money is used to plant trees elsewhere in Nashville.”

What most folks did not understand is that the  developer, Crosland Southeast,  has replaced more trees than they were required to.  In addition, Crosland has agreed to contribute to the “Tree Mitigation Bank” in an amount of approximately $7,700 and many of the trees planted as a result of  Tree Bank funds will be directed tthe Bellevue area.