Would-be theater-turned-eyesore could be nearing its final act. 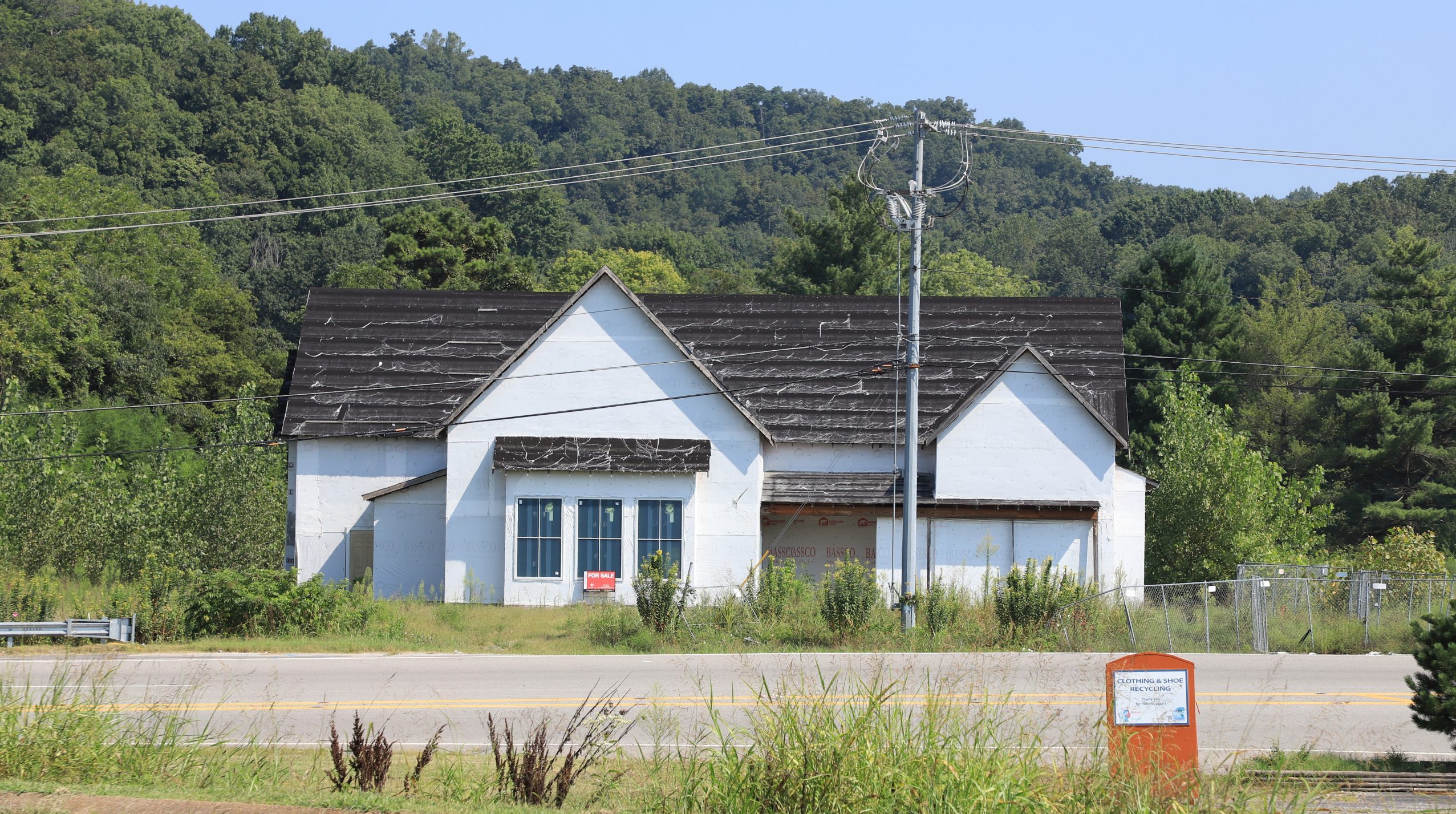 On a sunny day in September 2015, a groundbreaking ceremony was held for an intriguing structure that was billed as a combination restaurant/television studio that would serve as the home for Larry’s Country Diner, a popular variety show hosted by Larry Black and broadcast nationally over cable channel RFD.

Located in Bellevue near I-40 on Highway 70 South across from Royal Range USA, the project figured to be an endearing addition to Nashville’s cheeky dinner theater scene. Civic leaders had visions of tour buses carrying visitors from across the United States to enjoy a good meal before settling in for an evening of homespun humor and entertainment with Larry, fellow cast members and special guests. 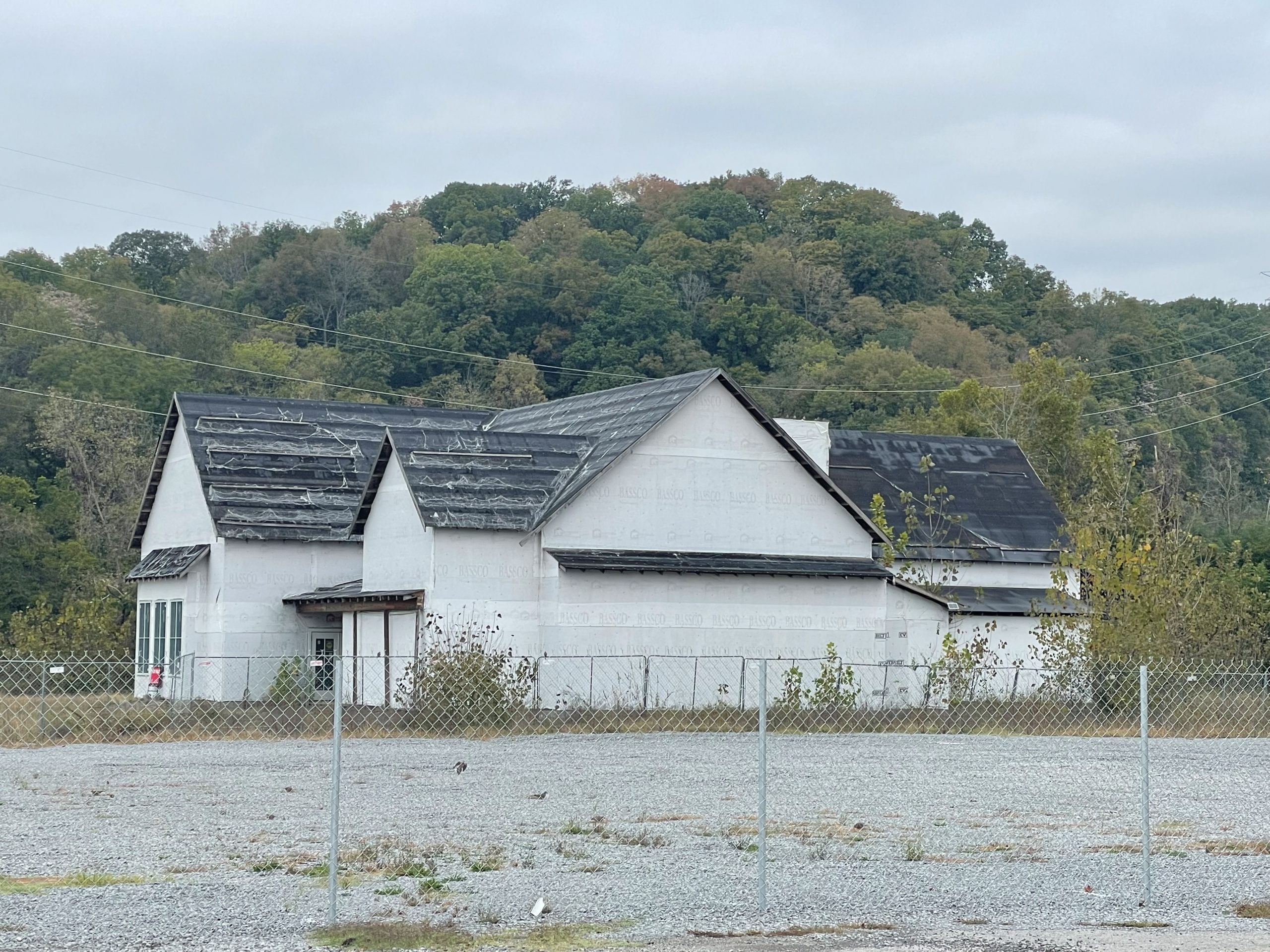 Somewhere along the way, the lights went out on those big plans. For at least five years the half-built 6,700 square foot structure has remained a white-clad shell, leaving residents to speculate what will become of it, or wondering whatever it was supposed to be in the first place.

According to local real estate brokers, several uses for the site, ranging from banks to retail stores, have been proposed by various developers but concrete plans have failed to materialize.

The cast of Larry’s Country Diner, a popular variety show that once aired aired nationally on the RFD Network. Photo provided.

Metro District 22 Council Member Gloria Hausser says one idea that is gaining traction is for the site to be developed into a small-scale urgent care medical center. Such a facility would serve two needs by providing area residents access to immediate, quality healthcare, thereby easing the burden on the emergency room at St. Thomas West, the closest hospital to Bellevue.

Earlier this year the property had been designated for demolition but that has since been postponed in order to give the owners more time to negotiate a sale. Hausser is looking for a satisfactory resolution soon.

“From my perspective it’s the entrance to Bellevue,” says Hausser. “For that reason it needs to be built out so that it’s no longer an eyesore. I know that the neighbors are sick of seeing it.”

Even though the property has been in unfinished condition for years, Hausser still considers it “a prime piece of real estate.

“I just want to make sure it is compatible with the neighbors and safe from a traffic standpoint,” she says. “It can’t create a jam problem being that close to the (interstate) exit. 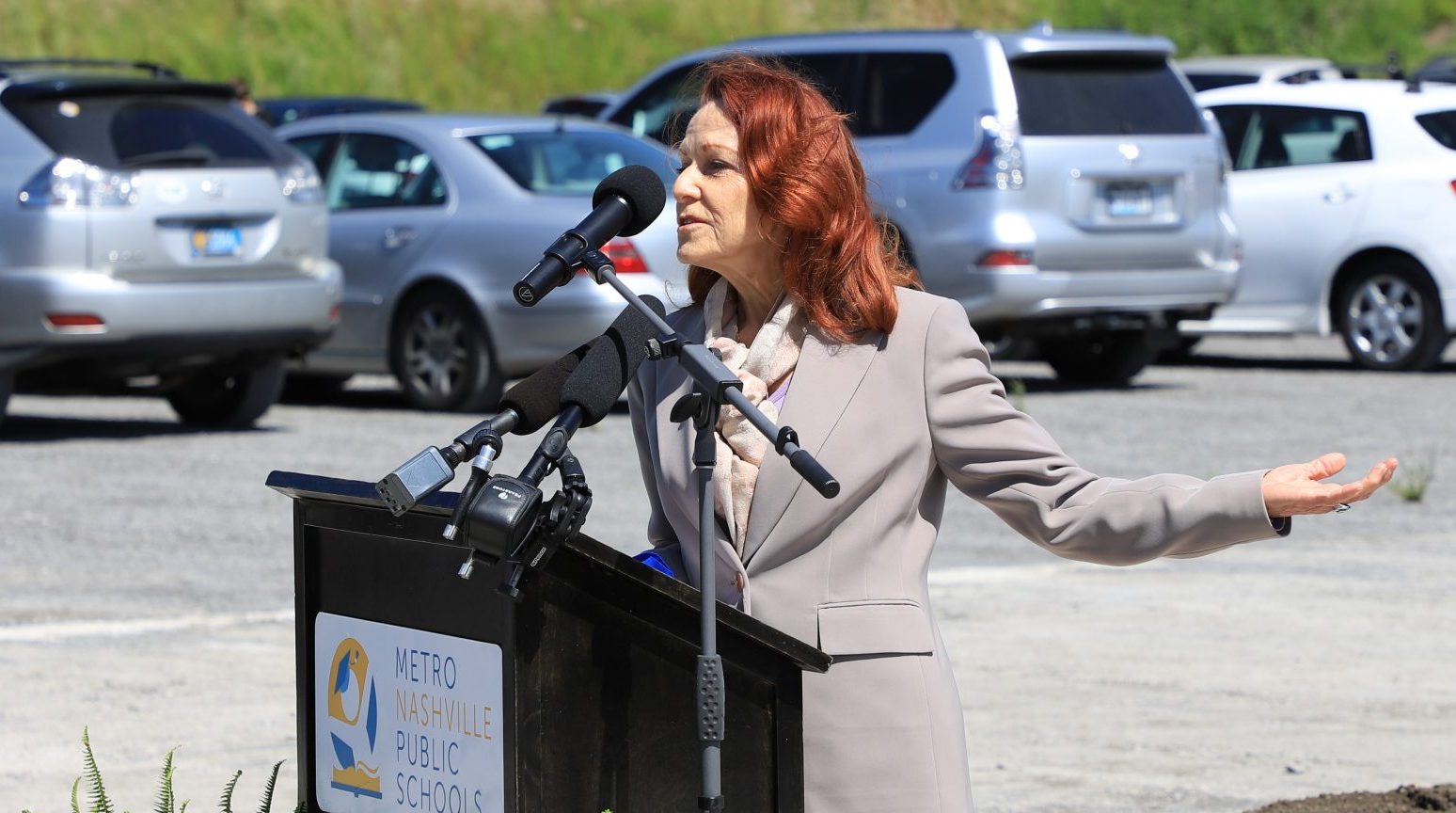 Metro Council member Gloria Hausser is working to find a long-term solution to the longstanding problem of the unfinished property on Highway 70 South near I-40. CurrentVue file photo by Ed Atlas.

At this time, the property’s owner has not been identified publicly. CurrentVue will continue to report as the story unfolds.