WRITE IT DOWN: How a cherished family keepsake led to an unlikely second career for John R. Hall 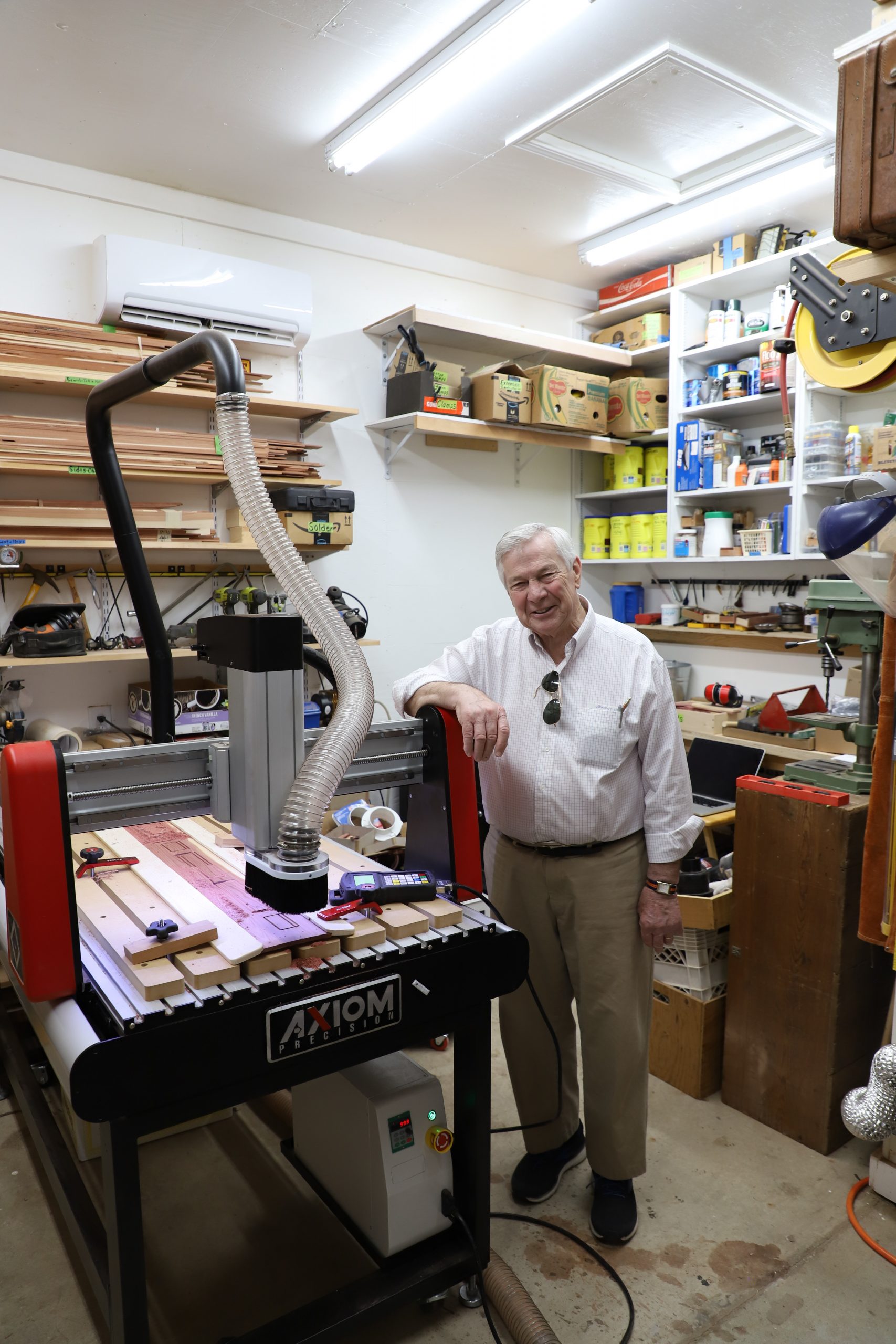 It happens in so many families after a parent passes on.

Siblings gather to sift through belongings that reveal the stories behind an influential life. Items of varying values evoke an equal blend of tears, laughter and wistfulness.

“The grandkids will love these!”

A similar scene unfolded shortly after John Robert Hall’s father passed away in 2017 at the age of 97. In this particular case, it was a pack of pencils that the elder John Martin Hall used to promote his fledgling chicken breeding business about 75 years ago.

“My dad came home from WWII in 1946 and wanted to start his dream business which was to be a poultry man,” says Hall. “So he ordered a thousand pencils from this company in upstate New York and when he died in 2017 we found a couple of boxes and we parceled them out to family members like they were gold.” 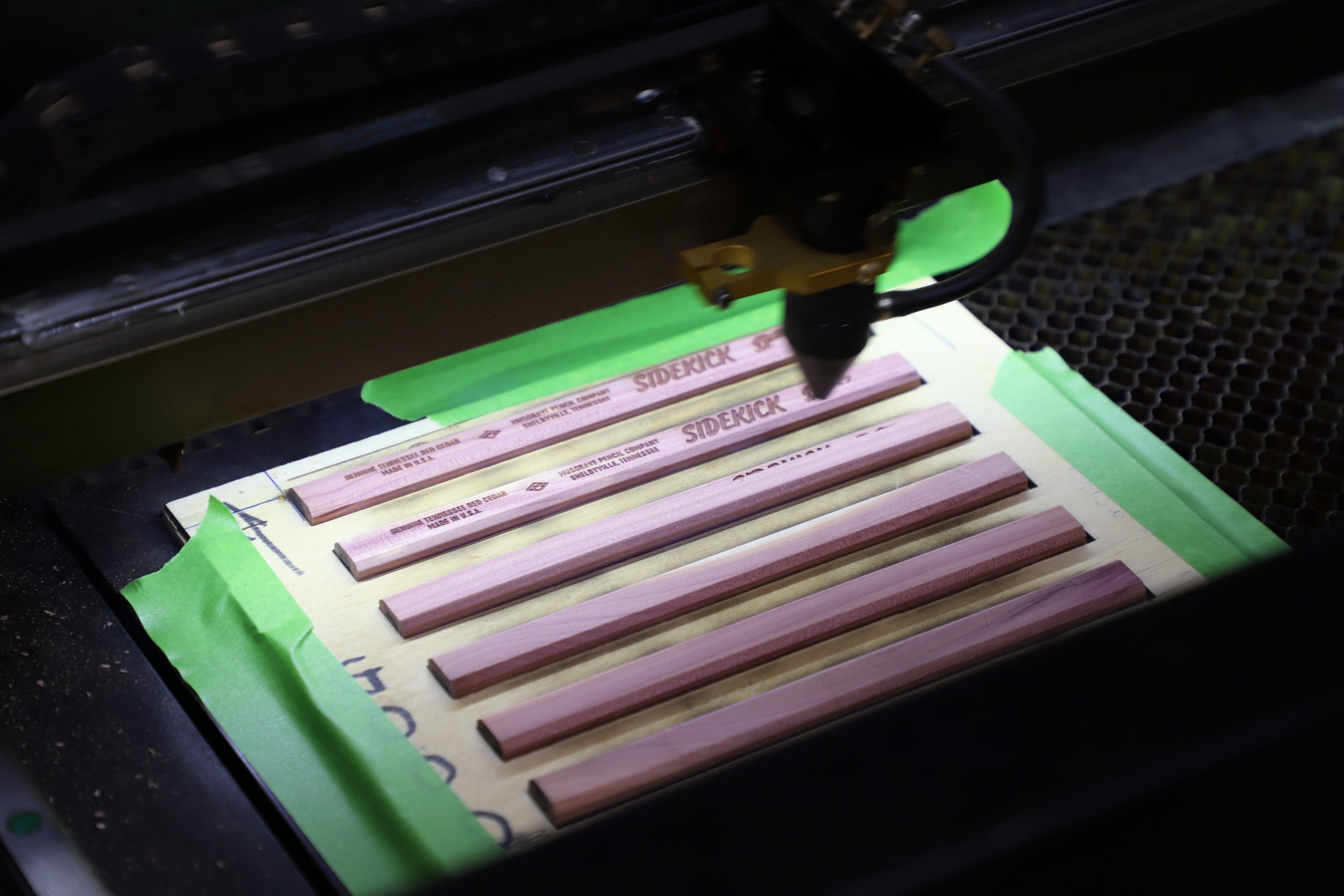 However, just two years later, the discovery of those sentimental, cedar writing-utensils would lead to an unlikely second career for the retired educator and musician.

While watching Nashville Public Television, Hall saw an episode of Tennessee Crossroads that featured a segment on the Musgrave Pencil Company in Shelbyville. That inspired him to order some pencils to promote JH Handcrafters, his small woodworking business where he makes decorative, engraved signs for business owners or organizations to give as gifts or present as awards.

“I ordered online and at the end of the order there was a comment section and I told them the story of my father,” says Hall. “I paid them $183.00 and they sent me 720 pencils.” 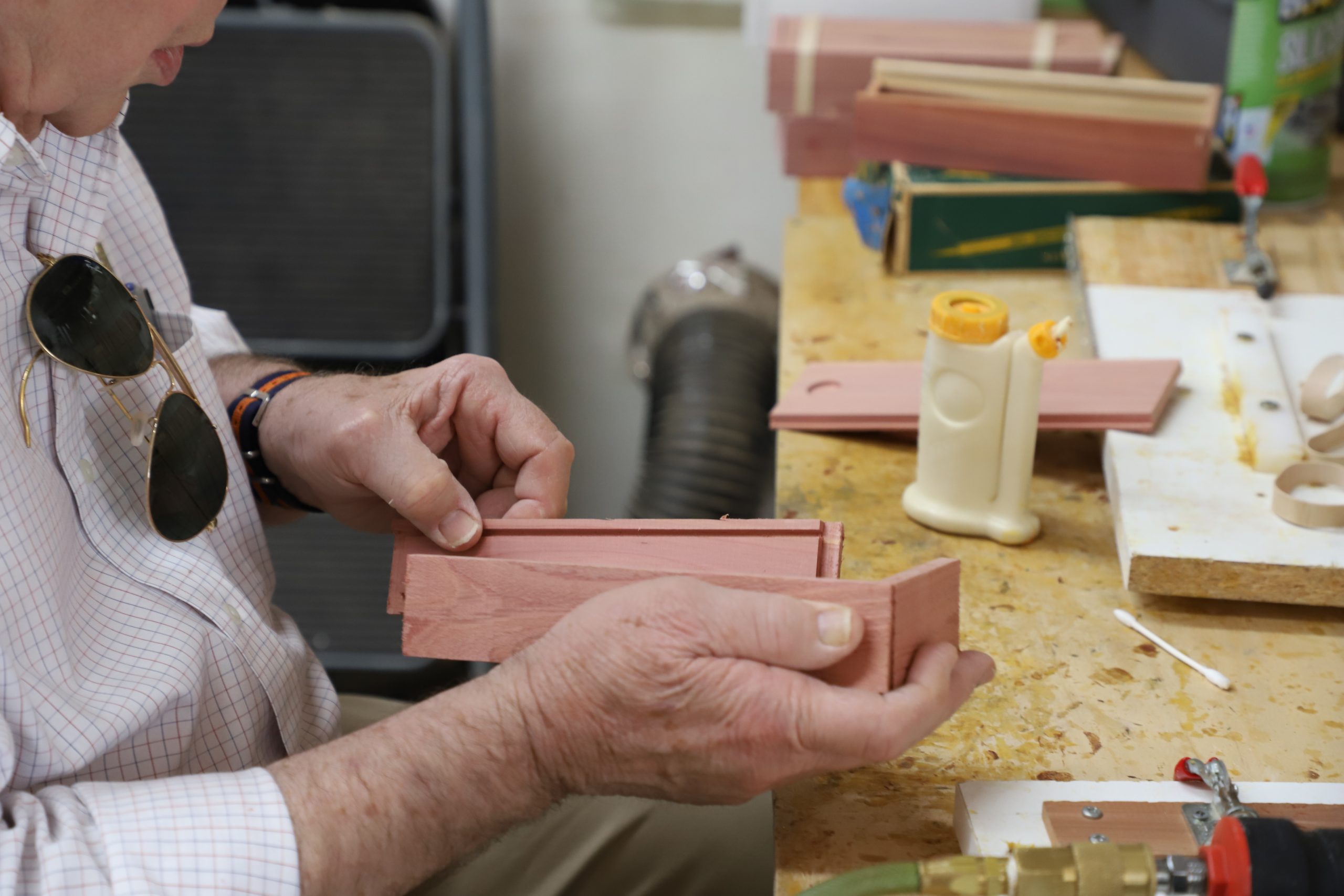 “Then May comes along and I get a (pencil) box in the mail from Musgrave with a note that says, ‘Can you make this?’ I’d never made a box like that in my life but I said I’m sure willing to try.”

As it turns out, Musgrave’s box-making vendor had long since gone out of business. But there is an enthusiastic market that appreciates the elegant simplicity of the wood case pencil and Musgrave needed 120 high-quality aromatic cedar pencil boxes for the Sun Valley Idaho Music Festival.

Hall sent a prototype. After some back-and-forth, the company approved the design and placed the order. 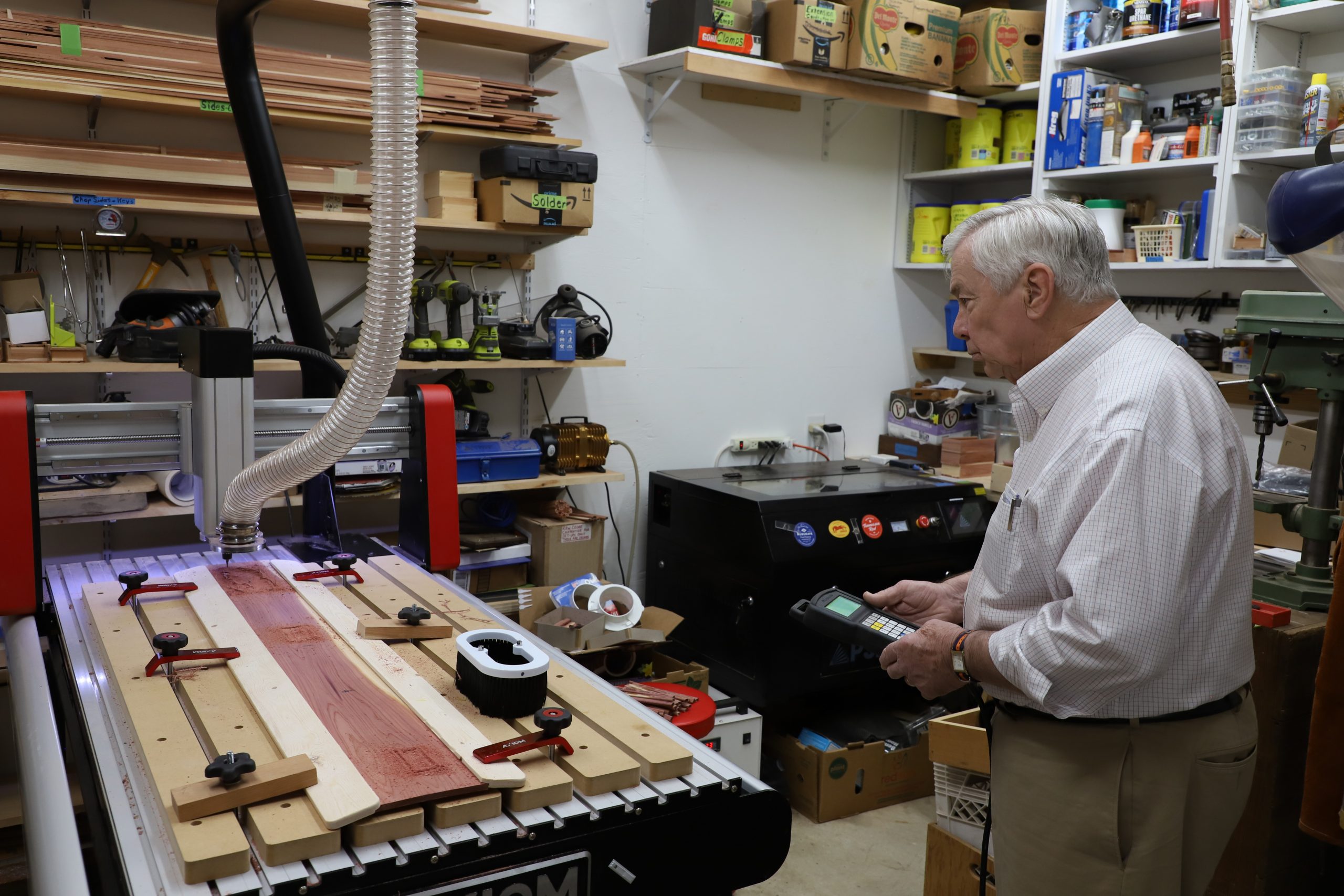 The rest, as they say, is history.

As the orders kept coming, the workload increased. Then, when Musgrave introduced a box for its popular Tennessee Red pencil, “folks just went nuts,” says Hall.

With the approval of their HOA, Hall and his wife, Freda, converted the carport in their Bellevue subdivision into a manufacturing shop. Freda became a full participant in the enterprise, doing everything from operating the sanding machine in sub-zero weather, to being ‘chief chopper’ of small parts on 100-degree afternoons. 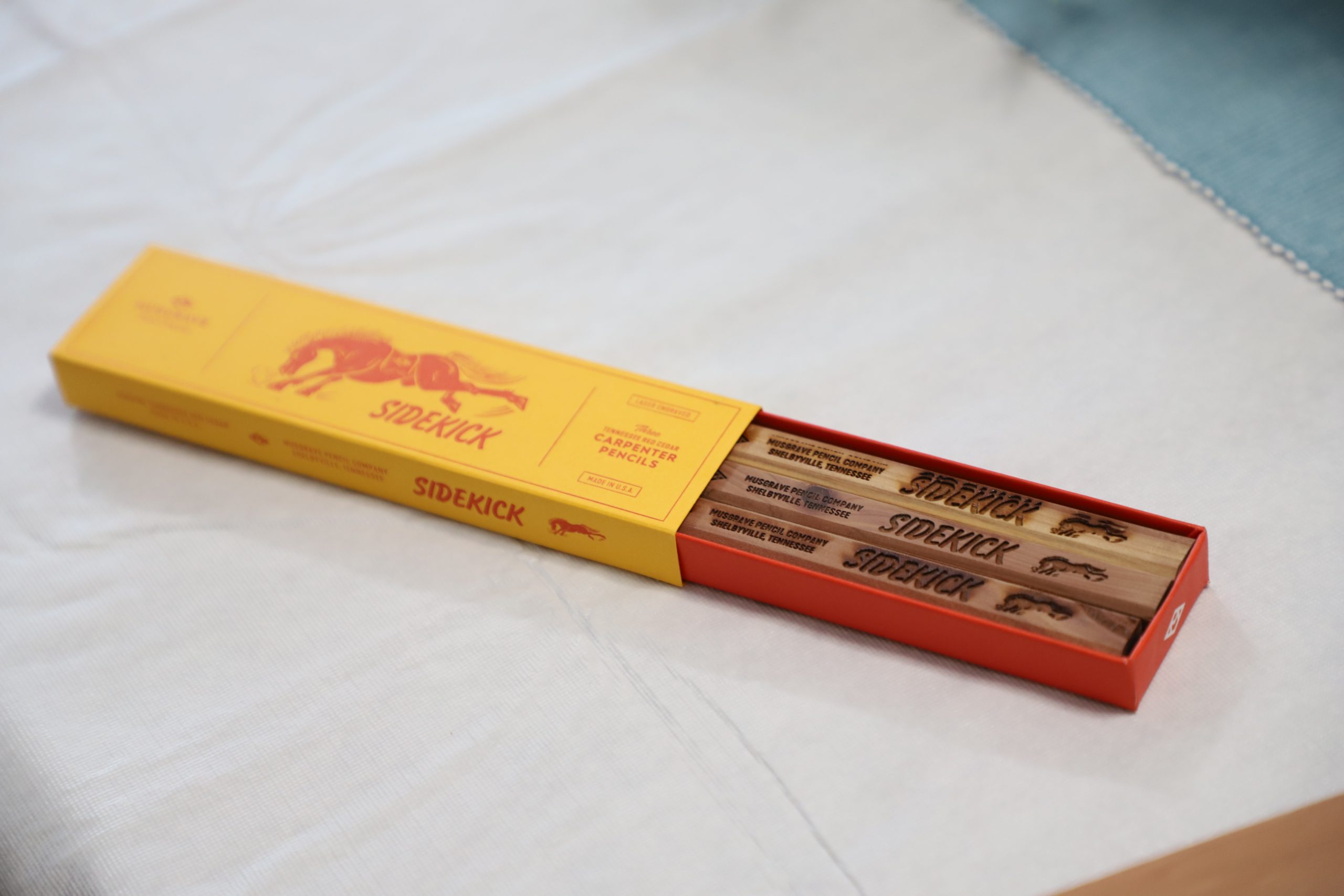 They enlisted the services of their grandchildren and put them on the payroll to help meet the demand. And they purchased a CNC machine – not a trivial expense, according to Hall – that improves efficiency and makes for a consistent product.

Hall is fond of saying that the business, “started as a non-profit with four clients: three daughters and a wife. And the inspiration for each project began with, ‘Dad, can you make … ?’”

The magnitude of the transformation from making a few small items at a relatively leisurely pace is not lost on him.

“We didn’t know what we were going to be doing but we made a few boards for a few clients,” he says. “So I thought, ‘Why don’t we get some pencils? Who knows, we might get some business.’

“And then this box shows up from Musgrave and we don’t have time to do anything for anybody else.” 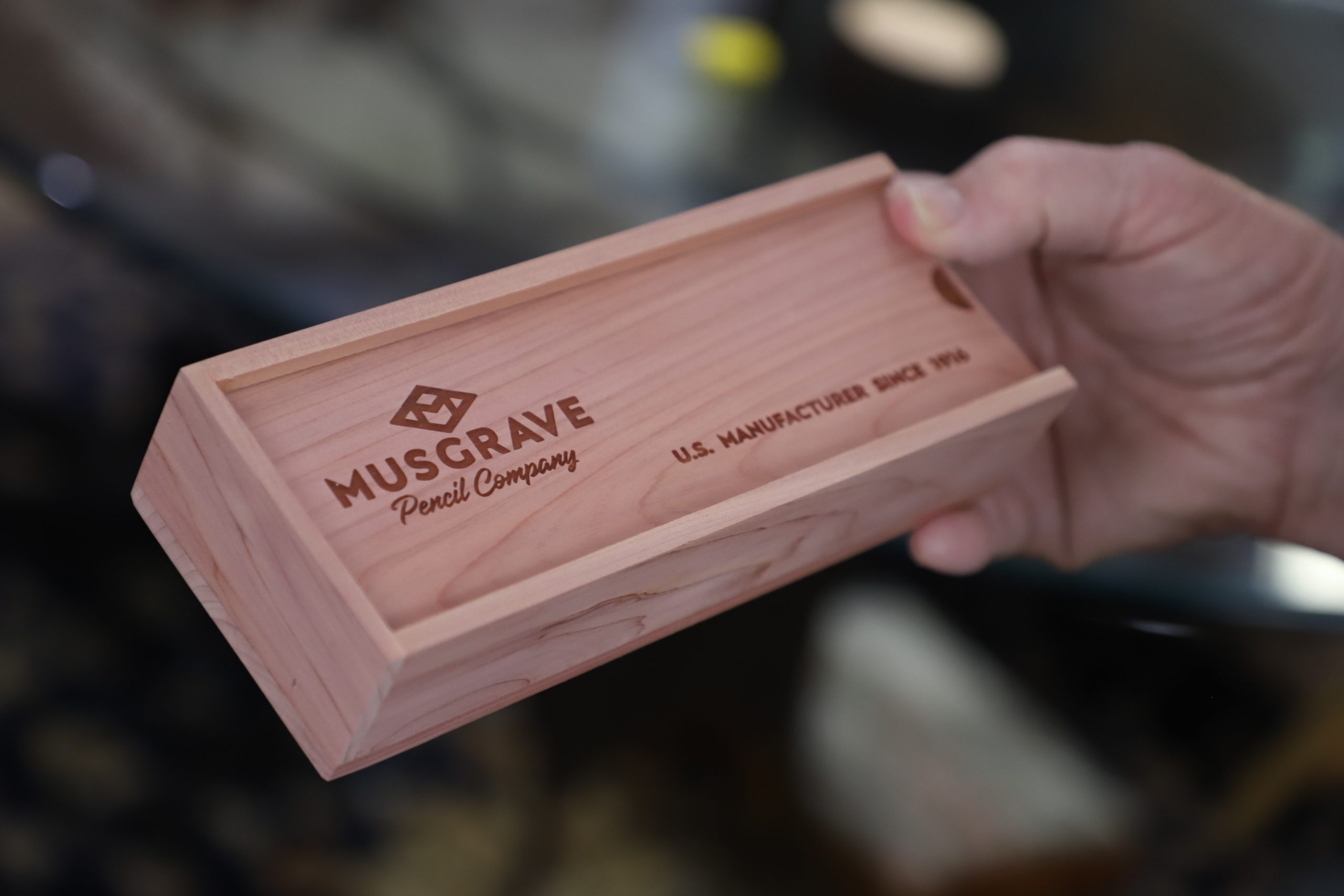 At this juncture it’s likely a stretch to say that Hall has struck gold with JR Handcrafters. But as he works each day in his converted carport, alongside those he loves the most, it sure feels that way. 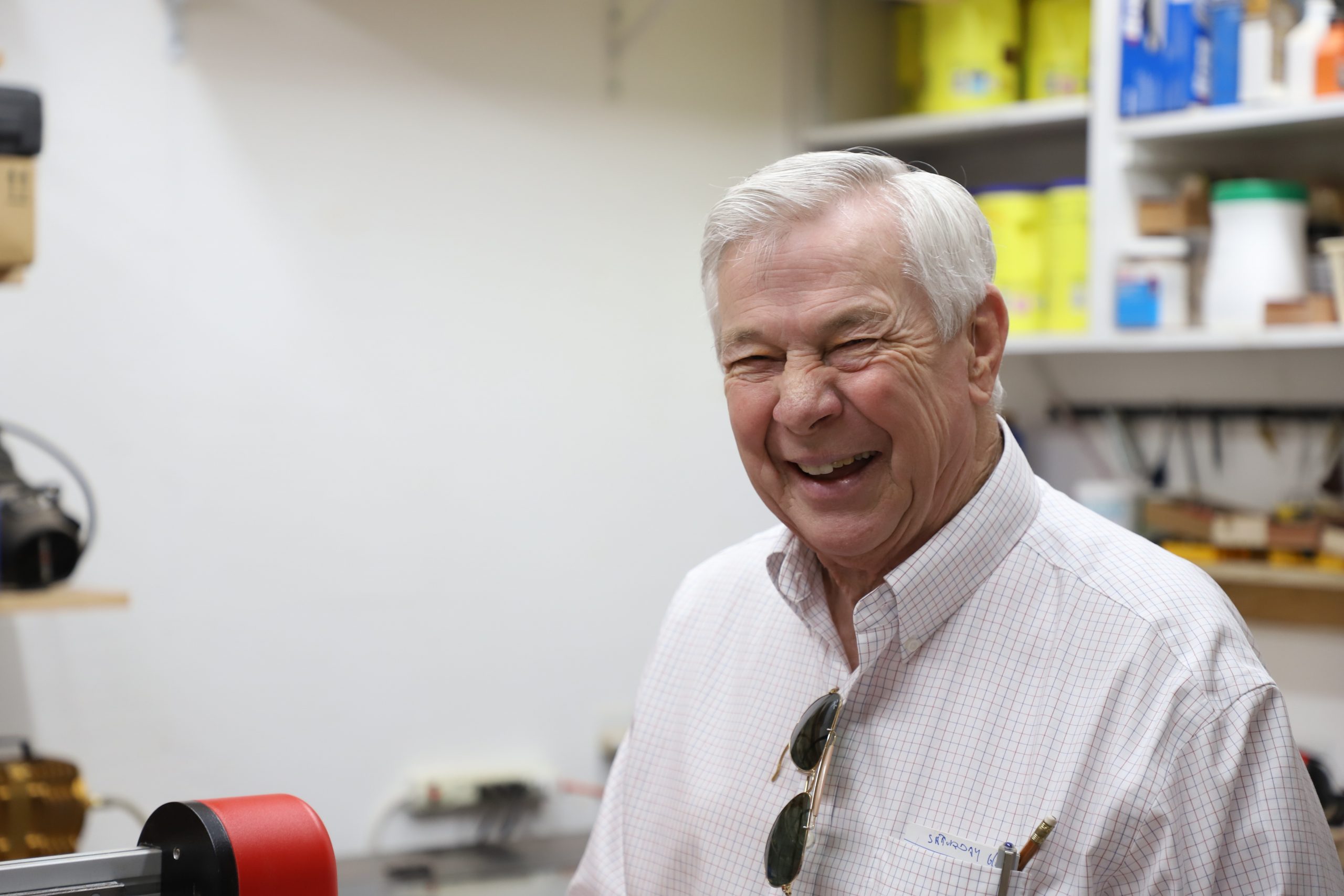