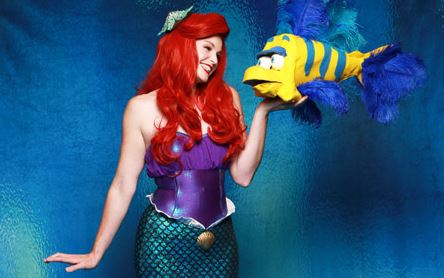 The Nashville Children’s Theater has made quite a splash with Disney’s The Little Mermaid.

Directed by Ernie Nolan and backed by a live orchestra, NCT delivers a crowd-pleasing performance of the beloved tale of a 16-year-old mermaid who dreams of life on land. The musical is based on the mega-popular Disney animated film from 1989, which in turn is based on a story by Hans Christian Andersen.

The hour-and-15-minute run time includes many familiar themes,  sending an empowering message to kids that one can alter the course of his or her future.

The show runs until December 23rd, so not a lot of time to see this colorful, visual delight. Children and immediately mesmerized by the colors, the songs and the magic of Disney. Make plans for a  trip “under the sea” with your little mermaids and sea urchins. You wont be dissapointed!